A LIMITED edition super car which is believed to be worth millions of pounds was left damaged after colliding with a Honda Jazz on Victoria Avenue.

A Guernsey-registered Ferrari Enzo and a Jersey-registered Honda Jazz collided in the west-bound carriageway near La Motte Ford at about 11.30am on Thursday.

Avenue westbound shut as a #ferrarienzo has been totaled ???? #ferrari #crash pic.twitter.com/dpMgyssQRr

One Islander who witnessed the crash said: ‘The Ferrari Enzo was heading towards town, past the traffic lights next to the TrustFord garage, and came crashing over the central reservation, spinning around.’

The Islander added that the Ferrari then ‘span across the westbound carriage and landed in its position on the path of the lay-by, outside Vinny’s cafe’.

It is understood that a delivery driver was at the wheel when the crash happened.

Only 400 Ferrari Enzo’s were ever produced and it is understood that the car could be worth more than £1 million.

The Guernsey-registered vehicle had its tail end and side smashed and scattered across the road. 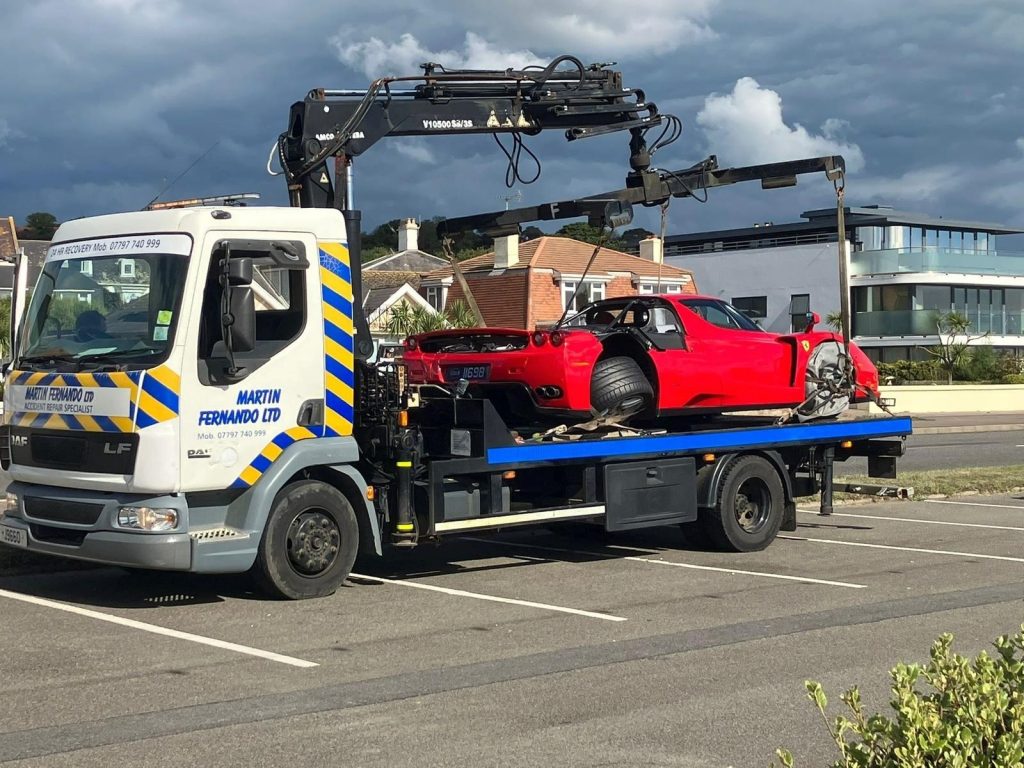 Police, paramedics and firefighters were sent to the scene. An elderly driver was taken to A&E as a precaution.

The incident caused a lot of congested traffic, but the road eventually reopened in the early afternoon.