THE dairy farming industry has welcomed a £400,000 government support package designed to help them survive the ‘double whammy’ of spiralling operating costs and summer drought conditions.

Announcing the additional funding yesterday, Economic Development Minister Kirsten Morel said the payment would be entirely funded from underspends in his department’s existing budget, and used to ensure the viability of the industry.

Dairy farmers will be paid automatically during the first week of October, with funding based on a per-cow basis.

Jersey Dairy chairman Andrew Le Gallais said the invasion of Ukraine had pushed up animal feed prices at the same time as drought conditions since early July had left very few grazing fields for Jersey cows. Cows were already eating feed set aside for the winter, he added. 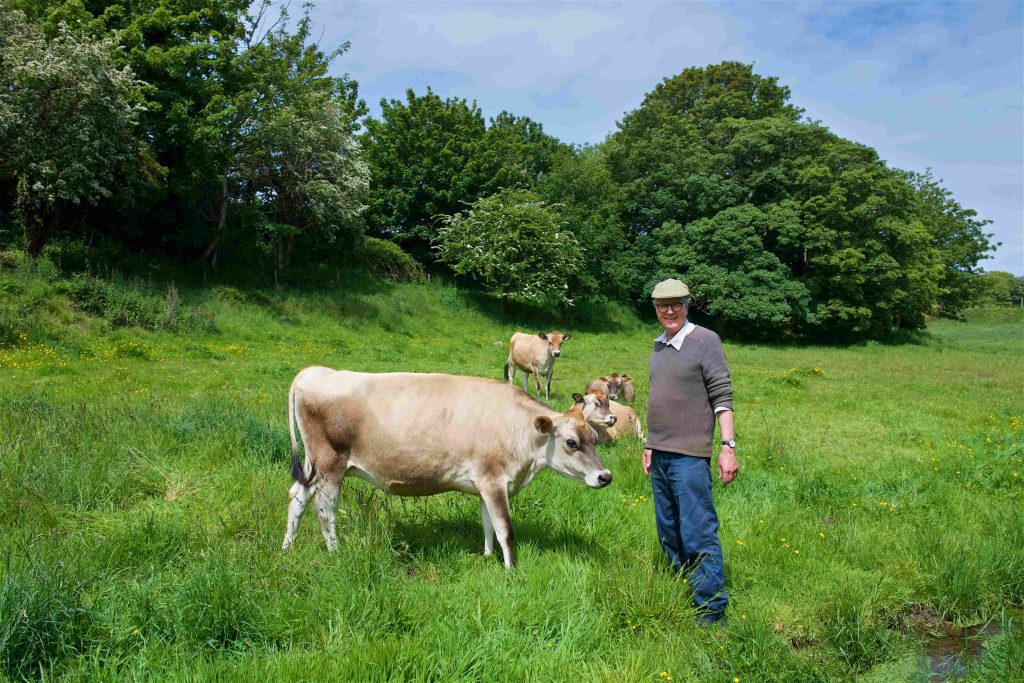 Soaring temperatures, a lack of rain and rising costs have combined to make this summer one of the most challenging in living memory for local farmers.

Mr Le Gallais said: ‘We’re extremely pleased to receive these funds at this critical moment in time. The double whammy of price rises and drought conditions have led to low profitability and low confidence amongst the dairy farmers. This is a much-needed cash injection from the government.’

Mr Le Gallais added that the government and the dairy sector had worked hard through the summer to arrive at this package of measures.

Deputy Morel said: ‘This intervention is necessary to ensure the dairy industry’s viability in the short term. We know that farmers have been under significant pressure over recent months with significant increases in the costs of fuel and feed and drought conditions over the summer months.

‘Jersey’s dairy farmers are important not only to ensure our high-quality and internationally recognised milk, but also as custodians of our Island’s natural environment and landscape which they do so much to protect.’

He added that the risk of the withdrawal of any one of the largest six dairy herds from the industry could leave the Island short of milk and in need of imports, which could undermine the industry meaning the ‘fragile economic ecosystem could quite quickly collapse entirely’ without government help.

There are currently 13 dairy farms in the Island, with just over 2,000 cows producing 13.5 million litres of milk to supply Jersey Dairy. In addition to this short-term package, plans are under way to ‘secure more long-term security for our rural economy’, according to Deputy Morel.

Mr Le Gallais added that famers and the government were working together on a plan to secure the long-term viability of the industry.

He said: ‘We’ve got increasing costs coming for the next six to nine months and we hope to make sure together that the younger generation of dairy farmers can look forward to a viable future.’

If the current rate of decline in the number of dairy herds is maintained, the industry will cease to exist within ten years.

Snowfall in Jersey possible – but Met Office not confident in forecast