A SENIOR clinician has called on the next States Assembly to push ahead with the project to construct the Island’s new Hospital at Overdale.

Consultant gastroenterologist David Ng said he was delighted and relieved at the decision by Environment Minister John Young earlier this week to grant planning permission for the £804m scheme.

‘We need to ensure that we get the hospital built. Any more delays would cost lives if we were to have another airborne virus like Covid-19.’

Staff morale had been significantly affected by the protracted debate over the project in recent years, with potential recruits being put off from moving to the Island, Dr Ng added.

He said: ‘The money wasted on all the different decisions, debates, planning discussions and reviews could have been spent on better equipment and conditions.

‘I hope the new States Members don’t try to stop what’s been legally agreed by the Assembly, recommended for approval by the inspector and approved by the Environment Minister.’

In his evidence to the planning inquiry, Dr Ng said that the need for a new health facility should outweigh the concerns that had been put forward.

‘During Covid, people suffered and died as a consequence of the Hospital’s ward structure,’ he told the inspector. ‘The Hospital is not ready for the next pandemic and the World Health Organisation predicts that this is inevitable.’ 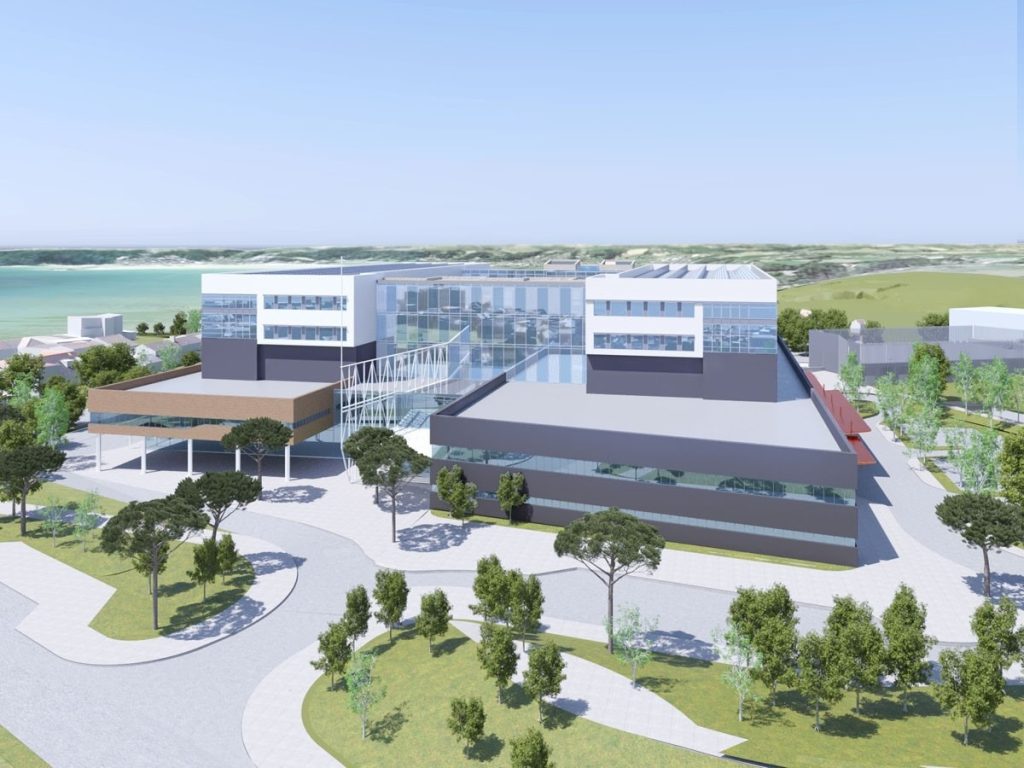 The granting of planning permission has also been welcomed by the Primary Care Body, which represents Island GPs.

Spokesman Dr Gordon Callender said: ‘We are pleased that the protracted debate with regards to building the new hospital has finally been resolved, and hope that it gives Islanders confidence in the ability of the hospital to meet their needs while remaining respectful of their views on the location.

‘It will also allow the focus on healthcare to return to the bigger picture, with the expectation of increased timely access to secondary-care facilities and investigations in support of patients and primary care.’

Following the news this week that Environment Minister John Young had granted planning permission for the project, the government has released a timeline covering the next stages.

Preparatory work at the former Les Quennevais School is due to start next month and be completed by the end of April 2023, allowing existing services at Overdale to move to the site in St Brelade.

The main construction phase of the new hospital is scheduled to start in January next year and be completed by August 2026, followed by a four-month phase of ‘clinical commissioning’, which will be completed by the end of 2026, at which stage the hospital should be fully operational.

Deputy Chief Minister Lyndon Farnham said this week that the project team would now negotiate the build contract, which he anticipated would be ready for the new government to review early in the next term of office.