Whether it is a business, a charity or a member of the public seeking the perfect location for events on an intimate scale, the new facility is likely to appear on most properly researched shortlists.

But what is surprising is that the new venue is not new at all. It has always been a feature of the landscape of the Howard Davis Park and the responsibility of the government, even if it has seen better days.

Now, with £750,000 of support from the Fiscal Stimulus Fund, the Howard Davis Hall by the park’s main entrance is being restored and will be let out under the direction of Superintendent registrar Claire Follain.

A former acting chairperson of Jersey Heritage, Ms Follain is an admirer of the approach adopted by that charity and by the National Trust for Jersey in giving new life to historic buildings by applying rental proceeds to their sustainability. She has visited official buildings elsewhere which have been operated in the same way. 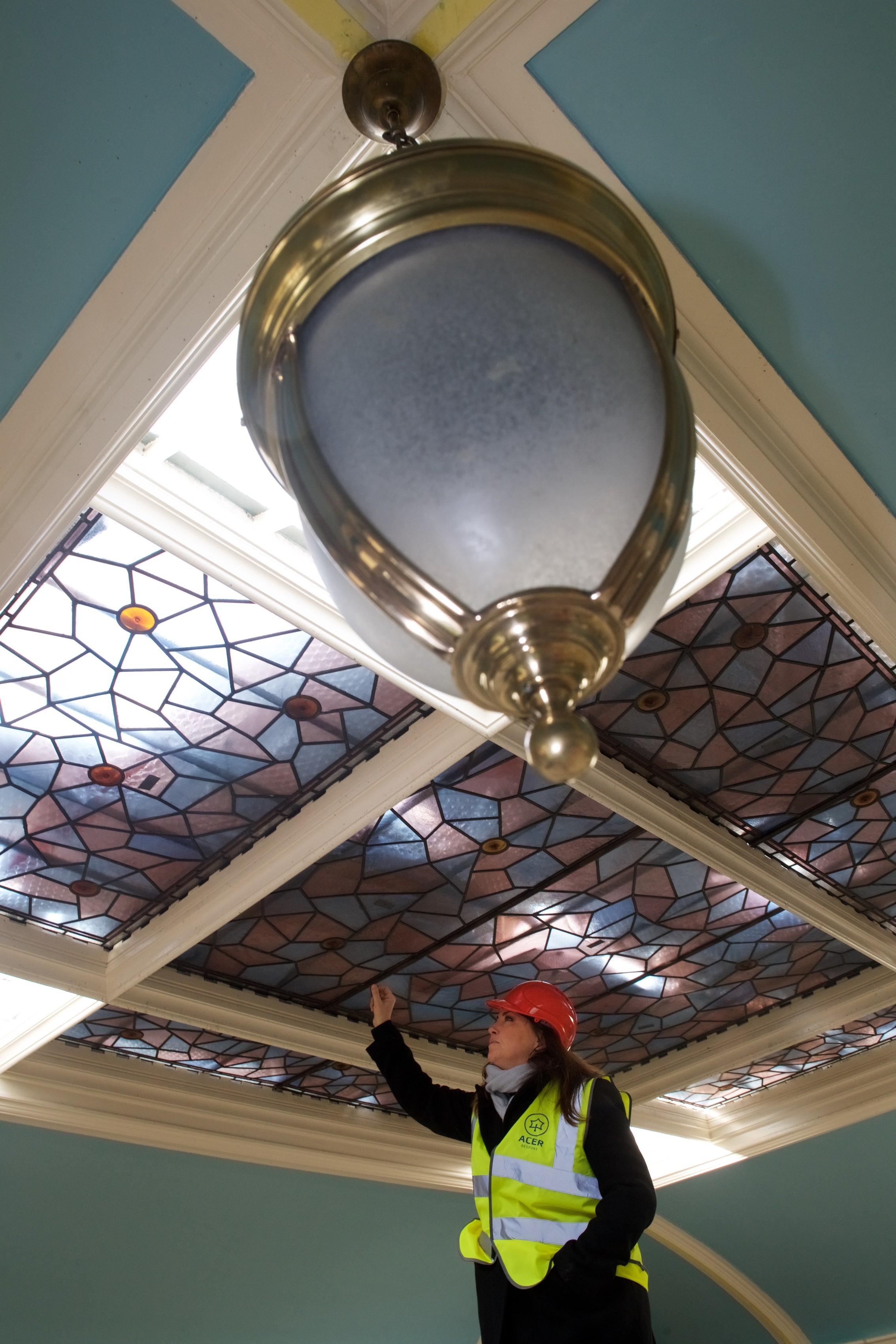 ‘Why would you have a building like this in public ownership and not make full use of it?’ she said. ‘The concept, which works in many other places, is for the government to have a building that pays for itself. The idea is never to be a burden on the taxpayer again,’ she said.

Four years ago, Ms Follain first took an interest in the former billiards hall – the only part of the original property, Plaisance, to remain when philanthropist T B Davis bought the site, demolished everything around it and created the park beloved of so many Islanders today.

Mr Davis directed that the hall should remain, a memorial to the son he lost in the Great War, but beyond bearing the name of that son, Howard, and accommodating his formal portrait, the hall has constituted a very minor attraction for most people visiting the park.

Moreover, the need for maintenance during the 1970s saw a number of important features compromised, including the boarding over of a balcony – from which ladies were once expected to admire the potting skills of their husbands from a suitable distance – the decay of original gas lamps and the concealing of parts of an original parquet floor.

All these details, including those lamps with suitable technological updating, will become features of the new venue, with a number of local craftspeople working on all aspects of the historic building, part of the Grade 1 listed park. Temporary scaffolding currently gives access to the distinctive stained-glass roof-lights, which are also being restored.

She is keen to stress that while the hall will come under the administrative direction of the Superintendent registrar, that does not mean it should be considered only as a place for wedding ceremonies or funerals. Its attraction is precisely its versatility, which would make it suitable for all manner of functions, including formal dining, presentations and smaller musical events.

Supported by facilities, including a kitchen, in the adjoining lodge, the hall is here, as Ms Follain puts it, ‘for whatever you want’.

‘It will be fascinating to see at the end of the first year what events it has hosted. I hope that it will become part of the fabric of the Island,’ she said, adding that the two new staff who will be taken on to manage the facility will work with the park administration so that events can share other facilities provided, such as the bandstand.

With building work and decoration planned to be completed in March or April next year, the Howard Davis Hall could be available for hire in June.