No mystery how lane got its name 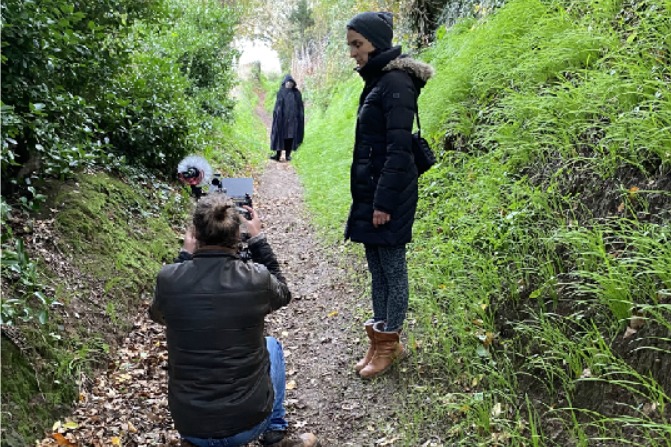 While recording on location in Ru ette à la Vioge – which is also known as Crack Ankle Lane – near Sandybroo k in St Peter, Tom Kennedy jumped down a bank and landed badly, breaking his ankle.

Mr Kennedy, of Little River Pictures, was shooting footage for Ghost Stories by Candlelight – a multi-media experience being presented by Jersey Youth Performing Arts in the Medieval Hall of Mont Orgueil Castle, in association with Jersey Heritage. 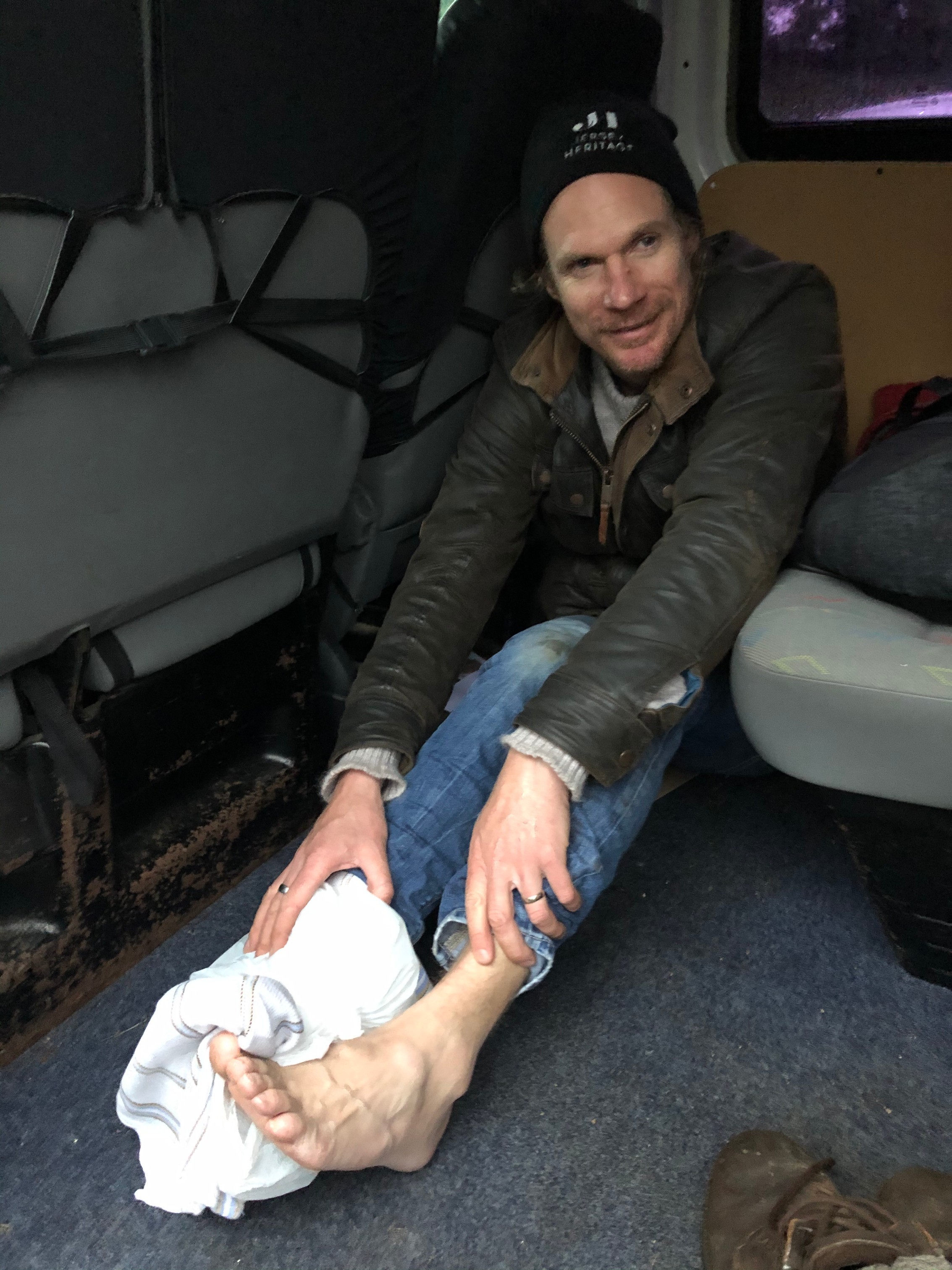 One story involves a monster called the Vioge, a demonic, scarecrow-like creature that drags victims to a hidden lair and eats them.

Mr Kennedy said: ‘This particular story was about this girl who was walking up the lane, and funnily enough [in] my role as cameraman, we were doing everything from the girl’s point of view – so I was actually playing the girl in a way.’

He explained that he had been clearing up the set when the incident happened,

Asked if he thought he had been ‘marked’ by the Vioge, he said: ‘I am not a

particularly religious person, but because it was all a bit bizarre my dad gave me a cross as a keepsake in case I was a bit cursed. I did keep that in my jeans for about three weeks just in case.’

Ghost Stories by Candlelight takes place at Mont Orgueil Castle on Saturday 4 and Sunday 5 December and Saturday 11 and Sunday 12 December at 3pm, 5pm and 7pm, and Friday 10 December at 6pm. Tickets are £3.50 at the door, but the performances are not suitable for children under nine years old.