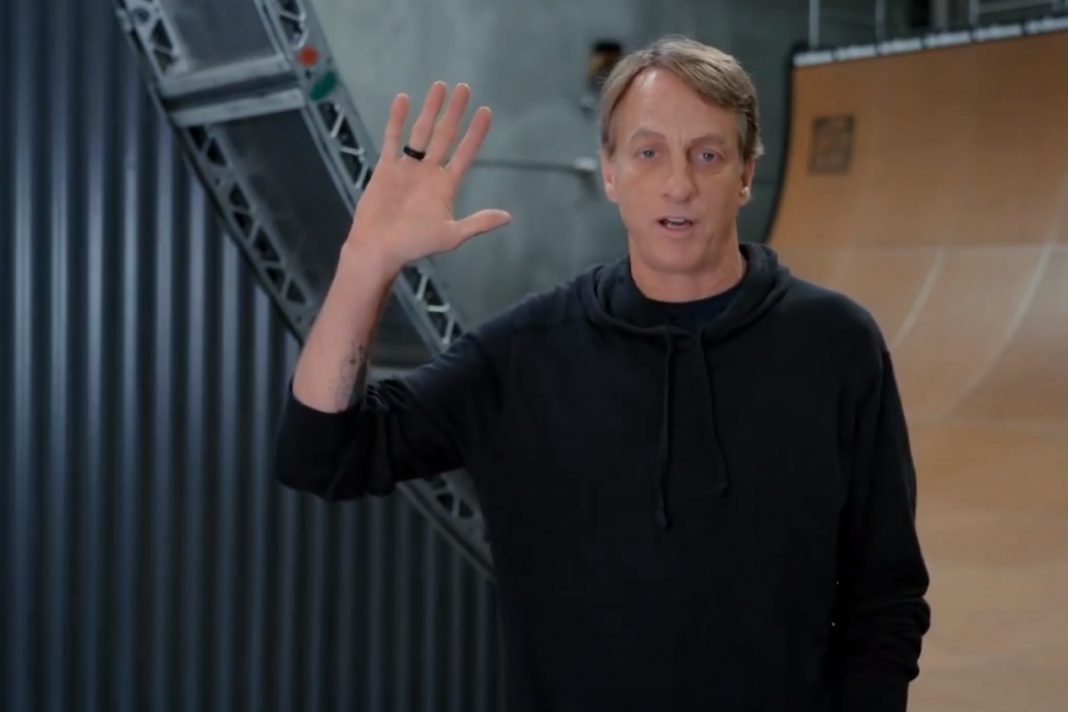 The ten-time X Games winner and the most recognisable face in his sport said that once the government see how many people use the new facilities it will encourage them to build more.

The 53-year-old, who lends his name to the popular video game Tony Hawk’s Pro Skater, was speaking in a video which was organised by Islander Natalie Mayer, who is a former snowboarding magazine photographer and used her contacts in the industry to track down Mr Hawk.

She asked if he would put a video together to encourage the government to ‘push on’ with plans to improve skating facilities in the Island.

Even the biggest legend in skateboarding knows what we’re waiting for!!

Last month plans for a new skate park at Les Quennevais were approved unanimously by the Planning Committee.

Construction firms are now being invited to tender for the building contract for the park. Work is expected to begin in January and could take five months to build. The facility is set to include 2,000sq-m of surface area ‘to cater for all user preferences and abilities’, as well as a bowl, rails, benches, ledges and platforms.

An application for a similar facility at South Hill was lodged in mid-March but is yet to be formally registered on the planning website.

The government has also proposed a number of smaller satellite facilities be built in the Island.

Addressing the government and the skating community, Mr Hawk said: ‘Keep up the fight and stay on course because there is always a lot of red tape and push back with skate parks but eventually they get made, and the cities and states see how much use they get and they end up wanting to build more.

Commenting on how the video came about, Mrs Mayer said: ‘Through my contacts in the snowboard industry I managed to track down Mr Hawk, who is a big campaigner for skate park developments, and get him to record the video.

‘I thought it would be great to have someone of his stature and fame advocate for our facilities over here and encourage the government to push on with plans to build new facilities. The kids will see that video and be inspired too.’

She added: ‘Even though the Les Quennevais site has been approved, we want to see progress with the South Hill application and we want satellite facilities built in other parishes too.’