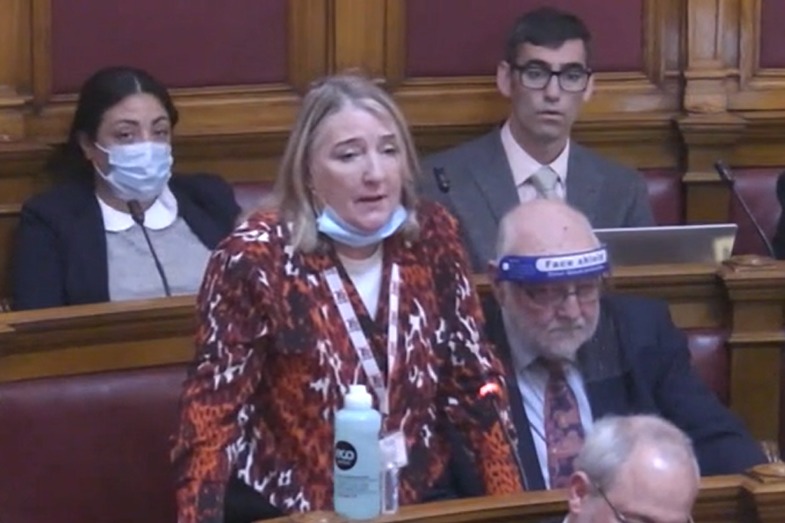 Responding to a petition, Deputy Judy Martin said she was unwilling to repeal the ‘Overlapping Benefits Order’, which bars Islanders from receiving more than one weekly benefit.

More than 1,600 people have signed a petition calling for it to be scrapped.

The order means that full-time carers who reach pensionable age cannot collect their state pension as well as the carer’s allowance. They must choose which one to receive.

The petition says that carers save the government ‘millions of pounds each year’. But Deputy Martin explained that paying people both would prove costly – especially with the expected large increase in the number of pensioners.

The Home Carer’s Allowance is paid to working-aged adults who have to give up full-time employment in order to care for someone, and normally stands at £232.47 per week.

When faced with the choice between the HCA and old-age pension, Islanders are free to select the benefit that offers them the most money.

A carer who is already a pensioner cannot apply to receive the HCA.

The petition states: ‘This antiquated law prevents people of pensionable age being allowed to receive a Home Carer’s Allowance or any other benefit as well as their old-age pension.

‘HCA should be paid as well as OAP, as carers save the States millions of pounds each year.’

However, Deputy Martin said she would be unwilling to repeal the law.

She said: ‘The Overlapping Benefits Order is an important part of the structure of the Social Security scheme.

‘A fundamental principle of the overall scheme is that individuals who qualify for weekly benefits will only receive one benefit for each week.

‘If the order is repealed, individuals will be able to make multiple benefit claims for the same period and receive multiple payments in respect of the same week. This would be a significant change and would need major changes to IT and administrative systems to implement.’

She added: ‘It would also significantly increase the cost of running the scheme.

‘The main benefit paid out of the Social Security Fund is the old-age pension. The number of people reaching pension age is increasing and will continue to increase as a result of the overall ageing demographic.

‘The cost of providing pensions in the future will grow rapidly and some of the reserves that are being built up in the fund will need to be drawn upon to meet these increased costs.’

Petitions which receive 5,000 signatures or more are considered for debate in the States Assembly.