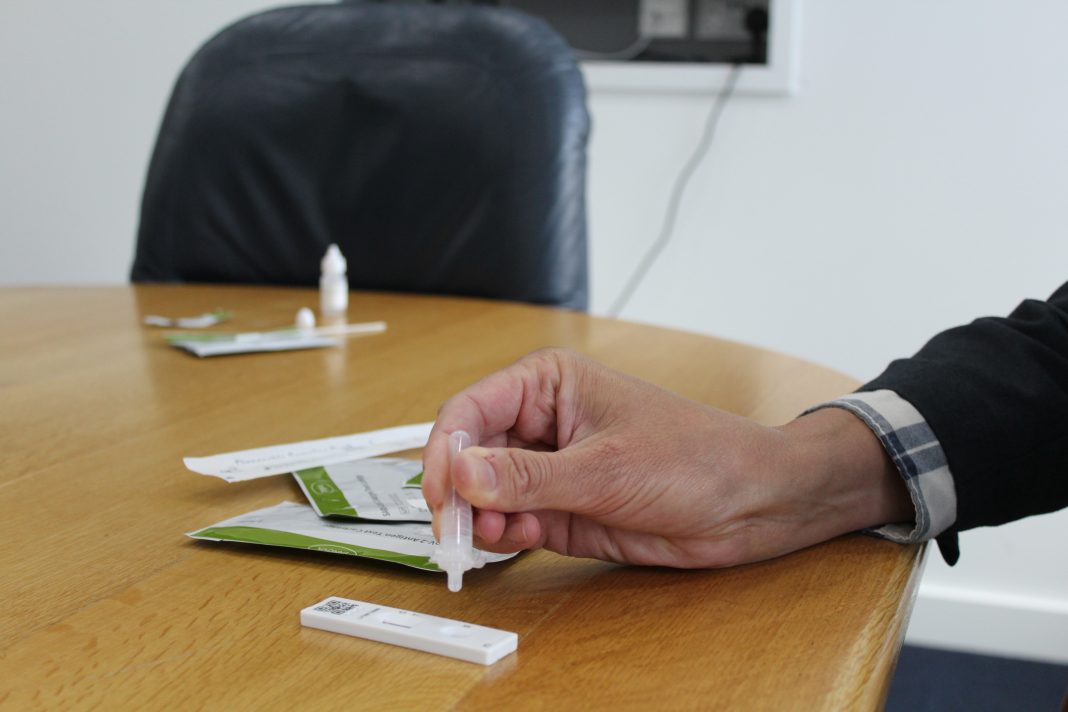 Islanders are encouraged to ‘start the night right’ by taking a lateral-flow test before socialising or attending Christmas parties, with other advice including:

– Wearing a face mask in indoor public spaces where possible.

– Ventilating venues where people will gather.

– Staying at home in the event of feeling unwell or having Covid symptoms.

Health Minister Richard Renouf said that taking an LFT before attending parties would protect other people and safeguard the business continuity of establishments such as pubs, restaurants and clubs.

And Dr Ivan Muscat, deputy medical officer for health, said more than 23,000 Islanders had registered for the home-testing programme, with 333 positive LFT results submitted online. Many infections might have gone undetected, he added, if people had not had an initial LFT and then confirmed their status with a PCR test.

Free LFT kits can be ordered online at gov.je/testing and take about five days to be delivered to homes.

Islanders requiring pre-travel PCR tests have been reassured about the ability to have their tests processed on-Island.

Private providers of PCR tests, which include surgeries and pharmacies, have extended their agreement with the OpenCell lab next to Jersey Airport until the end of January.

Since September 2020 the OpenCell lab had processed government PCR tests, before switching to a new facility at the General Hospital earlier this month.

Although the lab at the Airport is due to be decommissioned in the new year, it will remain available until at least 31 January.

Stephen Robinson, business manager at Seven David Place surgery, said the extended agreement was good news for those planning to visit countries which required proof of a negative PCR test, particularly over the festive season. Previously, there had been concern that samples might have to be sent to the UK for processing and results might not be received in time.

Mr Robinson said: ‘Customers have been relieved to hear the news and we’re confident we’ll be able to provide a service for most travellers.

‘We’re keeping in close touch with those with more complicated itineraries, particularly if they are travelling over Christmas and New Year, to ensure we can accommodate them.’

Beyond the end of January, talks are continuing regarding the possible use of the new Hospital lab.

A government spokesperson said: ‘The government is in discussions with private providers regarding the option to contract with the new Hospital lab in the future.’