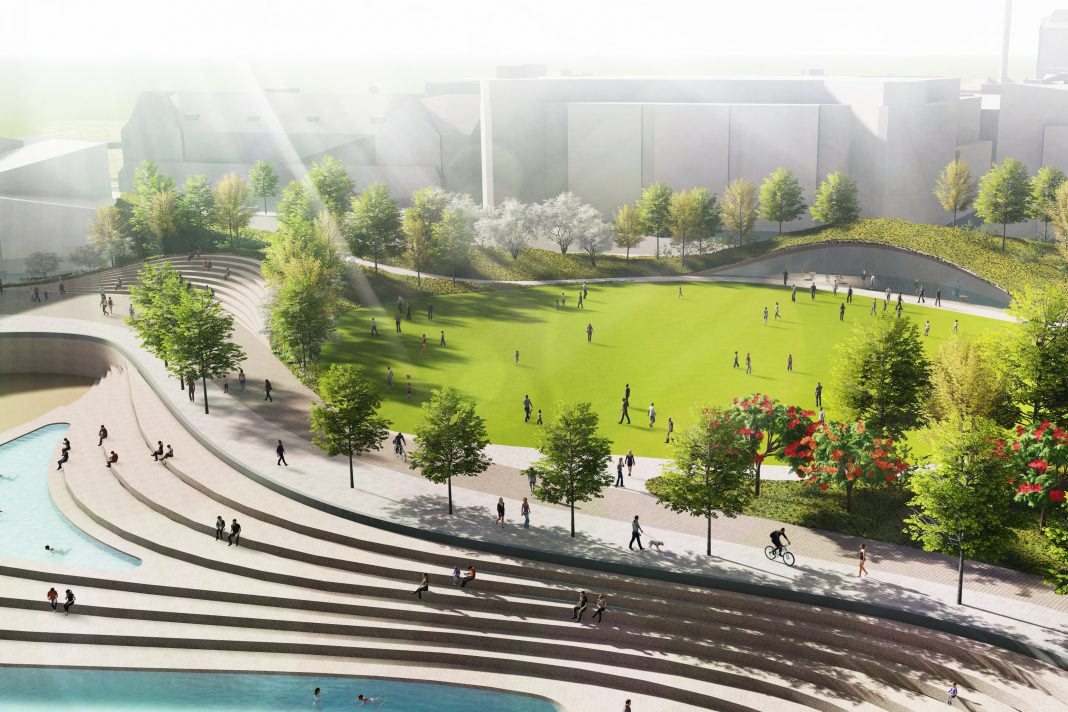 Senator Sam Mézec wanted at least half the homes in the proposed South Hill and Waterfront developments to be designated ‘affordable’, but his proposition also gave States Members the option to set the level at 30%, up from the current allocation of 15%.

Yesterday in the States Chamber, politicians voted down his 30% proposal by 27 to 20, after his 50% amendment was also defeated by 28 to 18 on Thursday.

The Jersey Development Company plans for South Hill include 153 new homes on the site of the former Planning Offices, while the Waterfront would see 1,000 new homes, alongside a revamp of the area.

At yesterday’s debate, Senator Mézec said that ‘there are people who are living in homes which are earning more than they are’, referencing the steep rise in house prices.

He said that States Members arguing against his proposition were living in an ‘alternative universe’ that Islanders did not recognise, and were ‘out of touch’.

And commenting on the government’s relationship with JDC, he said it was a case of the ‘tail wagging the dog’.

‘It is not for the JDC to tell us what we are doing,’ he added.

External Relations Minister Ian Gorst said: ‘We have to deal with this housing crisis. For me, 15% is just simply not enough.’

Senator Gorst said he thought the plans could go to 20 or potentially 25%.

However, Children’s and Education Minister Scott Wickenden said the proposition could threaten to delay the developments which cannot wait ‘any longer’ adding that ‘there are people who are waiting to buy houses now and we should think about them too’.

And Deputy Lindsay Ash said ‘the conclusions are there in black and white’, referring to a government comments paper, which asserted that Senator Mézec’s proposition was ‘not financially viable, at least not in the near future, and will simply mean the scheme will not be progressed or significantly delayed’.