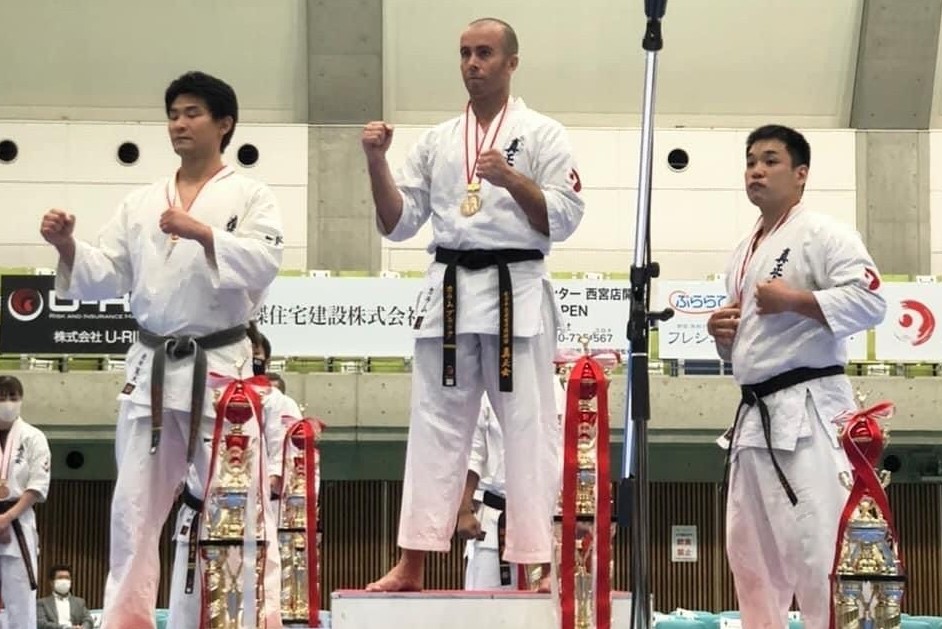 The 32-year-old Jersey-born fighter, who moved to Japan seven years ago to pursue a career in the sport, has already picked up two titles this year, to earn a seeded spot at the 2021 Championships.

Black swept aside his opponent in round one, before his semi-final fight saw him win by TKO with his opponent having to be stretchered off.

He then came out victorious in the final and received all five white flags from the judges and referee, and the success now goes alongside his 2017 win in the same tournament.

Black said he still cannot believe he came out on top.

‘I had to fight some very strong fighters and in the final I was against a famous Japanese fighter, so to get the win over him was extra special,’ said Black.

‘This year has been a great success for me, having won two other tournaments in the spring and in July to go into this Championship seeded.

‘I still can’t quite believe I won, but it comes after so much hard work and I have dedicated my life here to karate and I am reaping the rewards.

‘My name is now being noticed and this little young Jersey boy is perhaps making a name here.’

He added: ‘It is my life goal to one day bring full-contact karate back to Jersey. It is not there on the Island at the moment, but the more I build experience and knowledge then maybe I could bring it back to Jersey.’