Drugs plotter’s crypto-currency is to be seized 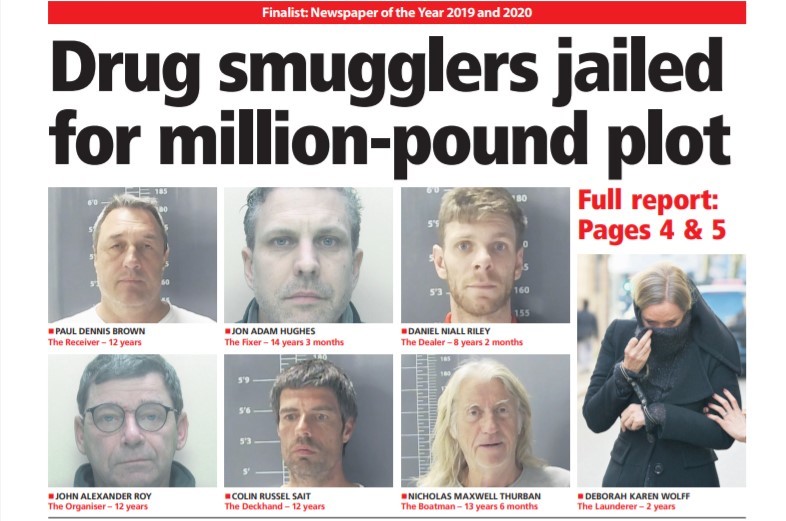 Daniel Niall Riley, who was jailed for the offence alongside six others last year, appeared before the Royal Court on Friday.

The order, which aims to seize £96,565.10-worth of ‘Chainlink’, a digital crypto-currency, is the first case of its kind to be heard in Jersey. The order is due to be handed over to authorities in the Cayman Islands where the funds are held. A total of £1,060 in cash seized from Riley is also due to be confiscated.

Crown Advocate Matthew Maletroit, prosecuting, told the court that, as a result of regular fluctuations in the trading price of crypto-currencies, it may be necessary to return to court to revise the order if there was a significant increase or decrease in its value.

He added that if there was a drop in value, Riley might not be able to satisfy the confiscation order, which could make him liable to a default prison sentence.

During the hearing, Riley, who was not represented, spoke to say he had no objection to the sums being sought by the prosecution and agreed with the figures provided. He also spoke to confirm that only 43.6% of the crypto-currency held in the Cayman Islands account would be affected as the remainder was held by a third party.

Operation Lion, the 18-month joint Customs and States Police initiative which led to Riley being jailed, was, at the time, described as one of the most complex drugs investigations ever undertaken in Jersey. It involved combing through data from 136 mobile phones, implanting secret bugging devices into vehicles, hours of secret surveillance and extensive CCTV analysis.

Events culminated on 21 June last year when a yacht, loaded with almost £1 million of cocaine, MDMA and cannabis left a south-coast UK port and travelled to Belval Cove near St Catherine. Once there, the crew of a UK Border Force cutter – which had been tailing the vessel on behalf of Jersey authorities – intercepted it and arrests were made.

In July, former Central Market jeweller Darius Pearce was sentenced to 7½ years in prison after being found guilty of buying gold using the gang’s criminal cash to help them launder money.