Russian farm workers blow the whistle on 70-plus hour weeks 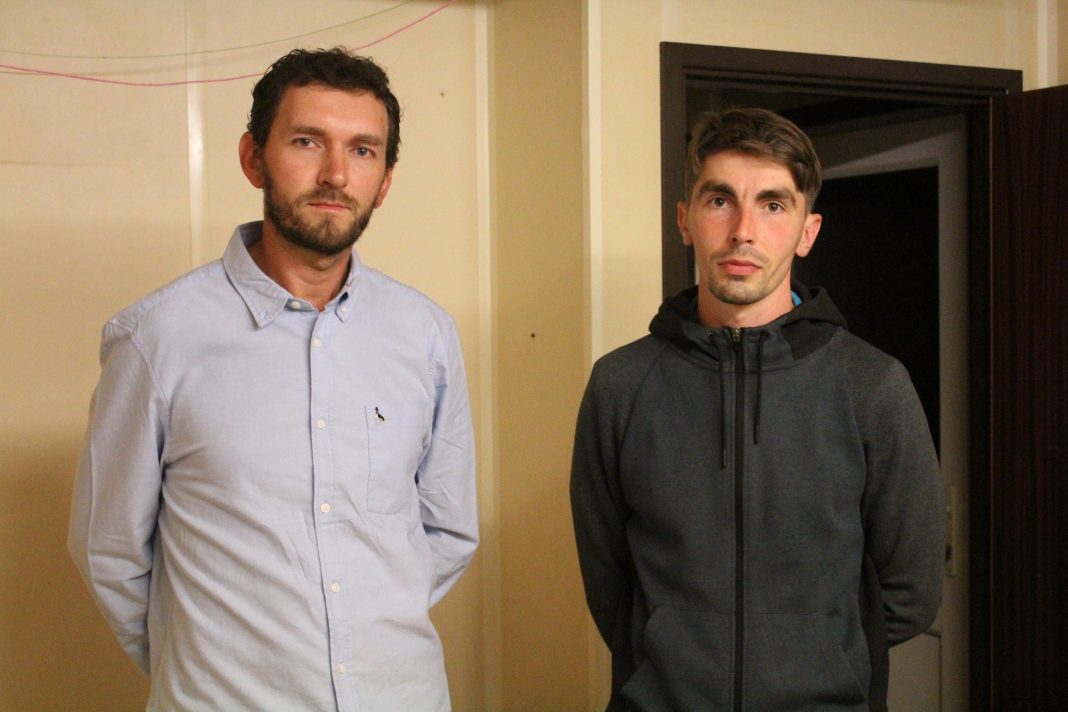 Andrei Trofimov and Nikita Vishnia came to the Island for the first time earlier this year to work for The Jersey Royal Company. However, a combination of allegedly unclear terms and reportedly long hours have caused the pair to speak out.

During Tuesday’s States sitting, St Brelade Deputy Montfort Tadier said he had met ‘two Russian farm workers’ who said they had worked long hours – on one occasion for 78.5 hours in a week – and had sometimes operated for weeks in a row ‘before they got one day off’.

The Deputy has told the JEP he was referring to Mr Trofimov and Mr Vishnia.

In a statement, the workers said: ‘We came to work for the first time on a farm, on the Island of Jersey, and we thought that we had come here for nine months. We made our calculations for nine months, but we were kicked out after three months and we lost money.

‘We do not understand what rights we have, what responsibilities we have, what laws there are – [which is] what we would like to know in advance – so we turned to a lawyer for help. We hope that you, as a government, can do the right thing.’

Speaking to the JEP via a translator, Mr Vishnia said: ‘We actually really like Jersey and we are happy to return and work very hard, or as much as required.’

Mr Trofimov added: ‘We would be happy to take a job in any industry – unfortunately we cannot move, as we are not allowed under the current laws.’

A spokesperson for the Jersey Royal Company confirmed the pair had worked for them, ‘but for 18 and 20 weeks, not three months’.

They said: ‘Their complaints are isolated within the group. Agriculture is a seasonal business, with intense periods followed by quieter periods of downtime and every employee has the right to decline the offer of work.

‘The connotation of being “kicked out” before nine months is the confusion around the work permit issued by JCIS [Jersey Customs and Immigration Service] on behalf of the Jersey government.

‘The working conditions of TJRC [The Jersey Royal Company] employees are independently audited by the Ethical Trading Initiative against a stringent base code. TJRC strives to offer good working conditions and indeed offers staff employment schemes such as heavily subsidised accommodation.’

The spokesperson also confirmed Mr Vishnia and Mr Trofimov had worked ‘long hours’ – including the 78.5 hour week referenced by Deputy Tadier – but said that no employment law had been breached, as the hours were accepted voluntarily.

When asked if they thought the workers had been treated fairly, the spokesperson added: ‘Yes. When the potato season came to a close we listened to their grievances where they felt that their working periods were shorter than expected, and in conjunction with JCIS we were permitted to vary the restrictions of the work permit.

‘This allowed us to help find additional employment for the group of workers. These two individuals voluntarily accepted these additional hours and opted to remain in Jersey. We paid their flight rebooking costs and continued to offer subsidised accommodation whilst this work was made available to them – 25 of their peers who came to Jersey with them have elected to return next season.’

Heidi Gibaut, group managing director for employment law specialists Law at Work, said: ‘It is an employer’s responsibility to ensure that their colleagues get appropriate rest times and engage them in such a way that rest times are able to be taken.