Rescued seal pups Joey and India are returned to the sea 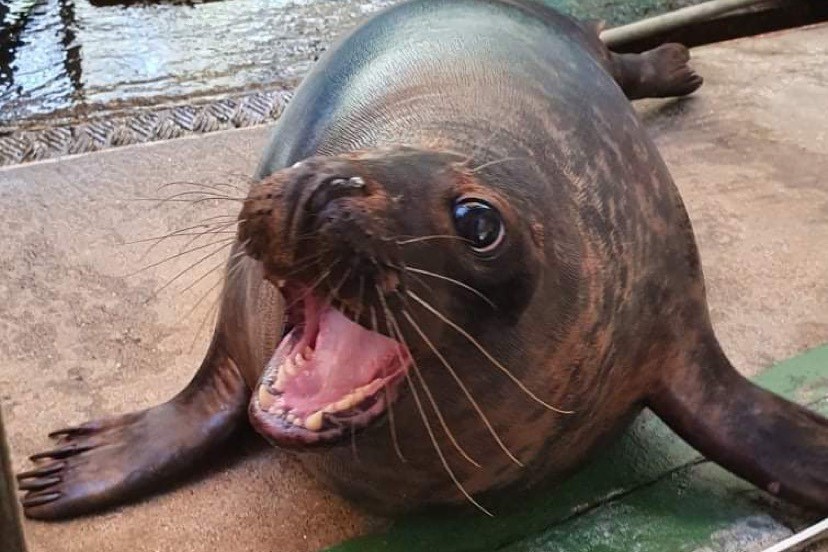 The pup was found malnourished and separated from his mother at the reef in November, and was brought back to the Island by a team from British Divers Marine Life Rescue Jersey before being transferred into the care of Geoff George, head of marine mammals at the GSPCA.

GSPCA manager Steve Byrne said that Joey – along with a Guernsey seal pup called India – had been given the ‘all clear’ from the vets, and both were released at a secret location yesterday.

He said: ‘Thanks to the huge efforts of Geoff George and the team, the seal pups who were so thin and unwell on arrival are finally off back to the wild where they belong. We will, of course, update everyone about how it goes.’

The shelter is still caring for another Guernsey seal pup called Titan and a Cornish pup named Porkpie, who are not yet ready for release.

Mr Byrne added: ‘There are many ways you can help support our vital 24/7 work and donate or raise funds for the hundreds of animals in our care. With over 100 hedgehogs, four seal pups, dogs, cats, rabbits, ferrets, fish, reptiles and many birds, we help over 3,000 animals through the doors every year.

‘With so many animals in our care we would love you to join our sponsor scheme to help us each month.’

Those interested in supporting the shelter can donate by visiting gspca.org.gg/.

‘We couldn’t do so much without your support,’ said Mr Byrne.