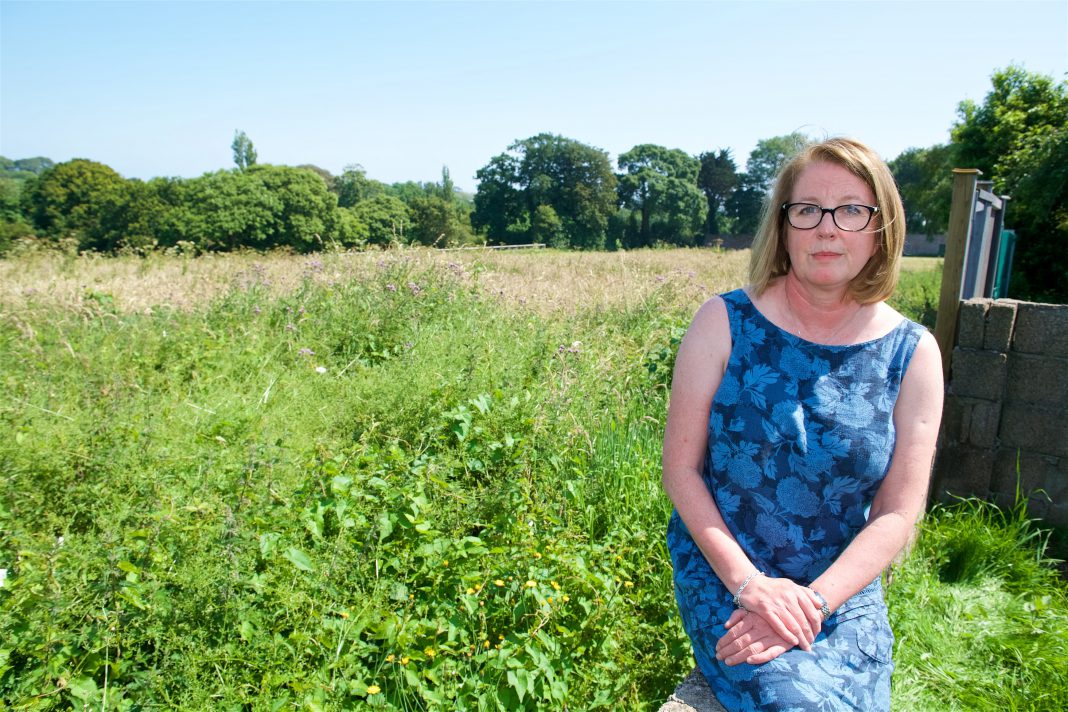 As parish Deputy Kevin Lewis lodged an amendment to the Bridging Island Plan that would strike out four fields earmarked for affordable housing, one resident said that St Saviour residents had ‘just had enough’.

Tricia Blandin, who set up the Save our St Saviour group to fight previous plans to build on the field opposite St Saviour’s Primary School – where she was once a pupil – said that the group which represents about 30 parishioners was about to use the public consultation on the plan to lodge a detailed case against more development in the parish.

‘Sense has got to prevail. We are passionate about it and people have just had enough. The impact on daily life is unbearable,’ she said, adding that they feared up to 500 new homes could be intended for an area of about one square mile.

Mrs Blandin and her group have already lobbied parish Constable Sadie Le Sueur-Rennard – who had spoken publicly about her concerns – and Deputy Kevin Lewis who has now responded by lodging an amendment to the plan which would prevent expansion of the Les Cinq Chênes estate, and building on fields behind Clos Paumelle and New York Lane, the latter the site of the former Longueville nursery.

In his proposition, Deputy Lewis said: ‘St Saviour is already heavily built up and suffers from increasing levels of traffic. With 11 schools in and around the parish, the morning rush hour is already causing bumper to bumper traffic especially to the area around the Five Oaks roundabout. With a large development listed just north of the roundabout, and the old St Saviour’s Hospital due for redevelopment in the future, this part of St Saviour will grind to a halt.’

Mrs Blandin and fellow parishioner Mary O’Keeffe said that they were in contact with a group of residents prepared to offer their help through the Save our St Saviour Group, and had also received more than 100 supportive comments via Facebook.

‘We strongly support the public position taken by the Constable and by [Deputy] Kevin Lewis. In terms of the need for affordable housing, the parish has already given something. We’ve had these two major developments – Belvedere and Langtry Gardens – that’s 200 homes in the last ten years to an area that’s already beyond saturation point. I have lived here all my life and we have nothing in this area. The problem is that this is making a bad situation worse. It’s already a mess,’ Mrs Blandin said.

Her views were echoed by Mrs O’Keeffe who said that she understood the need for affordable housing but called for a strategic vision that would provide amenities for local residents.

‘The Island Plan is trying to cater for up to 6,000 people coming to the Island over the next few years and I don’t think they should be doing that before they’ve settled the population issue. Then we’ll have more of an idea of how many people will be coming into the Island,’ Mrs O’Keeffe said.

Their objection to the rezoning of fields will highlight what they describe as ‘the biggest hit outside St Helier’ and the impact on traffic, and on safety for pedestrians and cyclists.