Medicinal cannabis could be ‘mainstay of economy’

Senator Lyndon Farnham made the comments after it was reported that a Toronto-based medicinal-cannabis firm was planning to create a state-of-the-art distribution facility in the Island. The company is due to start supplying UK and European markets within weeks, as part of a joint venture with local producers Green Island Growers Ltd.

Jersey adopted reforms in 2018 to allow cannabis to be prescribed by doctors in the Island for medical purposes, and has now seen multiple firms receive licences to cultivate the crop.

When asked how much money the industry could bring into Jersey, the Senator said: ‘It’s difficult to forecast accurately at present because the industry is still in its very early stages but I think there is great potential not only for financial revenues for the States but also to provide a really sustainable and productive addition to the agricultural sector.

‘As the industry grows, we will be monitoring it very closely so we can produce some accurate estimates but I am confident that if it succeeds – and I am sure that it will – it has the potential to produce substantial financial returns to the Island.’

Earlier this year, Jersey-based Northern Leaf Ltd announced that it had become the first recipient in two decades of a full commercial UK licence to cultivate medicinal cannabis.

Shortly afterwards, the Government of Jersey said that it had issued licences to local growers. 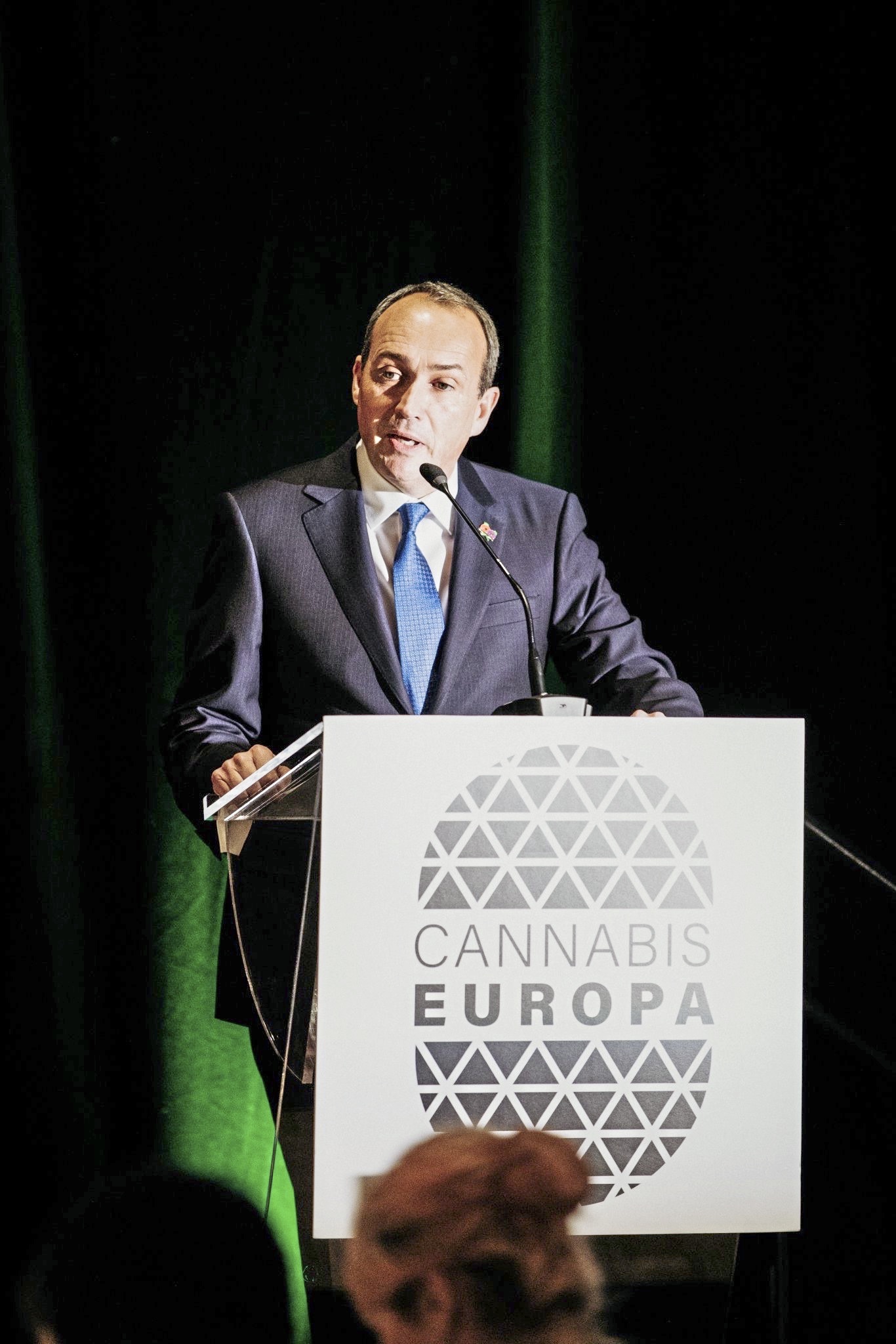 Northern Leaf is based at the former Tamba Park site at Retreat Farm, St Mary. It is aiming to cultivate crops this year at a 75,000sq-ft facility, with another 600,000sq-ft of space available for expansion.

Several clinics that dispense medicinal cannabis have also opened in Jersey over the past year.

Senator Farnham added: ‘Outside the cultivation, manufacturing, production and export, there is also research and development.

‘Hopefully we will be key suppliers to the pharmaceutical industry and so there will be opportunities for extensive research in the Island. There are all sorts of sub-sectors that could be developed from the industry.’

He added that ‘tens of millions of pounds’ were being invested in the Island’s growing infrastructure including glasshouse sites and state-of-the-art facilities for the production of the crop.

‘It sits alongside hemp which we have seen progress in the last two to three years,’ he said. ‘So I think Jersey has put itself in a very strong position where we are leaders in the market at an early stage.

‘Over and above the fiscal benefits, the industry is also about producing a quality product with great medicinal and health benefits.’

When asked when the industry could establish itself within the Island, the Senator said he expected that the next two to three years would see lots of ‘new entrants’ and that ‘within the next three to five years the Island could start to see some meaningful returns’.

‘If it’s done properly, it can be very lucrative but it has to be done properly,’ he said. ‘It’s all about quality and research.’

He said that he hoped the industry would continue to grow and that it could become a ‘mainstay’ of Jersey’s economy in the years ahead.

‘It is something to be managed carefully and nurtured in its early stages. Revenues can be underpinned by partnership with leading European medicinal-cannabis companies in multiple countries.’