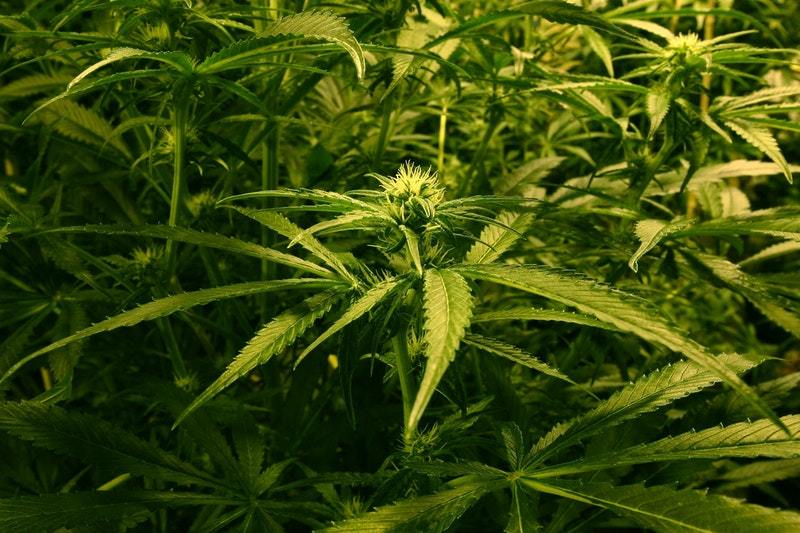 ‘The distribution centre’s launch is scheduled for early April, when JMCC will begin supplying medicinal cannabis to patients registered in the United Kingdom’s Project TWENTY21, as the only Canadian company and exclusive supplier from the Caribbean region.’

It adds: ‘Green Island’s founders are fourth-generation greenhouse farmersand the largest in the Channel Islands. They bring in-depth experience in finance, engineering and marketing, as well as indoor and greenhouse cultivation.

‘For the past several months, they have been working with JMCC Global Distribution specialists on the planning, design, and setting up of the new warehousing and distribution centre.’

Diane Scott, JMCC’s chief executive and chairwoman, said that the firm had spent ‘an immense amount of time’ identifying the best distribution channel for UK and EU markets.

‘We couldn’t find one that we were comfortable with in terms of ensuring the quality, safety and security standards we want for our product, right up to the point that it’s in the pharmacist’s or patient’s hands. So we decided to build it ourselves,’ she said.

‘And then we searched until we found the right partner to help.’

Green Island’s website says that it currently holds a licence to cultivate hemp and is applying for a cannabis-cultivation licence. It adds that a 10,000sq-ft indoor facility is to be used, along with a 30,000sq-ft glasshouse for growing in line with ‘good agricultural and collecting practices’.

It adds: ‘JMCC European Distribution Ltd is a joint venture between Green Island Growers and Canadian-based JMCC Group, the world’s leading provider of Jamaican-grown medical cannabis products and related services. JEDL [the name of the new venture] encompasses a state-of-the-art, GDP-certified warehouse and distribution centre in Jersey. JEDL is also equipped with JMCC’s proprietary warehouse management system to ensure complete chain-of-command tracking from warehouse to delivery to our end customers, including pharmacies, clinics and patients.

‘JEDL provides ultra-secure, efficient distribution of medical cannabis products throughout Europe, the UK and beyond via JMCC Distribution’s other centres in Australia and Jamaica, via seamless access to modular warehouse structures that enables us to select the best location for secure, climate-controlled product storage in 26 locations around the globe.’

Jersey passed reforms in 2018 to allow cannabis to be prescribed by doctors in the Island for medical purposes. In January, Jersey-based Northern Leaf Ltd became the first company to be awarded a UK licence to grow medicinal cannabis in 22 years.

The firm, which is based at the former Tamba Park site at Retreat Farm, in St Mary, is aiming to cultivate crops this year and has built a 75,000sq-ft facility, with another 600,000sq-ft of space available for potential expansion.

It received £3 million for the project last year from London-based investment firm Chrystal Capital. It recently launched a drive to raise a further £5 million before publicly listing.