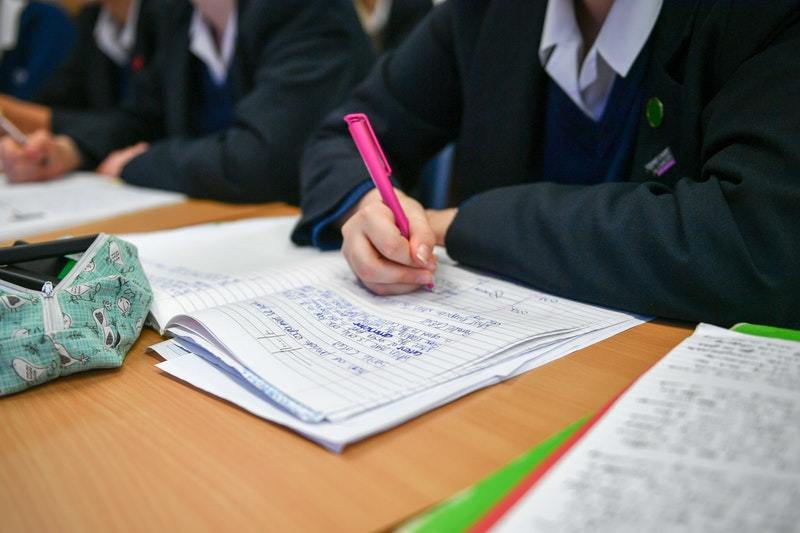 Ben Spink was speaking at the end of a successful process to recruit three new full-time Jèrriais teachers, bringing the number of specialists who will be working in schools and the community up to seven.

‘The phase we’re in at the moment is to grow the numbers, and the models we are putting in place will be more robust in enabling us to do that,’ he explained. ‘But also we’re starting to see that schools see the value of what we are doing more. The fact that we are all qualified teachers is really important and we’ve all got significant experience behind us so that we’re able to engage the learners from a pedagogical point of view as well as a linguistic one.

‘We’re seeing schools coming round to the idea of giving some curriculum time to us, which perhaps has been resisted in the past, and we’re seeing that there is a huge momentum with us now,’ Mr Spink said.

To help develop a generation of Jèrriais speakers, the teaching team has developed two new pilot projects which will be launched after Easter.

One of the members of the team will spend three days a week in Plat Douet School working intensively with nursery and reception classes in what Mr Spink describes as ‘something approaching a bilingual setting’.

Meanwhile another teacher is to visit four primary schools to begin a cross-curricular programme that will incorporate Jèrriais into the normal school day.

‘Rather than just doing a stand-alone Jèrriais lesson we are incorporating Jersey history, geography, folklore, music, dance and all sorts of other aspects of the Jersey curriculum so that schools can fulfil some of their other requirements through the lessons we deliver. The reasoning is that we can get access to the school day which currently we haven’t had thus far,’ Mr Spink explained.

Currently, the emphasis is being placed on primary schools where regular classes take place – Plat Douet, St Mary, Springfield, St Martin and Bel Royal – in order to increase the flow of pupils arriving at secondary school who might continue their studies to a higher level. For older students there are classes now at Le Rocquier, Grainville and JCG, while the team also make appearances in other secondary schools for more occasional enrichment programmes.

These are initiatives that the three new teachers – notified of their successful applications to join the team last week –will take up once they have themselves assimilated the language. Two begin next term and the third in September.

Once all seven teachers are able to work independently, Mr Spink believes that they could meet their aspiration to take Jersey’s historic language into every school in the Island.

‘I think there’s a huge enthusiasm among the people we’ve appointed for the language and there’s a huge sense of purpose for what they will be doing. The fact that we’ve got a very significant cultural cause in revitalising the language, a fundamental part of our cultural heritage and identity, is a strong motivating factor for the people that want to join us.

‘They are brimming over with ideas and creative thoughts about how we promote the language and reach as many people as possible,’ said Mr Spink.

Education and Children’s Minister Jeremy Maçon welcomed the appointment of the new teachers, describing Jèrriais as a vital part of the Island’s cultural heritage.

‘It is essential that Jersey’s young people have the opportunity to learn our local language. Learning Jèrriais can bring cognitive benefits, whilst instilling a sense of belonging in Islanders of all ages, and the expansion of the Jèrriais Teaching Service means that this fundamental aspect of our Island identity can continue to survive and thrive,’ he said.