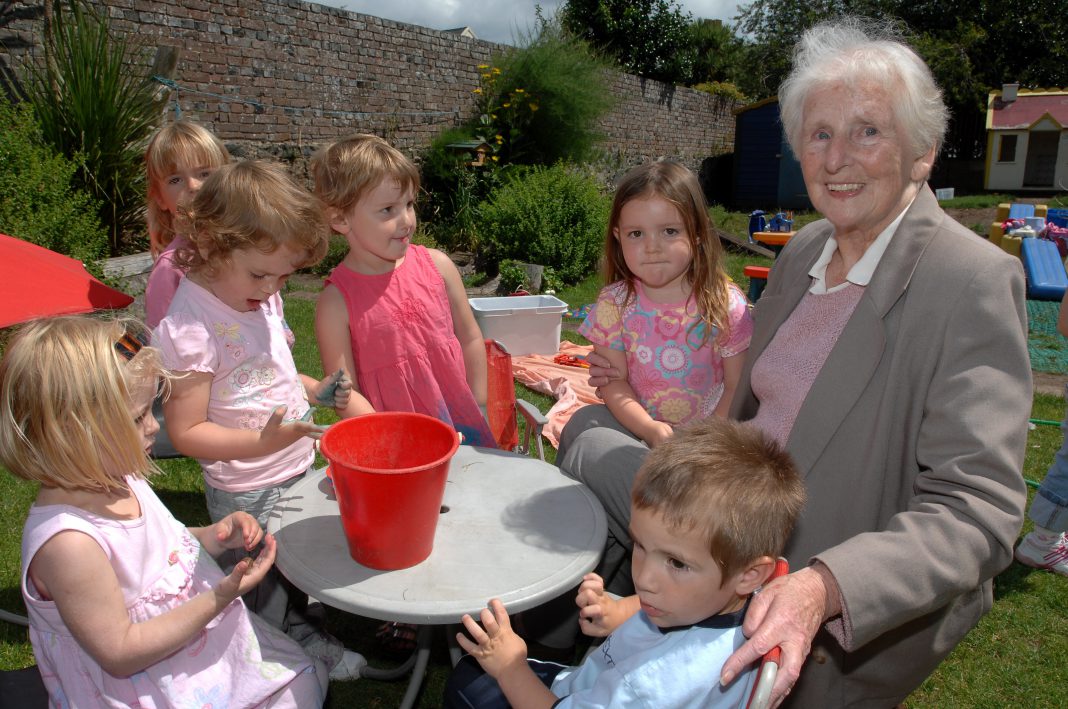 Chris Wakeham, who died on Saturday aged 97, previously led the Jersey Democratic Movement and campaigned vigorously for the provision of better social housing – particularly within St Helier and St Saviour.

She was also a member of the short-lived Jersey Democratic Alliance and, most recently, Reform Jersey. Alongside her friend and fellow social campaigner, the late Stella Perkins, she developed a reputation for caring about those struggling to make ends meet, those who had been deprived of justice or people who had not been given due respect from the Island’s authorities.

Over the years, Mrs Wakeham became a people’s champion, volunteering to represent Islanders at police headquarters and before States departments.

However, she was best known for establishing the Centre Point Trust in 1985 – a charity that once provided childcare for 25 children but now caters for
600.

Speaking to the JEP in 2017, the former Aberystwyth resident who moved to Jersey in 1946, said: ‘I am never happier than when I am spending time with children. They are so open and trusting. I have worked with children for so long now that I feel lost without them. When you work with children it is as if they are your own.’

Yesterday, paying tribute to Mrs Wakeham, Deputy Montfort Tadier said she had served as an inspiration for him in his political career.

‘She was someone who was clearly driven by doing what was right and had a strong sense of social justice. She was very much compassionate and gentle but had a speedy resolve to get things done,’ he said.

‘In her later years I would go up to her home to see her. She could always remember lots of stories about the political battles. We think of Jersey as conservative now but when she was around it would not be an understatement to say that it was ultra-conservative in many ways, especially when it came to women’s rights.

‘She did a lot for women and for young children and will be remembered fondly, not just by her political allies but people right across the board.’

Meanwhile, Nigel Hill, chairman of Centre Point, said he hoped Mrs Wakeham would be proud of what the organisation she worked to set up had become.

‘Centre Point was the brainchild of Chris Wakeham over 30 years ago, set up to provide a safe place for children to go after school, allow them to play and be with their friends. At the time the charity looked after approximately 25 children.

‘Now we employ over 100 staff and look after approximately 600 children ranging from three months to 14 years old. In addition to nursery and play care we also support children with special needs and work with many private and government groups.’

He added: ‘As chairman I have to thank Chris for her foresight and efforts in setting up such a wonderful charity. I know that over the years she has kept abreast of Centre Point’s evolution and I hope we have done her legacy proud.

‘Centre Point’s story is far from over and we aim to be around for many years to come providing essential care for Jersey’s children.’