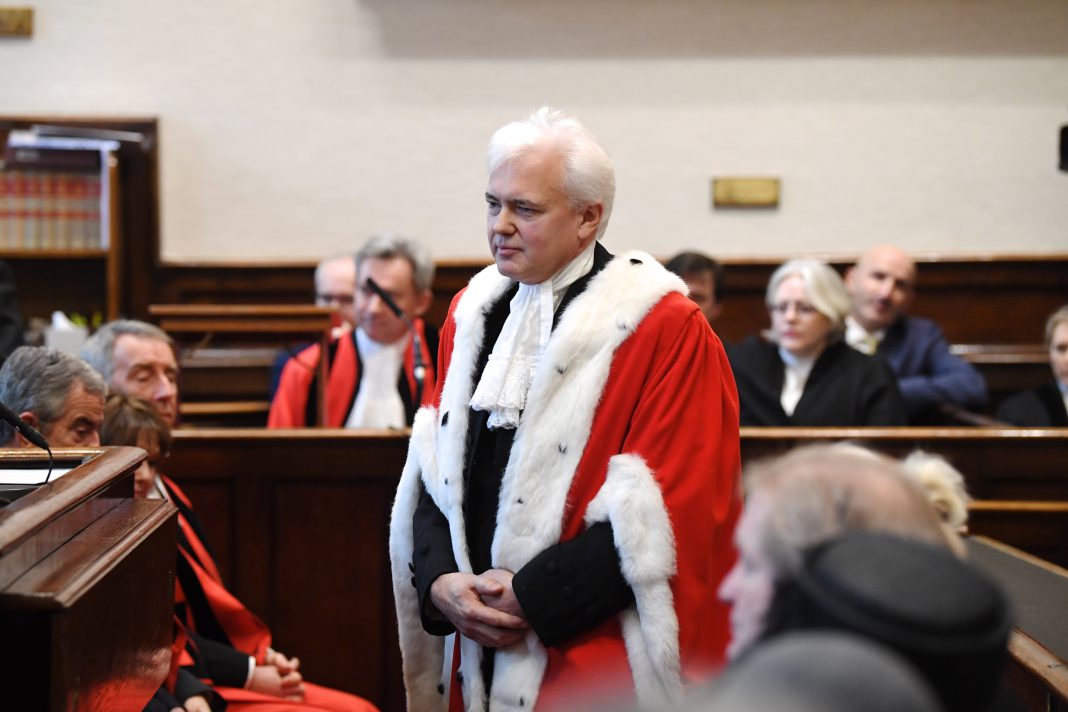 The RJAHS building at the Royal Jersey Showground in Trinity is being used instead of the Royal Court, as it enables 12 jury members to convene while observing social-distancing guidelines. It has been adapted at a cost of £20,000 and it is expected to be used as a court until the end of March.

Deputy Bailiff Robert MacRae said: ‘Jury trials are continuing throughout the British Isles and it is in the interests of victims, witnesses and defendants that we continue to hear their cases.

‘The conversion of part of the Royal Jersey Showground to the Royal Court has been achieved in just a few days and has been a good example of prompt, decisive action taken in order to continue the delivery of justice under challenging circumstances. I am confident that those attending court will continue to feel safe and secure.’

He added: ‘I am grateful to all departments and organisations who have supported the creation of this temporary courtroom, ensuring the site meets the needs of all users, whilst maintaining the security and integrity one would expect of a court building.’

The annex of the RJAHS building will be used as the Royal Court, with the main hall and administration building acting as the waiting area for the jury and witnesses. It will also serve as the jury’s deliberation room.

Several organisations and government departments were involved in the project including the Bailiff’s Chambers, Marquee Solutions, Delta Events and Ports of Jersey.

It is not the first time in recent months that an unusual venue has been used as the Royal Court. Last year a four-week civil trial was held at Hotel Christina in St Lawrence.