However, it has been a mixed year for growers of ‘alternative’ crops beginning to emerge into Jersey’s agricultural industry.

One of those, Jersey Hemp, which began cultivating plants at its Warwick Farm headquarters in 2017, said the weather initially caused issues before Covid-19 impacted on the company operationally – putting commercial deals under threat.

But now the firm – which was last year given permission to harvest hemp flower for use in CBD oil – says it is confident that it can recover.

Dave Ryan, chief executive, said: ‘The start of the season was pretty bad with the weather. We had to carefully decide when to plant as two weeks either side of the preferred time to get it into the ground would have presented us with issues.

‘But as the season has progressed it has become a lot better – we are hoping for a continuation of that with a nice Indian summer going into September when we harvest and that would be perfect.

‘Last year, when it got to harvesting time it absolutely lashed it down which meant that we lost a lot of crop because of the time it takes to hand-harvest. Now we have invested in kit which will allow us to take out a whole field in one day and then dry it within a four-hour period, so we can take the weather out of the equation.’

Mr Ryan said that his company was this year collectively growing just shy of 300 vergées of the crop.

However, he added that Covid-19 had delayed the company’s plans to expand sales outside of Jersey.

‘We were engaging with large retail outlets in the UK prior to the lockdown but they quickly stopped any listings of new products. That was definitely a knock to our financial model – everything has been delayed,’ he said.

‘But now it seems to be easing off and we have reopened engagement with these brands and things have progressed further from where we were before lockdown. We are back on track and we will hopefully soon get back to where we wanted to be. People like the product – we just need to get it out there.’

Meanwhile, Katherine Boucher, co-director of The Jersey Tea Company, also based at Warwick Farm, said although the business was still in its early stages, output was now increasing year on year. 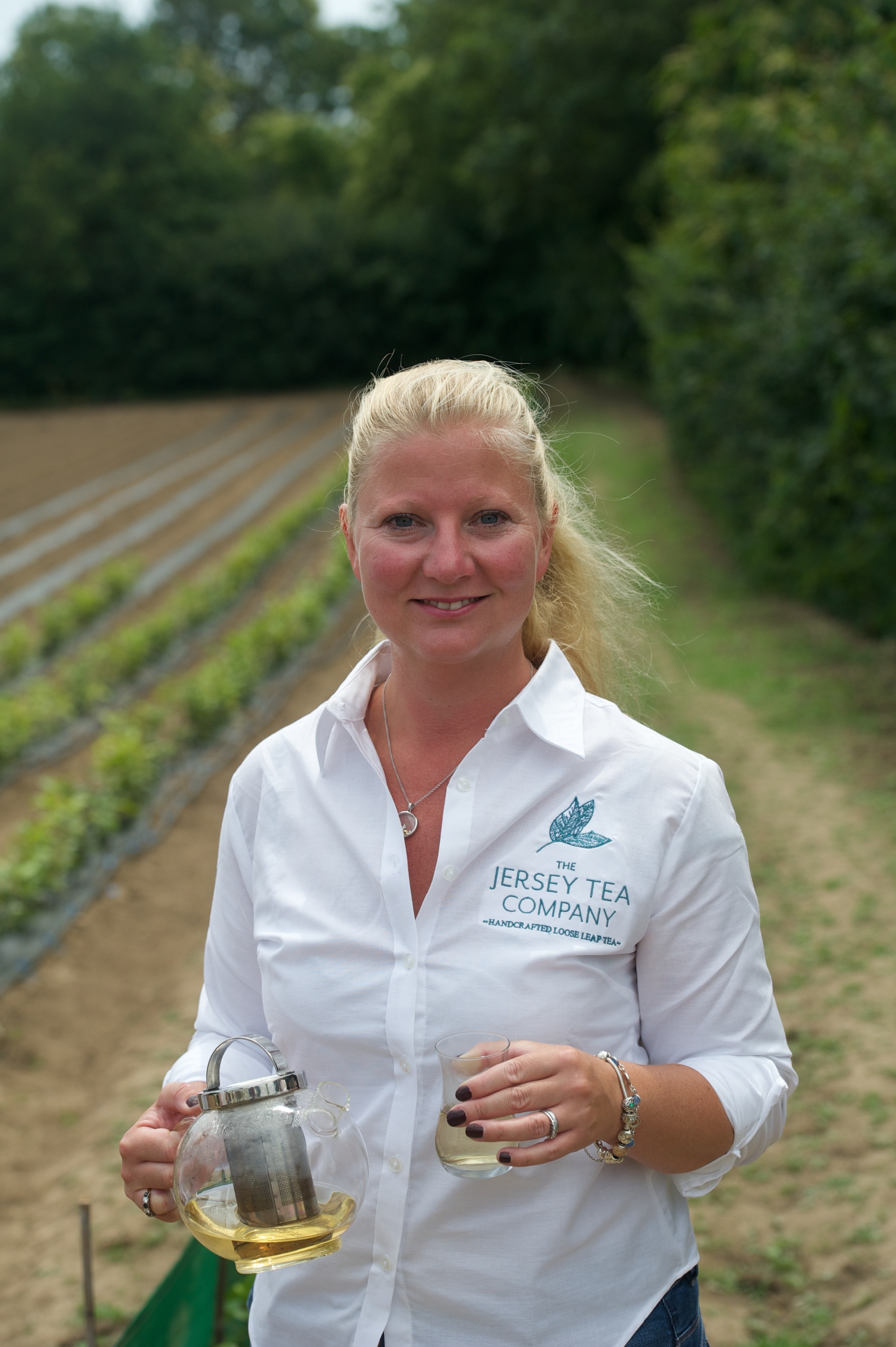 ‘This is our third year of our plants being in the field. With tea, there is not actually one single harvest – they are like trees and they will hopefully stay where they are for the next 70 years,’ she said.

‘They have four flushes a year from April until October – that is when you have the two finer leaves and the bud at the top push through [which are then picked]. We have had two really good flushes so far this year – the spring one was really good and we are at about the end of the summer one now.’

Mrs Boucher, who is also a psychologist, said that although the firm was still only producing small amounts of tea, it was around two to three times what they had produced during the previous season.

‘You lose about three-quarters of the tea’s weight through processing it. We should have about 16kg of processed tea this season so what we picked is about four times that. They are still juvenile plants and we are trying to be careful not to over-pick,’ she said.

‘At the moment, we have got two fields at Warwick Farm and, hopefully, we will bring a third field online next year, so we are definitely keen on continuing to ramp up.

‘It is a fine, expensive tea and we have had tea sommeliers and tea companies in London being really positive about what we are producing and the feedback has been great from people who drink loose-leaf tea.’