The former Constable of St Peter, John Refault, has defended the decision to erect a statue in memory of former Bailiff Sir George Carteret after protest slogans were placed around the statue. Sir George was a prominent investor in the Company of Royal Adventurers in Africa, which dealt in slaves as well as gold and ivory.

The site adjacent to the Sir George Carteret pub in the centre of St Peter became a focus for Jersey after protesters in Bristol pulled down a statue of 17th-century merchant Edward Colston, who as a fellow investor in the company alongside Sir George, was heavily involved in the slave trade.

Mr Refault, who commissioned the statue in his parish in 2014 to mark 350 years since Sir George was made proprietor of a large part of New Jersey following his support for King Charles II – who granted a charter to the company to trade – in the English Civil War, said protesters were wrongly trying to impose today’s values on historical events. 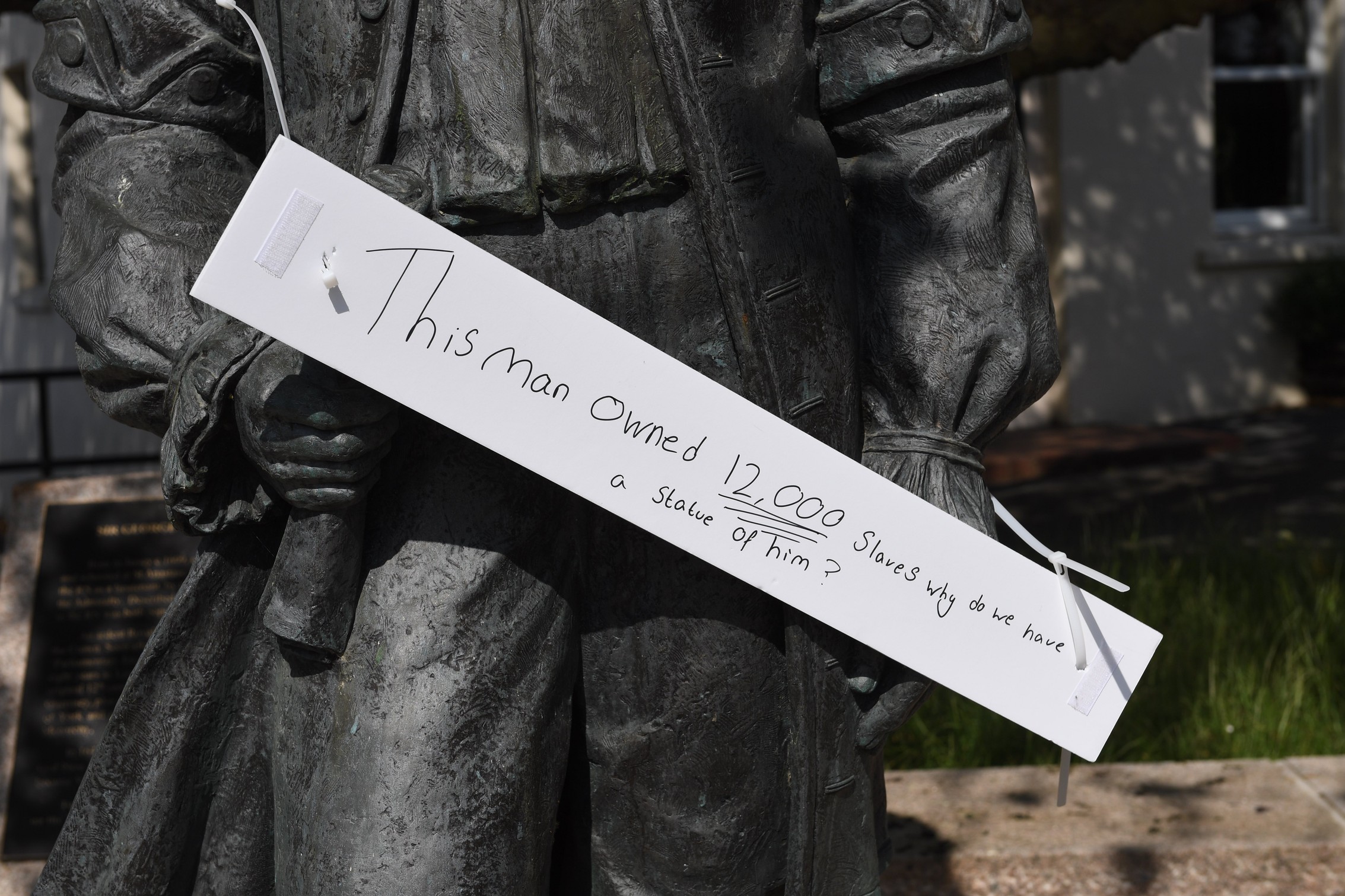 ‘There are all sorts of ways in which we live our lives today that have evolved over the years, and things that were formerly acceptable no longer are,’ he said. ‘You can’t justify them, but they were the norm at that time.’

Rather than focusing on the legal trading activity from the 17th century, Mr Refault said that protests would be better served by concentrating on modern-day slavery such as people trafficking or young women being forced into prostitution.

The decision to erect the statue was questioned by Deputy Montfort Tadier, who said that it was a different case to the Edward Colston statue because that had been put up in Bristol around 120 years earlier, during the closing years of Queen Victoria’s reign.

‘It’s not about the trading activities of someone born more than 400 years ago, but the decision to put up a statue just six years ago,’ he said. ‘The suggestion is that he is some form of hero to Jersey, whereas what he actually symbolises is the oppression suffered by slaves.’ 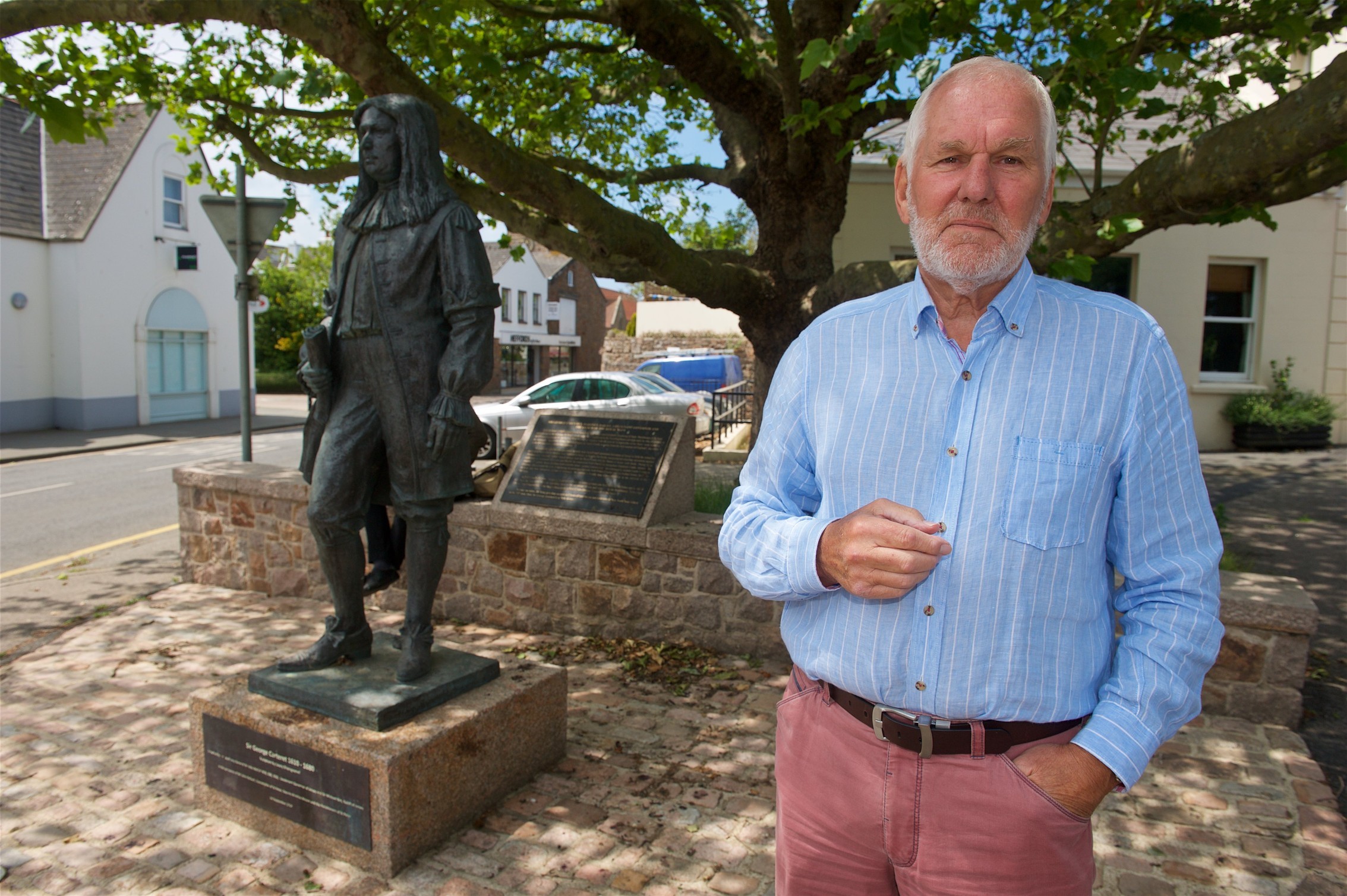 Deputy Tadier said he felt that the plaque on the statue did not accurately reflect Sir George’s role in the slave trade, adding that he would like to see a permanent slavery museum in Jersey in the same way as there was a memorial to the Holocaust.

There was also controversy when part of the International Finance Centre was named Trenton Square after the capital of New Jersey, which was itself named after trader William Trent, who had links with slavery.

St Helier Constable Simon Crowcroft said: ‘Whilst we are aware of the origins of the name of Trenton as a city, we should note that New Jersey was the first Northern state in the United States of America to express official regret for its role in perpetuating the institution of slavery. A resolution was passed in New Jersey’s Assembly and State Senate in January 2008 to issue an official apology for the state’s role in slavery. The resolution apologises to the slaves and their descendants, acknowledges the difficulties that African Americans have had in gaining civil rights, and calls for citizens to learn about the history of slavery in order to gain understanding and ensure that the struggles of the slaves are never forgotten.’

Chief of Police Robin Smith said that the force were monitoring the statue in St Peter in case it was to suffer damage, although he also praised the lawful approach of Islanders to their protests.

‘The right to protest underpins our democratic right, and as the chief of police I support that as strongly as anyone else. It is what democracy is all about,’ he said.

‘At the time of a global pandemic there has to be social distancing and that was the case on Saturday.

‘We had a small police presence for public safety and in co-operation with the organisers we moved it to People’s Park due to the amount of people there.

‘It all went down well and I would have been astonished to see any scenes like we have seen elsewhere.’