Mystery object may be a time capsule

On Sunday evening a member of the public found the item on the beach. It appeared to have been dug out of the sand and it was initially thought that it could have been an explosive device.

However, a bomb disposal officer later confirmed that it was not.

Officers believe it could be a homemade time capsule and further examination is taking place. 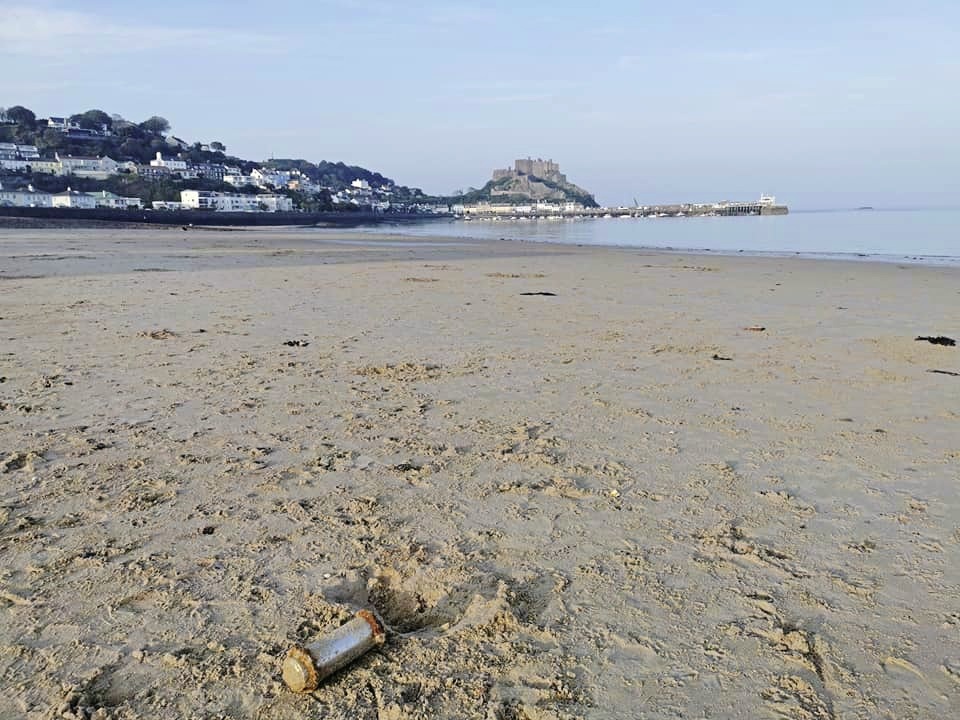 Following the discovery, the States police have reiterated to the public that if they find strange items on the beach they should call them immediately.

A post on social media from the force said: ‘A beautiful evening down at Gorey tonight but looks can be deceiving.

‘This was located by a member of public on the beach but appeared to have been dug out of the sand already.

‘If you ever come across anything strange on the beach that you can’t identify, always call the police on 612612 and let us know. You can take photos to send to us and we can get one of our experts down to have a look at it and take it away safely.

‘We always hope that items located are not dangerous but we prefer to err on the side of caution.’