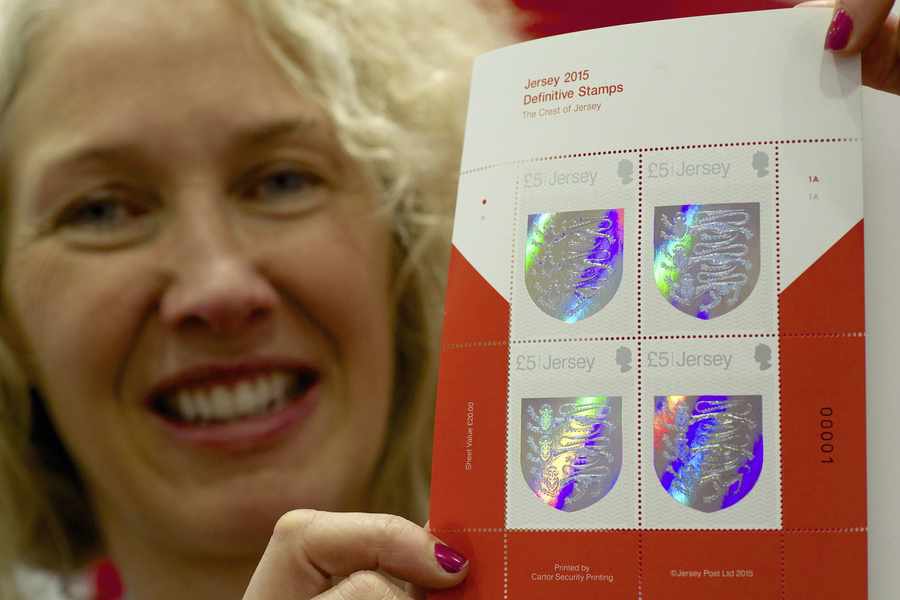 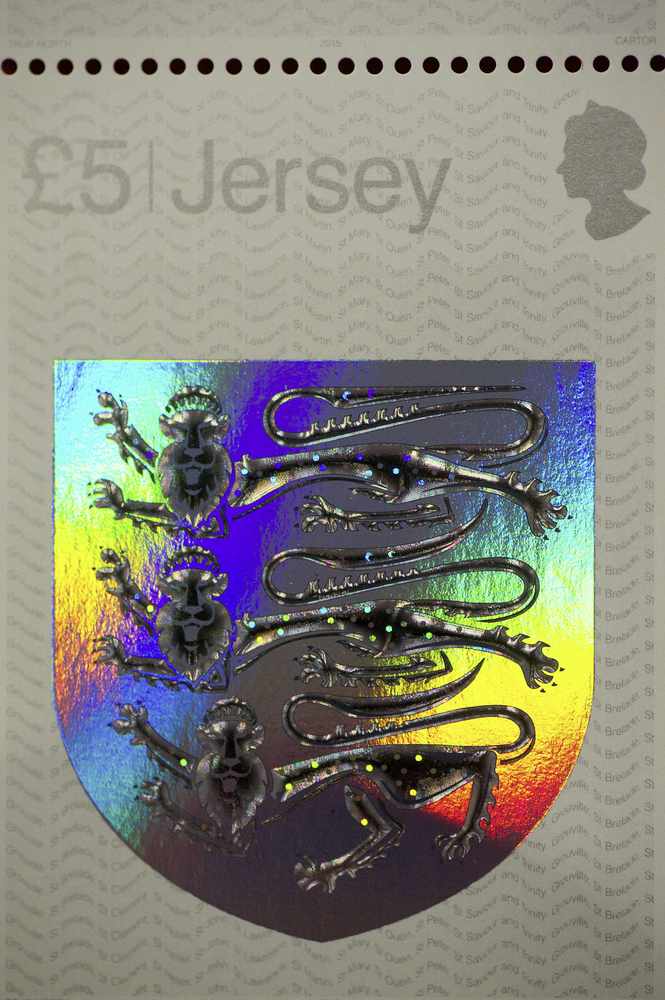 The three leopards on the crest have been bevelled and embossed so that they stand out and their spots also change colour when the stamp is moved.

The names of the Island’s 12 parishes are also printed in micro text in the stamp’s background waves, but can only be seen using a magnifying glass.

Islanders will also be able to buy ten new stamps depicting the crest of Jersey in a range of colours, which the postal company says was chosen to reflect a contemporary Jersey community.

Melanie Gouzinis, Jersey Post’s head of philatelic, said she was proud of the company’s achievement and that the stamps followed on from the success of other holographic productions the company had issued.

‘To be issuing another world-first stamp is a brilliant achievement for Jersey Post,’ she said.

‘Jersey stamps are known throughout the world for their innovative printing techniques and exciting designs – the £10 Definitive stamp, issued in 2012, features “Equanimity”, the first official holographic portrait of the Queen, and we are delighted to issue a suitably fine £5 stamp to sit alongside it in our Definitive range.’

The stamps will be available to buy from all branches of Jersey Post next Wednesday and presentation packs can be pre-ordered at www.jerseystamps.com. 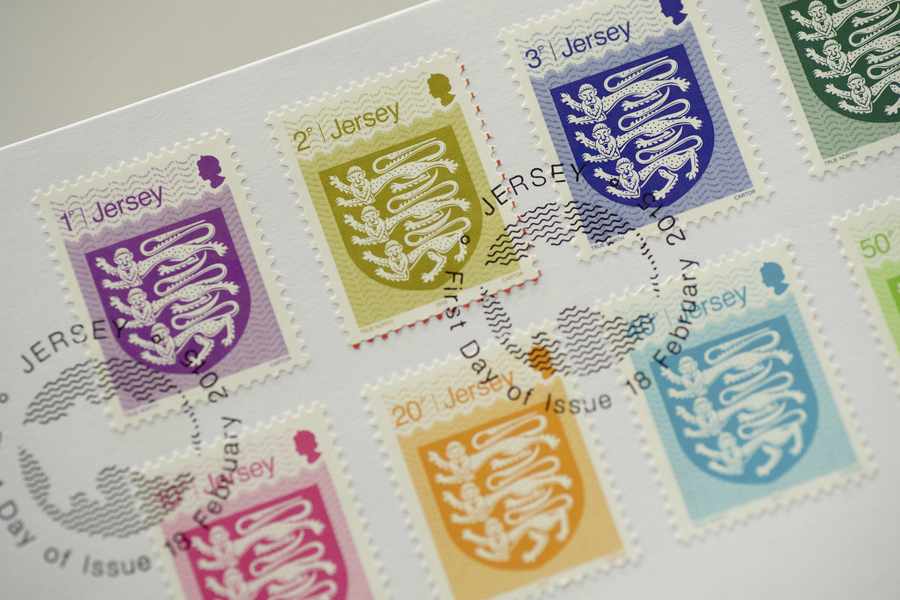 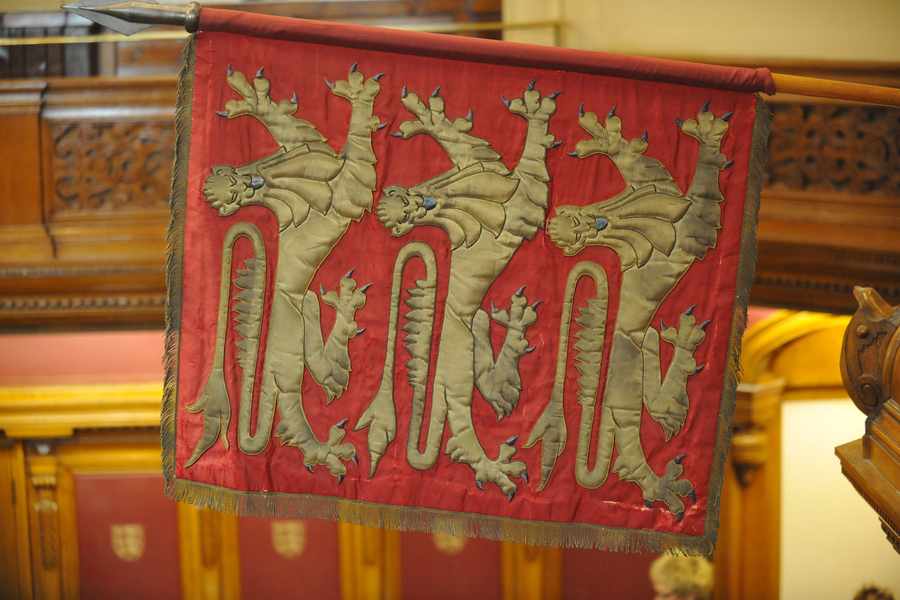 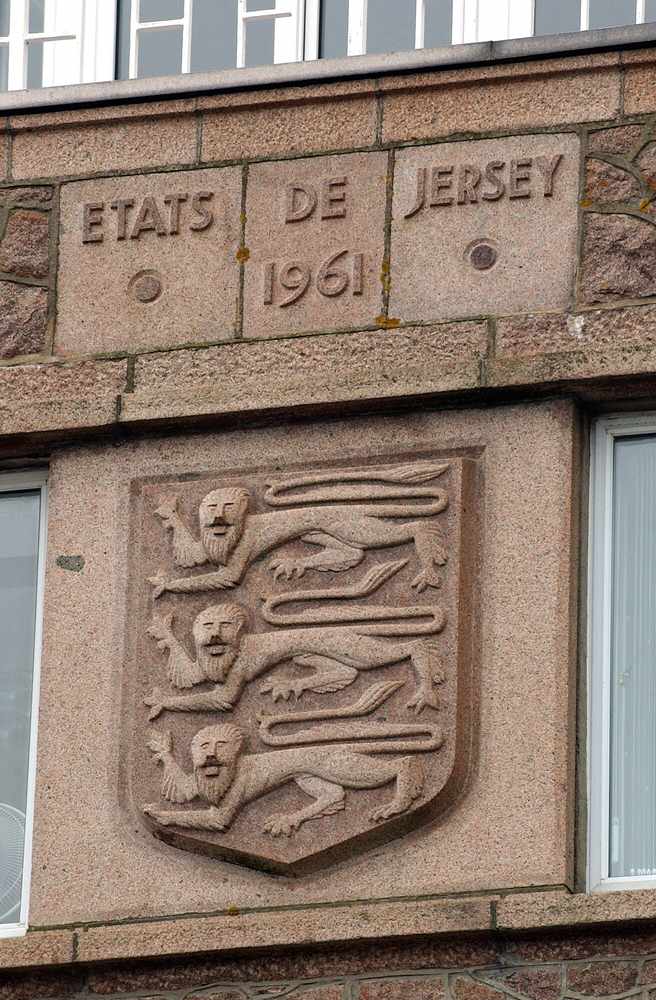 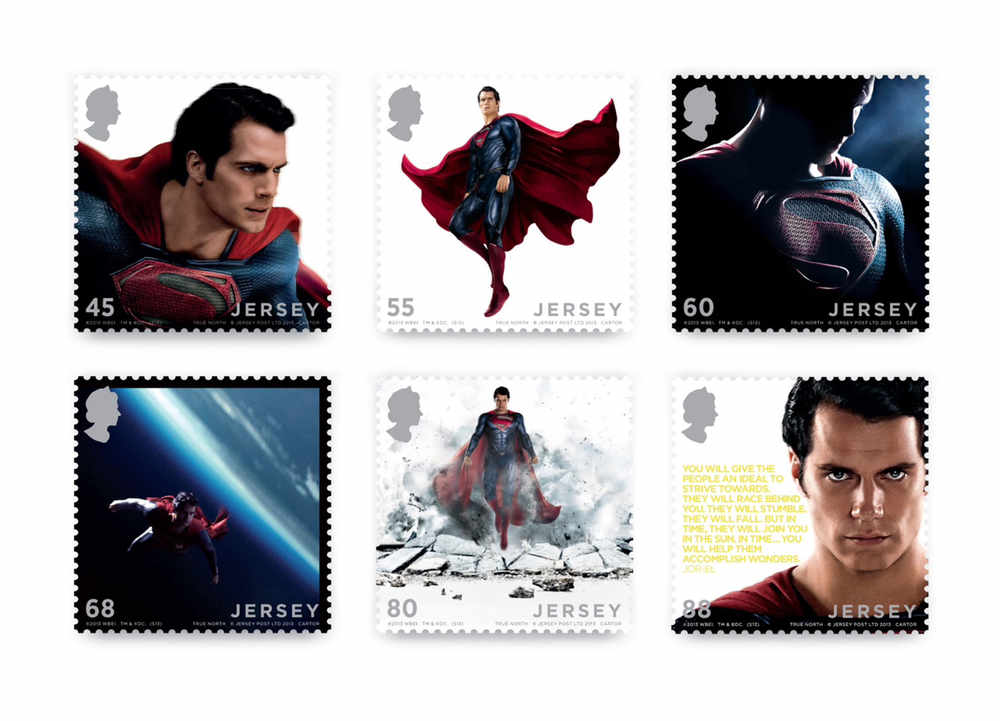 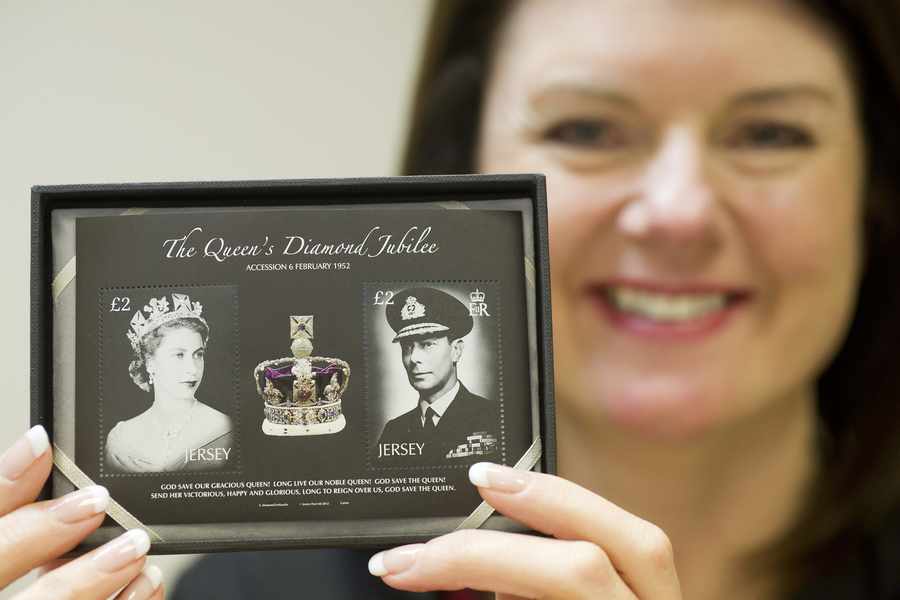