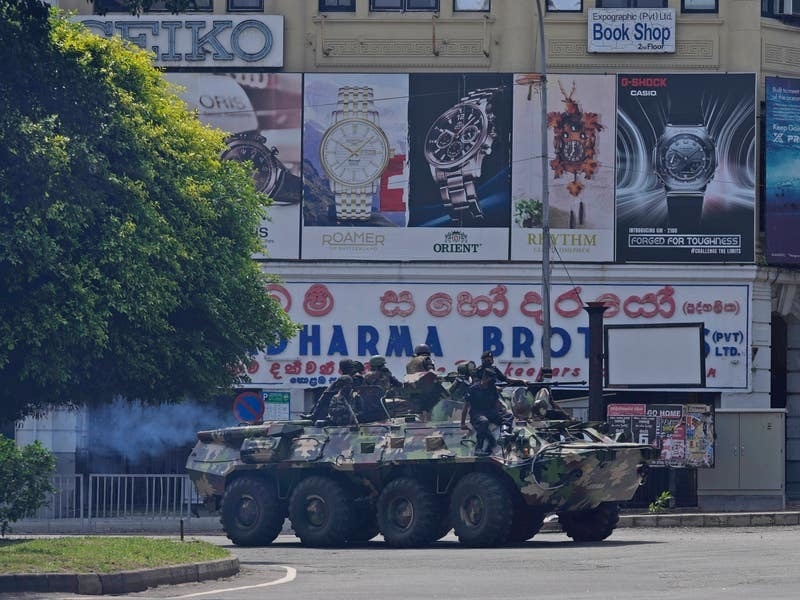 Protesters attacked earlier this week by supporters of Sri Lanka’s government have demanded that the newly appointed prime minister arrest his predecessor for allegedly instigating the attack against them as they were calling for his resignation.

A group of protesters camped outside the official residence of new Prime Minister Ranil Wickremesinghe, who was appointed on Thursday evening by President Gotabaya Rajapaksa in a bid to hold onto power and quell the island nation’s political and economic crisis.

For months, Sri Lankans have been forced to wait in long lines to purchase scarce imported essentials such as medicines, fuel, cooking gas and food because of a severe foreign currency shortage.

Nine people were killed and more than 200 wounded.

The group of about 10 protesters camped on Friday at the prime minister’s residence said they do not trust Mr Wickremesinghe, a former five-time prime minister, because he is close to the Rajapaksas.

“If he is truly on the side of the people,” he should have Mahinda Rajapaksa arrested, said Wimal Jayasuriya, a 43-year-old teacher. If he doesn’t arrest him, “then he has to get ready to go.”

Mr Jayasuriya and the others said they were among the protesters who were attacked on Monday with metal and wooden poles by Rajapaksa supporters who were leaving the prime minister’s residence after meeting with him.

Thousands of protesters have joined weeks of protests outside the president’s office and the prime minister’s residence demanding their resignations over the country’s economic crisis.

Mahinda Rajapaksa and his family have taken refuge at a fortified naval base in Trincomalee, on the north-eastern coast. A court on Thursday issued travel bans against him, his former Cabinet minister son and 15 others, including other former ministers, pending an investigation into the attack on the protesters.

Mr Wickremesinghe’s appointment has been opposed by some politicians and religious leaders who say he is part of a corrupt system they want overhauled.

As prime minister from 2015 to 2019, Mr Wickremesinghe was accused of protecting the Rajapaksa family from allegations of corruption and other crimes after Mahinda Rajapaksa lost a presidential election in 2015.

The main opposition party, which split from Mr Wickremesinghe’s leadership in 2020, also opposes his appointment as prime minister.

Mr Wickremesinghe says he can prove he has the support of a majority of Parliament and will be able to solve the country’s economic issues.

Sri Lanka is near bankruptcy and has suspended repayment of its foreign loans pending negotiations on a rescue package with the International Monetary Fund.