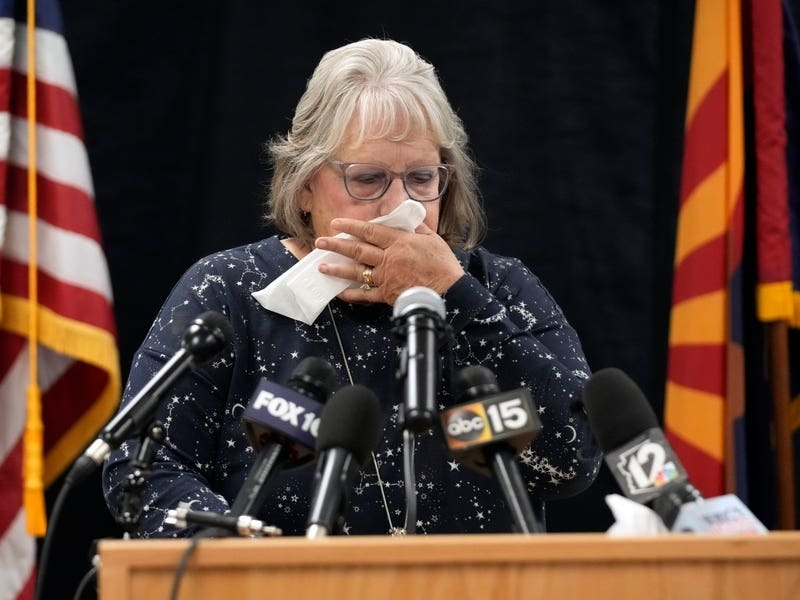 The sister of a student murdered 44 years ago has remembered her as kind and hard-working – and pleaded with people not to forget her.

Leslie James stood at a podium to tearfully tell the world about the young woman Clarence Dixon raped and strangled on January 7 1978.

It took “way, way, way too long” for justice to be done, she said after Dixon was put to death this week, but mainly focused on her sibling, 21-year-old Deana Bowdoin, who was attacked in her apartment near Arizona State University’s main campus in the Phoenix suburb of Tempe.

She was one term away from graduation.

“Older people and dogs really seemed to take a liking to her and I think that has to say something about her character.”

As a little girl, Ms Bowdoin had an illness that caused her to miss much of a school year.

But Ms James said she worked hard to catch up with help from their schoolteacher mother.

By the time she went to college, she had blossomed into a bright, outgoing young woman.

She was multi-lingual and studied abroad in Mexico and Spain.

Ms James, two years older than Ms Bowdoin, said her sister was more personable and friendlier than her, “the one who was supposed to have an exciting career, get married and produce grandkids for my mom. But it didn’t work out that way”.

Dabbing her eyes with a tissue, she added: “We should have been able to grow old together.”

Dixon, 66 and nearly blind, was in prison for most of his adult life.

He was first sentenced to life for the 1985 rape of a Northern Arizona University student and then sentenced to death when DNA evidence re-examined by cold case detectives in 2001 inextricably linked him to Ms Bowdoin’s rape and murder.

Dixon’s lawyers argued he was too delusional to understand why he was being executed.

As the lethal drugs flowed on Wednesday – marking Arizona’s first execution for nearly eight years and the nation’s sixth in 2022 – Dixon again denied killing Ms Bowdoin and blamed the supreme court for not overturning his conviction.

Ms James said testing of DNA done at the request of the killer’s lawyers proves otherwise.

“There was never any doubt that this inmate murdered my sister,” she said.

She also criticised reporters, saying she has seen a shift in recent years away from compassion and acknowledgement of victims’ rights for advocacy for violent offenders and what she called political posturing.

But she mainly wanted people to remember her sister.

“I wish you could have known her,” she told journalists.

“I have just one request of you. All my mom ever wanted was for people to remember Deana.