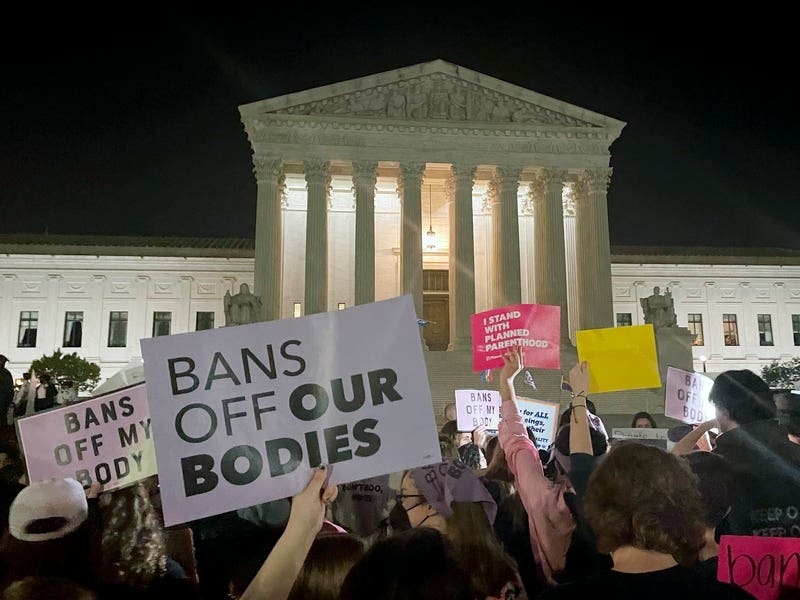 A draft opinion suggests the US Supreme Court could be poised to overturn the landmark 1973 Roe v Wade case that legalised abortion nationwide, according to a political news organisation report.

A decision to overrule Roe would lead to abortion bans in roughly half the states and could have huge ramifications for this year’s elections.

But it is unclear if the draft represents the court’s final word on the matter, as opinions often change during the drafting process.

“Roe was egregiously wrong from the start,” the draft opinion states. It was signed by Justice Samuel Alito, a member of the court’s six-three conservative majority who was appointed by former president George W Bush.

The document was labelled a “1st Draft” of the “Opinion of the Court” in a case challenging Mississippi’s ban on abortion after 15 weeks, a case known as Dobbs v Jackson Women’s Health Organisation.

The court is expected to rule on the case before its term ends in late June or early July.

“We hold that Roe and Casey must be overruled,” it states, referencing the 1992 case Planned Parenthood v Casey that affirmed Roe’s finding of a constitutional right to abortion services but allowed states to place some constraints on the practice.

“It is time to heed the constitution and return the issue of abortion to the people’s elected representatives.”

A Supreme Court spokeswoman said the court had no comment and The Associated Press could not immediately confirm the authenticity of the draft Politico posted, which dates from February.

Votes and opinions in a case are not final until a decision is announced or, in a change brought about by the coronavirus pandemic, posted on the court’s website.

The report comes amid a legislative push to restrict abortion in several Republican-led states — Oklahoma being the most recent — even before the court issues its decision.

Critics of these measures have said low-income women will disproportionately bear the burden of the new restrictions.

The leak jumpstarted the intense political reverberations that the high court’s ultimate decision was expected to have in the midterm election year.

Already, politicians on both sides of the aisle were seizing on the report to fundraise and energise their supporters on either side of the issue.

An AP-NORC poll in December found that Democrats increasingly see protecting abortion rights as a high priority for the government.

In a joint statement from Congress’ top two Democrats, House Speaker Nancy Pelosi and Senate Majority Leader Chuck Schumer said: “If the report is accurate, the Supreme Court is poised to inflict the greatest restriction of rights in the past 50 years — not just on women but on all Americans.”

Mississippi Attorney General Lynn Fitch said in a statement: “We will let the Supreme Court speak for itself and wait for the court’s official opinion.” But local officials were praising the draft.

“This puts the decision making back into the hands of the states, which is where it should have always been,” Mississippi state representative Becky Currie said.

Until now, the court has allowed states to regulate but not ban abortion before the point of viability, at around 24 weeks.