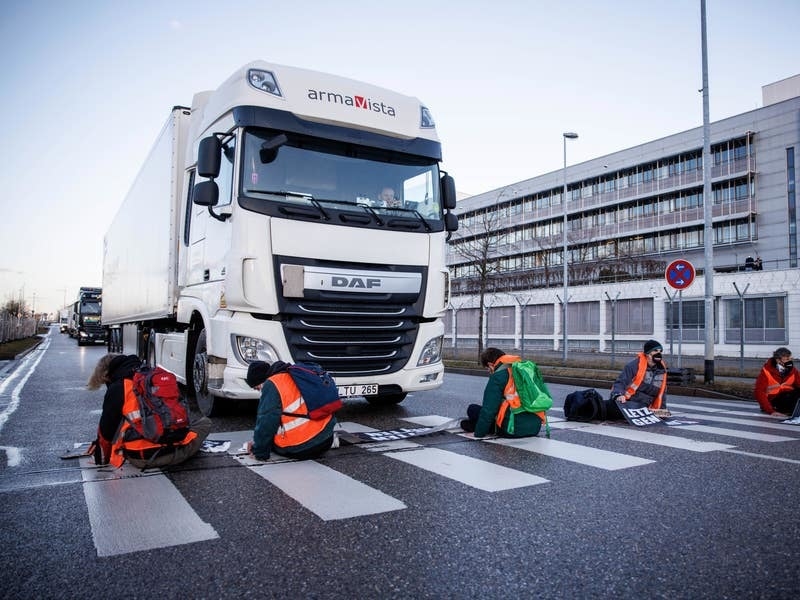 Climate activists have blocked roads leading to Germany’s three biggest airports, gluing themselves to the ground before police arrived.

Members of the group Uprising of the Last Generation said they wanted to disrupt cargo and passenger traffic at the airports in Frankfurt, Munich and Berlin.

The group has demanded that the government should take measures to end food waste.

Past protests involving the blocking of roads and ports have drawn criticism from officials across the political spectrum.

It quoted her saying that anger over Germany’s failure to meet its emissions targets did not justify such protests.

The blockades are reminiscent of the protests last year by the climate action group Insulate Britain, which obstructed many main roads in the UK.