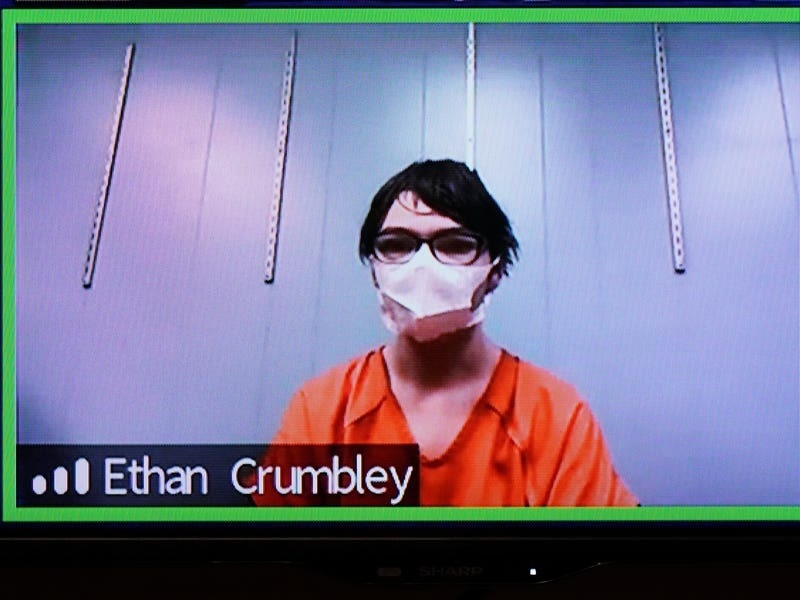 A teenager charged with killing four students at a US high school will pursue an insanity defence, his lawyers said, as he, his parents and school officials faced a new lawsuit over the attack.

A notice, listed in a summary of case filings available online, should lead to mental health examinations of 15-year-old Ethan Crumbley, who is charged as an adult with murder and other crimes for the November 30 shooting in Michigan, which also wounded six other students and a teacher.

The lawsuit was announced by Detroit-area lawyer Ven Johnson on behalf of the parents of Tate Myer, who was killed in the attack, and other students who witnessed the shootings. It alleges negligence by school officials and Crumbley’s parents.

“Our family will never be the same. We’re not doing good. All we do is walk around the house and think about Tate.”

The lawsuit, which seeks at least 25,000 dollars, names Oxford High School’s dean of students, two counsellors and three teachers as defendants. Crumbley and his parents also are named as defendants.

The suspect’s parents are accused of intentional, reckless and negligent conduct that led to the mass shooting.

School staff and teachers are accused of gross negligence that led to the shooting by not removing Crumbley from the school earlier.

The lawsuit was filed on Thursday in Oakland County Circuit Court on behalf of Tate’s parents, William and Sheri. Also named as plaintiffs are Chad and Meghan Gregory, whose son Keegan was hiding in a school toilet with Justin Shilling when Justin was shot dead.

The lawsuit was also filed on behalf of Lauren Aliano, whose daughters, Sophia Kempen and Grace Kempen, were hiding in classrooms during the shooting.

Prosecutors have said the gun used in the shooting was bought days before by James Crumbley and their son had full access to it.

The lawsuit filed on Thursday says Keegan was texting his family from a toilet cubicle “and describing these horrific events” as Justin was shot.

Crumbley “then ordered Keegan out of the cubicle and on to the floor, whereupon Keegan instead dashed out the bathroom door to safety”, the lawsuit read.

The school is about 30 miles north of Detroit. It reopened on Monday with its interior renovated since the shooting.

In December, Jeffrey and Brandi Franz filed a pair of lawsuits in federal court and county circuit court seeking 100 million dollars each against the district.

Their 17-year-old daughter Riley was shot in the neck. Riley’s 14-year-old sister Bella, a ninth grader, was next to her at the time.

Their lawsuit says school officials and high school staff did not do enough to prevent the shooting and protect students.