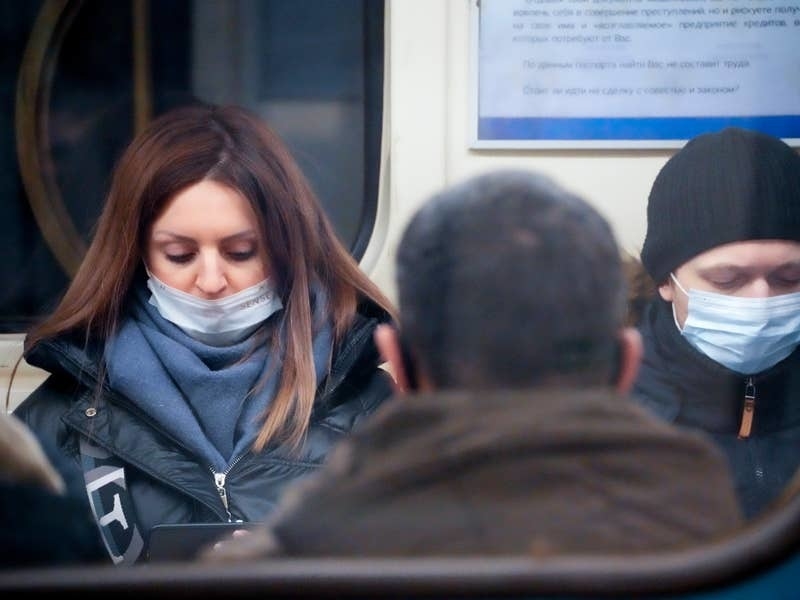 New coronavirus infections in Russia have hit an all-time high, the third consecutive daily record as the highly contagious Omicron variant spreads through the country.

The Omicron variant has been detected in 64 of the country’s 89 regions and Deputy Prime Minister Tatyana Golikova says that authorities expect it to become the dominant variant.

Just about half of Russia’s 146 million people have been fully vaccinated despite the fact that Russia was among the first in the world to approve and roll out a Covid-19 vaccine.

Still, daily new infections in Russia have been steadily climbing since January 10.

Russia’s state coronavirus task force has registered 326,112 deaths since the start of the pandemic.

The state statistics agency, which uses broader counting criteria, puts the pandemic death toll even higher, reporting the number of virus-linked deaths between April 2020 and October 2021 as more than 625,000.

Russia’s authorities admit that this surge could end up as the country’s biggest yet but have not so far announced any major restrictions.

A nationwide lockdown was not being discussed, officials said, and the government decided to postpone indefinitely restrictions for unvaccinated people. These would have been an extremely unpopular among vaccine-hesitant Russians.

Russia has also cut the required isolation period for people infected with Covid-19 from 14 to seven days, although it remains unclear when that takes effect.

Authorities say the country’s soaring infections so far have not led to a similar rise in hospital stays.