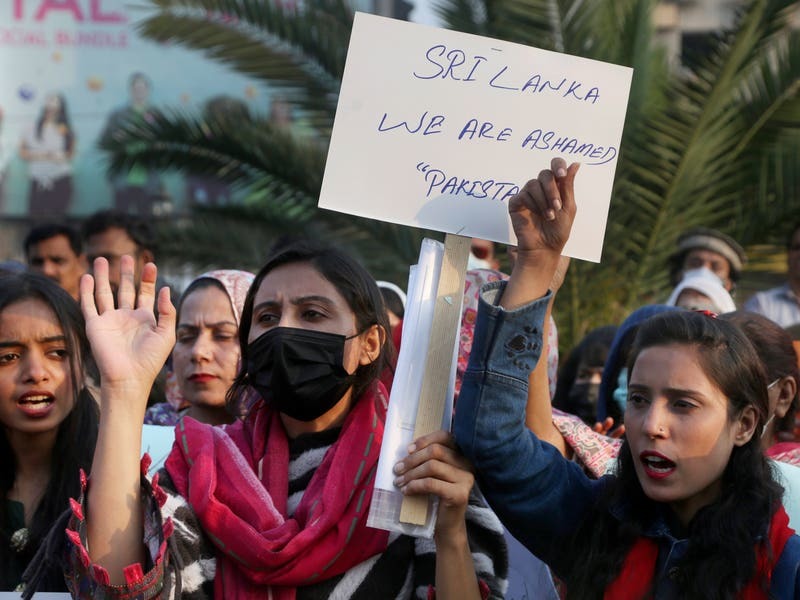 Pakistan’s prime minister told Sri Lanka’s president that more than 100 people have been detained in the lynching of a Sri Lankan factory manager and suspects will be “prosecuted with the full severity of the law”.

Imran Khan said in a tweet that he spoke to Sri Lankan President Gotabaya Rajapaksa by phone to convey the country’s anger and shame and assure him that justice would be done for Friday’s “vigilante killing” of Priyantha Kumara.

A mob of hundreds of enraged Muslims descended on the sports equipment factory in the district of Sialkot in Punjab province after the Sri Lankan manager of the factory was accused of blasphemy.

The mob grabbed Mr Kumara, lynched him and publicly burned the body, according to police.

The charred body of the victim will be transported to Islamabad.

From there, Sri Lankan embassy officials will take the coffin home, officials said.

In the conservative society of Pakistan, mere allegations of blasphemy invite mob attacks.

Police have arrested 13 suspects and detained dozens of others allegedly involved in the attack.

Pakistan’s government has long been under pressure to change the country’s blasphemy laws, a move Islamists strongly resist.