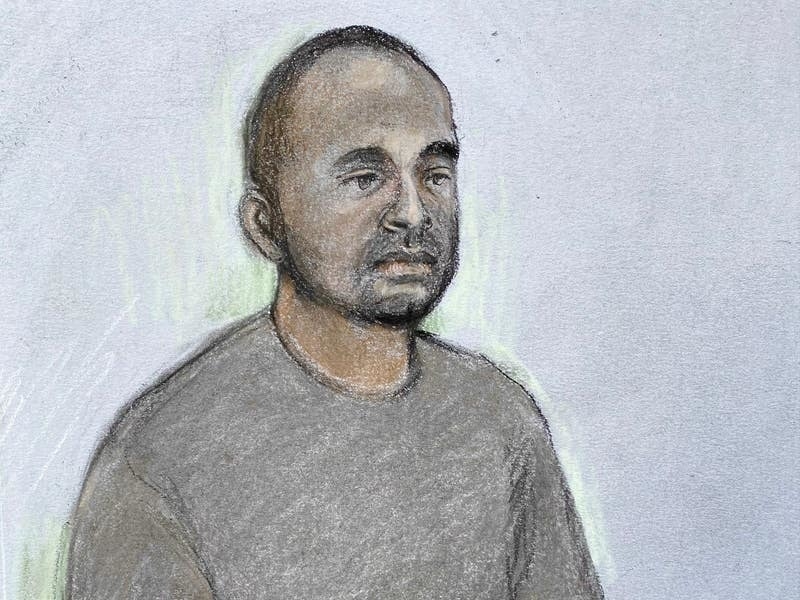 Lee Byer, 44, pleaded not guilty to the murder of 87-year-old Thomas O’Halloran in Greenford, west London, on August 16.

Mr O’Halloran, a grandfather who was said to be well known in the local community, collapsed from his mobility scooter outside Runnymede Gardens having been stabbed repeatedly.

Mr O’Halloran was able to tell the passer-by that he had been stabbed, although wounds to his body were clearly visible.

By the time officers arrived minutes later, he had collapsed and was being helped by members of the public.

Police and medics took over first aid but he was pronounced dead at the scene at 4.54pm.

A post-mortem examination found he had sustained multiple stab wounds to the neck, chest and abdomen.

At a hearing on Friday at the Old Bailey, Byer stood in the dock as he pleaded not guilty to both charges.

The defendant, who is in custody, faces a trial of up to three weeks from May 2.

Mr O’Halloran, originally from Co Clare in the west of Ireland, was a passionate musician and was described as “very popular” in Greenford, often busking for charity.