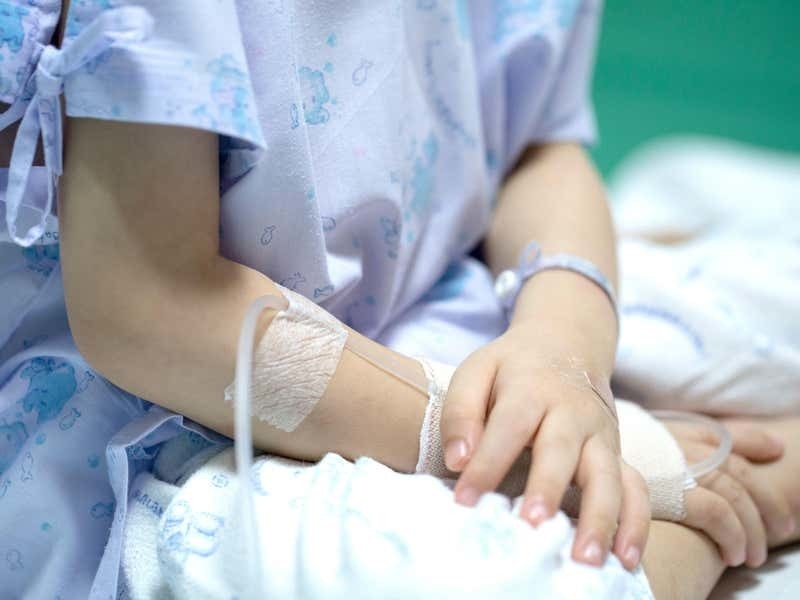 Children at primary schools affected by the Strep A outbreak could be given antibiotics as a blanket prevention measure, in a move described as “rare” by health officials.

A government minister revealed the plan in response to the eighth death of a child from the infection.

According to the i, the “highly unusual” move would see penicillin or an alternative antibiotic given to all children in a year group that had been hit by a case of Strep A – even if they did not have symptoms.

But isolation among children during the pandemic may have contributed to them having reduced immunity, the officials reportedly said.

The plan was floated by health minister Lord Markham in the House of Lords on Monday.

The Conservative peer said: “We have given instructions to doctors that where necessary they should be proactively prescribing penicillin as the best line of defence on this, and also where there is a spread in primary schools, which we know is the primary vector for this, whether they should be working with local health protection teams, and sometimes actually look at the use of antibiotics on a prophylactic basis.”

The UK Health Security Agency (UKHSA) told the PA news agency the measure of prescribing antibiotics to children in a school or nursery exposed to non-invasive Strep A was “rare”.

The agency added the move is only considered in “exceptional circumstances” by the Outbreak Control Team (OCT) on a “case-by-case basis”.

“There is no good evidence of (antibiotics’) effectiveness in routine outbreak control in this setting (involving children who have been contacts of non-invasive Strep A),” UKHSA said.

“It can be considered in exceptional circumstances by the OCT, for example when there are reports of severe outcomes, or hospitalisations.

“In school and nursery settings, antibiotic chemoprophylaxis is not routinely recommended for contacts of non-invasive (Group A streptococcus) GAS infection.”

Strep A infections can develop into a more serious invasive Group A Strep (iGAS) infection – though this is rare.

It comes after an eighth child was believed to have died with an invasive form of the Strep A bacteria. They were reportedly a pupil at Morelands Primary, in Waterlooville, Hampshire.

Shortly before that, a year eight student at a secondary school in south-east London was confirmed as the seventh death from the infection.

Online NHS information suggests Strep A infections such as scarlet fever can be treated with the antibiotics penicillin and amoxicillin.

Asked about the recent rise in cases on Monday, Prime Minister Rishi Sunak’s official spokesman said: “We are seeing a higher number of cases of Group A strep this year compared to usual.

“The bacteria we know causes a mild infection which is easily treated with antibiotics and in rare circumstances it can get into the bloodstream and cause serious illness.

“It is still uncommon but it’s important parents are on the lookout for symptoms.”

Strep A infections are usually mild and can be easily treated with antibiotics.

Illnesses caused by the Group A strep bacteria include the skin infection impetigo, scarlet fever and strep throat.

There has been a big leap in the number of scarlet fever cases.

There were 851 cases reported from November 14 to 20, compared to an average of 186 for the same timeframe in previous years.

Symptoms of scarlet fever include sore throat, headache and fever, along with a fine, pinkish or red body rash with a “sandpapery” feel.

On darker skin, the rash can be harder to see but will still be “sandpapery”.

If a parent or carer suspects scarlet fever, they should call their GP or 111 as prompt treatment with antibiotics can prevent serious illness and stop the spread of infection.