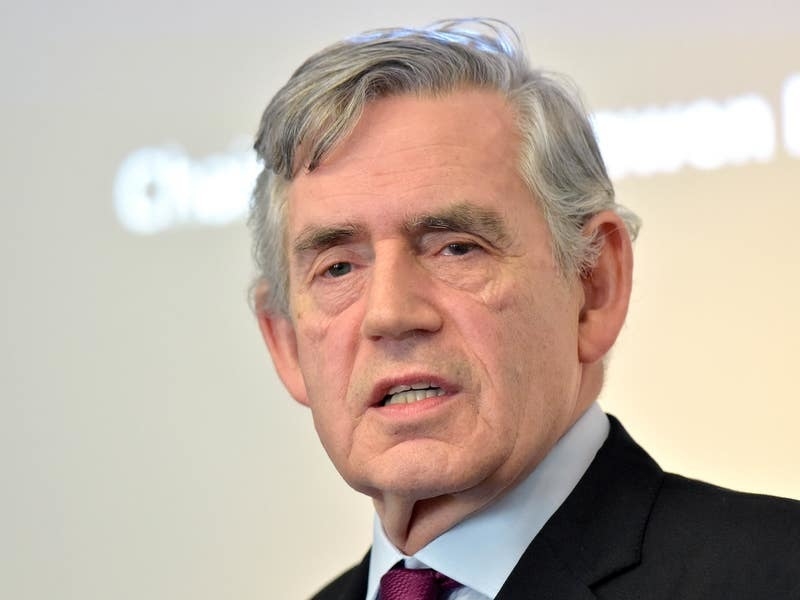 Abolition of the House of Lords must form a key part of Labour’s plans to overhaul the way Britain is governed, former prime minister Gordon Brown has said.

Mr Brown and party leader Sir Keir Starmer are to unveil the report of the party’s commission on the UK’s future – which the ex-premier headed – at a joint press conference in Leeds on Monday.

Sir Keir will hail the proposals for political and economic devolution as “the biggest ever transfer of power from Westminster to the British people”.

But in a briefing for Scottish journalists ahead of the launch, Mr Brown insisted the current upper chamber was “indefensible” and had to go.

He warned that the issue could “come to a head” when Boris Johnson publishes his resignation honours list which is expected to include a number of new peers.

The former Labour leader said there was a feeling many in the Lords were there “simply because they have been friends with the Conservative Party and not because of their contribution to public policy”.

He added: “Every second chamber in the world, with very few exceptions, is relatively small and usually smaller than the first chamber. And we’ve now got a House of Lords that has got 830 members.

“Therefore the current system is indefensible.”

Among the report’s 40 recommendations is a call to give local communities new powers over skills, transport, planning and culture to drive growth.

Combined with local growth plans, the report argues this will enable the emergence of hundreds of ‘clusters’ of economic activity in cities and towns across the UK.

New powers over transport and infrastructure and development and planning – including compulsory purchase orders on vacant sites – would be handed to the devolved administrations, the mayors and local authorities.

The report also proposes a series of measures to clean up politics including a new anti-corruption agency, an integrity and ethics commission to replace the various existing “ad hoc bodies” and a ban on most second jobs for MPs.

“We have an unbalanced economy which makes too little use of the talents of too few people in too few places.

“We will have higher standards in public life, a wider spread of power and opportunity, and better economic growth that benefits everyone, wherever they are.

“By setting our sights higher, wider, better, we can build a better future together.”

He will say the report reflects the demand from people across the country for a “new approach”.

“During the Brexit referendum I argued for Remain, but I couldn’t disagree with the basic case that many Leave voters made to me,” he will say.

“They wanted democratic control over their lives so they could provide opportunities for the next generation, build communities they felt proud of, and public services they could rely on.

“And I know that in the Scottish referendum in 2014, many of those who voted Yes did so for similar reasons. The same frustration at a Westminster system that seems remote.”