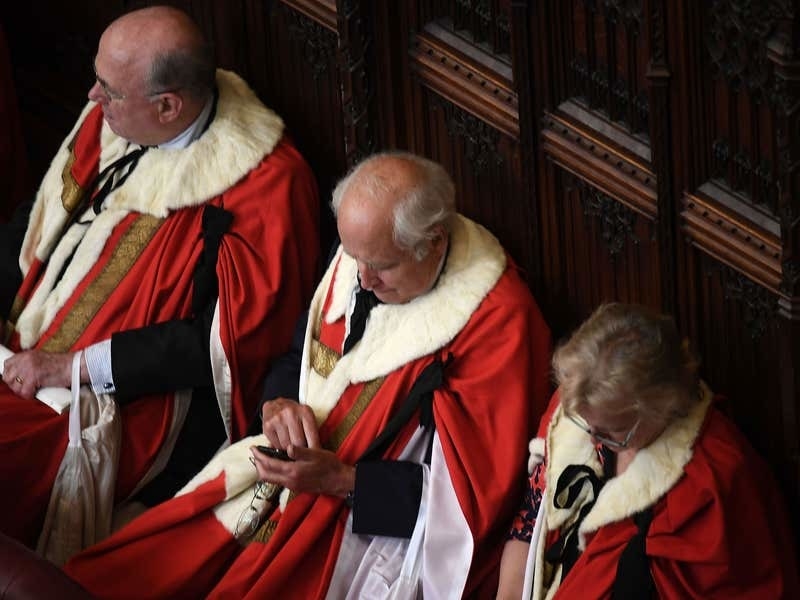 Labour is to make abolishing the House of Lords a key part of reforms to the UK parliamentary system – with former prime minister Gordon Brown insisting the UK’s current upper chamber is “indefensible”.

Instead Labour will create a new democratic second chamber, to be called the Assembly of Nations and Regions, Mr Brown said.

The proposal is included in the Commission On The UK’s Future report, which Mr Brown has produced for Labour – which also sets out proposals for tackling corruption in politics, and banning MPs from having second jobs.

While Tory peer Lord Norton has warned politicians to be “wary of some Big Bang reform” to the House of Lords, Mr Brown was adamant change was needed.

He added: “Every second chamber in the world, with very few exceptions, is relatively small and usually smaller than the first chamber. And we’ve now got a House of Lords that has got 830 members.

“Therefore the current system is indefensible.”

The new second chamber Labour proposes would have a “role in protecting the devolution settlement”, seeking to prevent the Sewell Convention – which states Westminster should not normally legislate in areas reserved to the devolved governments without their consent – being “overridden”, Mr Brown said.

He added the issue of Lords reform will “come to a head again when Boris Johnson has a resignation honours list” – with the former Labour leader noting neither he nor his predecessor Tony Blair had put forward nominations to the Lords when they left Number 10.

As well as abolishing the House of Lords, Mr Brown said a “new anti-corruption agency will be set up under Labour”, with the Integrity and Ethics Commission set up to replace existing “ad hoc bodies”.

The former PM insisted there would be a ban on second jobs for MPs if Labour wins the next election – though he indicated there could be an exemption to that for those MPs who need to work to maintain professional qualifications such as doctors and lawyers.

Changes in these areas are needed because “you’ve got a prime minister who has been called before the House of Commons for misleading them, and you’ve got ethics advisers who have resigned because they do not believe ethics are being pursued properly at the centre”.

“The criticisms people have of Westminster, Whitehall are very strong, and change has got to be important to sorting that out.”

He insisted the House of Lords was “emblematic of that”, claiming there is a feeling that many peers have been given roles there “simply because they have been friends with the Conservative Party and not because of their contribution to public policy”.

Labour leader Sir Keir Starmer has appeared to hint that some of the reforms contained in the report he commissioned may take some time to deliver.

“Whether it’s the reforms in this report or more generally, it is realistically going to take more than one term for Labour to turn our country around,” Sir Keir told the Sunday Times.

He added that consideration about “when and how this is implemented” would come after Monday, when the report is published.