I should not be making Northern Ireland budget decisions, says Heaton-Harris 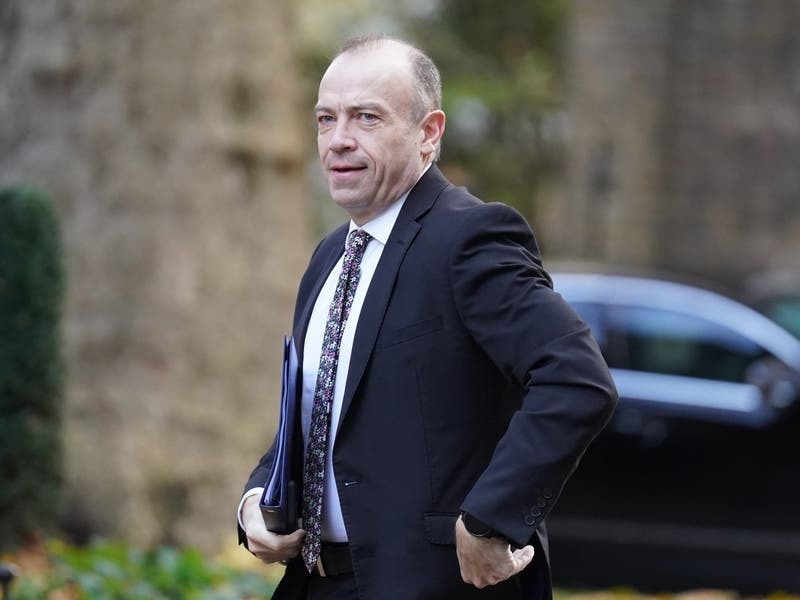 The Northern Ireland Secretary has said he should not be the one setting the region’s budget.

Chris Heaton-Harris was obliged to step in amid a DUP boycott of devolved government in protest at the Northern Ireland Protocol.

DUP leader Sir Jeffrey Donaldson has said his party will not nominate ministers to set up a fresh Executive at Stormont until the UK Government takes action on the post-Brexit trade arrangements.

“Setting the budget should be the job for the Executive and democratically elected members of the Assembly,” he said.

“It should not be me who is having to do this.”

Mr Heaton-Harris said he has acted to protect the Department of Health and Department of Education budgets “as much as I possibly can” but warned of “almost unchecked spending” in education.

“Their budgets are protected to a greater extent – in health there is an extra £760 million being spent compared with last year, education also gets an increase,” he said.

“But, actually, the education department was one of those departments where spending did seem to be going along almost unchecked; certainly some of the projects they had at the very start of this year will have to wait a bit longer.”

Asked if there is enough in the health budget to award pay increases for nurses who have voted to strike, the minister said: “I honestly don’t know. I’d like to think so. We have done what we can to try and protect the health and education budgets as best as possible. There is extra funding in there.

“I’d like to think people will see that we’ve done everything we possibly can to both protect services and provide the salary increases that people asked for.”

The Secretary of State also warned that Stormont “needs to balance its books”.

“I was reminded… that other revenue-raising measures have been mooted, but these should be decisions that elected members of the Assembly take, not me.”

He said the budget guarantees public services to the end of the financial year.

“Obviously a rate needs to be set for the next financial year, and also we have got to start planning for next year too in the next couple of months,” he added.

“There is a lot to be done, but I really do want to have the Executive up and running, ministers in place, because they’re the people who should be taking these decisions.”

Asked what the Government is doing to allay DUP concerns on the protocol, Mr Heaton-Harris said the unionist community “is right to be concerned about what has come from the protocol”.

“We are going to sort those out,” he said.

“Meanwhile, there are really, really important things going on domestically in Northern Ireland, and I’m taking decisions on a budget. These decisions should be taken by locally elected representatives – that’s the whole point of devolution.

“I understand the pushback from certain elements of the unionist community, but that’s what locally elected people are for.”

He said he is talking to the DUP and all the parties “all of the time”.

“Obviously I know their position; the British Government’s position is set out in the Northern Ireland Protocol Bill, which has actually gone through all its stages so far in the House of Lords without any amendment,” he said.

“But the hope would be agreement (with the European Commission) first.”