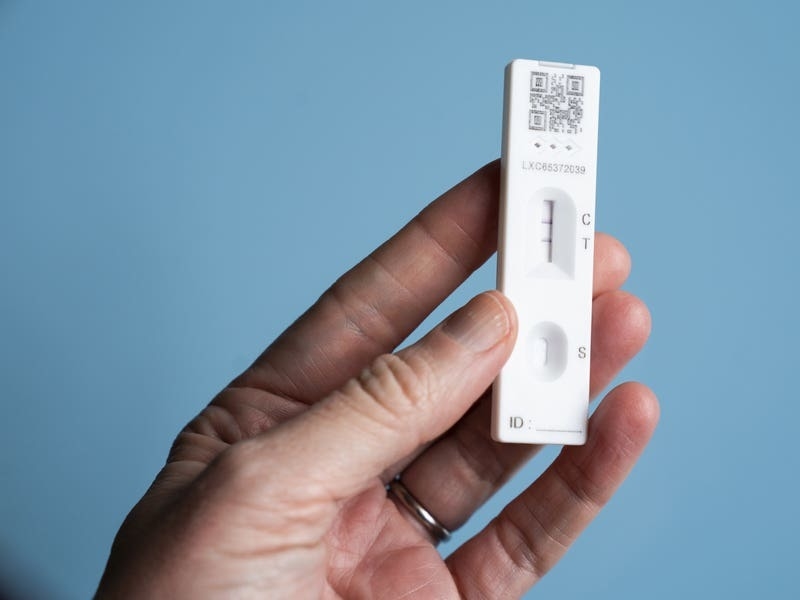 Total Covid-19 infections in the UK have jumped 25% to their highest level since mid-August though not all parts of the country are currently experiencing a rise, new figures show.

England and Northern Ireland have both seen an increase while the trend in Scotland and Wales is uncertain.

There has also been a “marked” rise in infection levels among over-70s.

Several new Covid-19 variants have been identified in the UK but are all circulating at a low level. It is not yet clear if they are the main drivers of the increase in infections.

Some 1.3 million people in private households across the UK are likely to have tested positive for coronavirus in the week to September 26, according to the Office for National Statistics (ONS).

This is up from 1.1 million in the previous week.

There is a lag in the reporting of the ONS data due to the time it takes for the survey to be compiled.

More recent figures show the number of people in hospital who have tested positive for Covid-19 is now on a clear upwards trend in much of the country, suggesting a fresh wave of coronavirus is under way.

“The rest of the UK is a mixed picture with uncertain trends in Wales and Scotland and a recent increase in Northern Ireland.

“Amongst the over-70s there has been a marked increase in infections in England this week, a trend which we will closely monitor as the winter months progress.”

In England, the number of people testing positive for coronavirus in the latest survey was 1.1 million, or around one in 50, up from 857,400, or one in 65, in the previous week.

In both Scotland and Wales the trend is described by the ONS as “uncertain”.

Professor Mark Woolhouse of infectious disease epidemiology at Edinburgh University described the figures as “not yet alarming but they are concerning,” adding this is “the third year in a row” there has been a rise in cases during the autumn.

“There is a tendency to attribute this to the start of the school year but schools have never been the main drivers of the epidemic and school-aged children currently have neither the highest nor fastest rising prevalence of infection,” he continued.

“More likely, the driver is the end of the summer and a general return to more indoor activities across all age groups, coupled with a waning of vaccine immunity.”

“At this stage, it is difficult to know whether or not this is the beginning of a significant winter wave of infection in the UK. So, it is important that the survey data continue to be monitored very closely and that surveillance for new variants continues.

“The most effective step people can take to protect themselves and others is to take up the offer of booster vaccinations.”

All people in the UK aged 65 and over are currently eligible for a fresh booster dose of Covid-19 vaccine, providing they had their last jab at least three months ago.

Around four in 10 (40.3%) of people aged 80 and over in England are now likely to have received an autumn booster, along with a similar proportion (41.0%) of 75 to 79-year-olds, according to the UK Health Security Agency (UKHSA).

Infection rates in England are highest among people aged 70 and over with 2.5% likely to have tested positive for coronavirus in the latest survey, or around one in 40, the ONS said.

Several new Covid-19 variants “may be contributing” to the rise in infections, according to separate research published on Friday by the UKHSA.

The variants are currently at a low level but some are believed to have a degree of immune escape, meaning a person’s immune system can no longer recognise or fight this type of virus.

Three of the variants show evidence of a “growth advantage” compared to Omicron BA.5, which is currently the dominant variant in the UK.

A total of 9,631 people with coronavirus were in hospital in England as of 8am on October 5, according to NHS data.

Patient numbers topped 14,000 in mid-July at the peak of the BA.4/BA.5 wave, then fell steadily until mid-September, since when they have been increasing.

Scotland and Wales are both seeing an increase in Covid-19 patients, while in Northern Ireland the recent fall in numbers has levelled off.