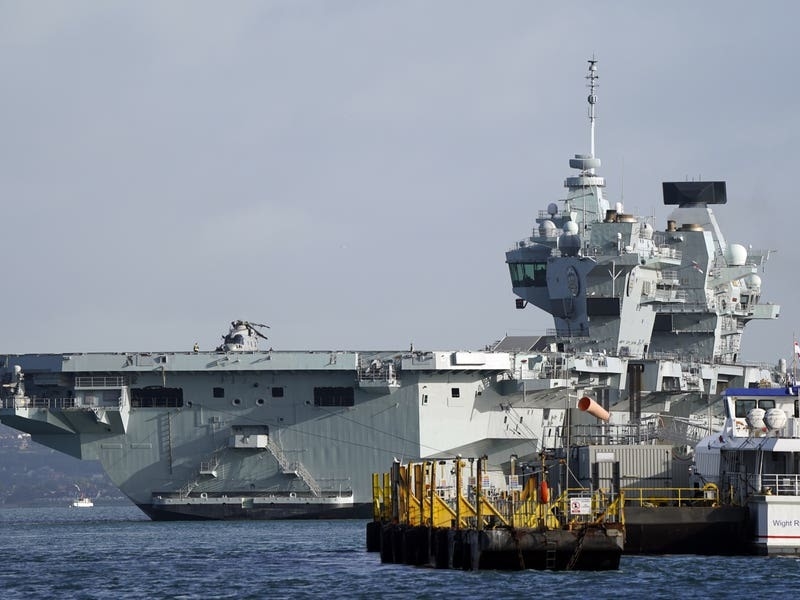 The departure of beleaguered Royal Navy aircraft carrier HMS Prince of Wales to head for repairs has been delayed again after the £3 billion warship suffered a further technical problem.

The Nato flagship broke down off the Isle of Wight in August after sailing from Portsmouth Naval Base to take part in flight trials and diplomatic visits in the US.

Inspections by divers and engineers found that the 33-ton starboard propeller, the same weight as 30 Ford Fiesta cars, had malfunctioned with a coupling holding it in place breaking.

The carrier was taken back to Portsmouth for further examination by engineers from Babcock before the decision was taken for it to travel to Rosyth, Fife, where it was built, to undergo repairs in dry dock.

It is understood that an unconnected technical problem has now occurred onboard, meaning the departure has been put back again until at least 11pm.

The sailing is dependent on the issue being resolved as well as high tides to enable the giant warship to leave Portsmouth Harbour.

The Navy has not commented on how long the repairs at Rosyth are expected to take and how long HMS Prince of Wales will be absent from its role as Nato flagship, but it is understood it will be months rather than weeks.

Its sister ship HMS Queen Elizabeth changed its autumn plans to travel to the US to take over some of the planned engagements including hosting the Atlantic Future Forum in New York – a defence conference aimed at strengthening UK and US bonds.

“Our initial assessment has shown that coupling that joins the final two sections of the shaft has failed.

“This is an extremely unusual fault and we continue to pursue all repair options.”

A Royal Navy spokesman said: “HMS Prince of Wales is preparing to sail to Rosyth to undergo repairs to her right propeller shaft.

“The full extent of the repairs will be known once the ship has entered dry dock.

“We are committed to getting HMS Prince of Wales back on operations, protecting the nation and our allies, as soon as possible.”