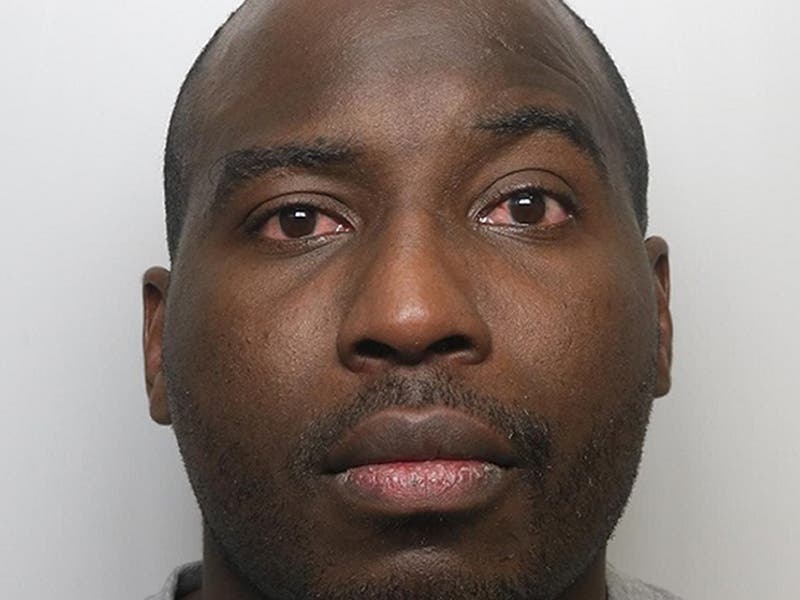 An arsonist who killed two of his neighbours in a “premeditated and devastating revenge attack” has been sentenced to a whole life order in jail.

Hakeem Kigundu, 32, admitted pouring petrol in the hallways of Rowe Court in Reading, Berkshire, and starting the fire that killed Richard Burgess, 46, and Neil Morris, 45,  at around 2.45am on December 15, 2021.

Two residents were also seriously hurt, Joel Richards suffered third-degree burns, while Laura Wiggins was left with a punctured lung, a kidney hematoma and fractures to her pelvis, ribs, right arm and spine.

Kigundu, a Ugandan national believed to have entered the UK illegally using his brother’s passport, bought 40 litres of petrol, a sledgehammer, and a “V For Vendetta” mask in the days before the fire.

He also outlined his intention to kill his neighbours in a voice note, and created an email address with the words “burn them all”.

“Six days before the fire, he made his lethal intentions clear in the audio diary note and the email address.

“He had prepared the possessions he wished to take away with him. There is no question of him committing suicide.

“He planned to commit the attack at night, because that would reduce the chance of a resident discovering that huge amounts of petrol had been spread in the rear lobby leading to the staircase on the ground floor and the second floor landing.

“That would also substantially increase the chances of causing death and serious injury.

He added: “I do not accept that any real remorse has been shown, acceptance of guilt, yes, but not remorse.”

Survivors and bereaved relatives tearfully embraced in the courtroom when the sentence was passed, and outside one person shouted: “Justice has been served”.

Emily Wiggins, the daughter of Laura Wiggins who was left wheelchair-bound for six months due to the extent of her injuries, also told the PA news agency: “We are really happy with the verdict. We’ve got justice.”

Prosecutor Alison Morgan KC said Kigundu planned the attack after growing angry that his neighbours had complained about his antisocial behaviour and losing his job as a BT engineer in the months before.

Lawyer Hayley Garey, of the Crown Prosecution Service, said she hopes bereaved families and survivors feel justice has been served.

“He started the fire in the middle of the night when he knew it would cause the most harm, damage, and ultimately deaths.

“The strength of the evidence gave Kigundu no option but to plead guilty to the charges against him.

“Our thoughts are with the families of the victims who were killed, and with the survivors who have lost their homes and most of their possessions.

“We hope this sentence can bring them some sense of justice.”

The court previously heard a voice note recorded by Kigundu on December 9, in which he appeared to state his intention to cause the “death” of his neighbours, some of whom had complained about his antisocial behaviour and who he referred to as “persistent c****”.

Former Rowe Court resident and bus driver Mr Richards, 55, who risked his life to rouse two people before jumping from a second-floor window, said he saw Kigundu laughing from his car parked outside as the building burned.

Kigundu had earlier addressed the court, saying that the teachings of the Koran compelled him to plead guilty.

On September 20 he admitted two counts of murder, two counts of causing grievous bodily harm, and one count of arson with intent to endanger life.