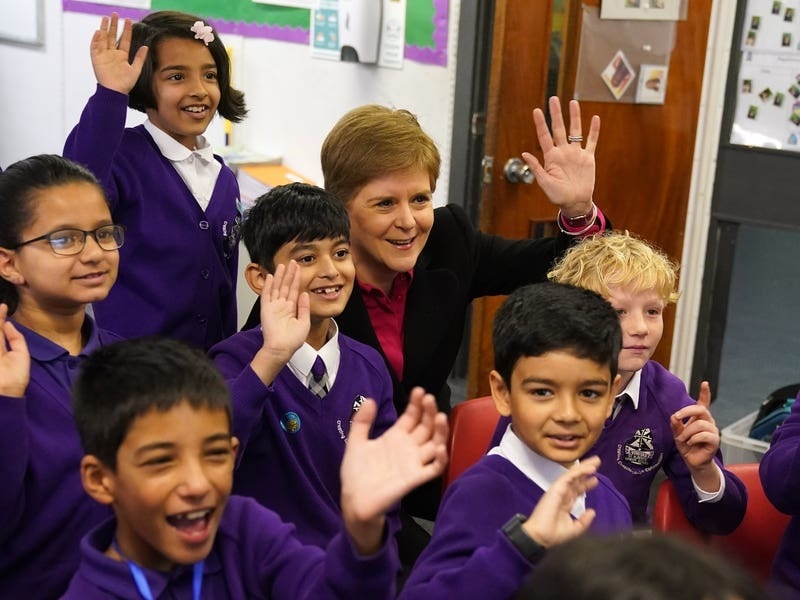 Racial abuse targeted at primary school pupils in Glasgow on social media has been reported to police as a hate crime, council officials have confirmed.

The Twitter messages were posted in response to a photograph of Nicola Sturgeon visiting the multi-cultural St Albert’s Primary School in the Pollokshields area of the city.

Headteacher Clare Harker did not hesitate to inform police of the abuse, saying school staff were “horrified” by the actions of some social media users.

“Thankfully the pupils in the photo are unaware of the online abuse as they’re so young, but all the teachers and parents are appalled.”

Ms Harker said the First Minister had sent messages of support to the children and the school.

“Thank you to everyone, including the First Minister, for their messages of support for the children and school. Their kind words have helped reaffirm our faith in human beings following the disgusting online abuse,” she added.

“People should not be afraid to report hate crime. It is very important that, when it happens, we all do so. In our experience, the police will treat it very seriously.

“We had officers in the school yesterday and it sends out a very clear message to our older pupils and our wider community that no-one should tolerate abuse – it must be reported.”

Councillor Christina Cannon, Glasgow’s convener for education and equalities, said: “Glasgow is proud to be an inclusive city enriched by its diversity. Our slogan is ‘People Make Glasgow’ and that means all people. We do not tolerate hate crime and I encourage anyone who witnesses it or experiences it to report it either to the police or via a Third Party Reporting Centre.

“Sadly, the online abuse aimed at children in one of our primary schools is a sickening reminder of precisely why everyone needs to stand up to hate crime.”

The campaign aims to highlight exactly what a hate crime looks like and encourages victims to report them.

“Police Scotland operates a zero tolerance approach to hate crime on social media platforms and those identified will be dealt with in the appropriate manner.

“We would encourage anyone to report social media hate crime offences to Police Scotland on 101 or at a designated third party reporting centre.

“We are committed to providing a professional and consistent approach to victims of hate crime, treating everyone equally with due regard to their differences.”