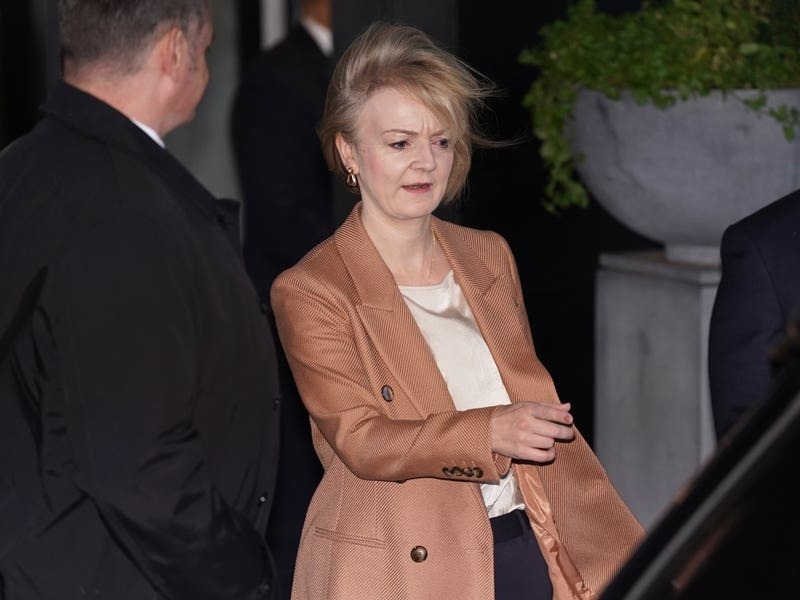 The Prime Minister did not rule out raising the state pension age as she sought to resist speculating on “all kinds of decisions that haven’t yet been made”.

But addressing a question on the issue, Liz Truss also said she would “do what it takes” to address the economic headwinds facing the UK.

The state pension age is currently 66.

But a review is currently under way.

Reviewed every six years, the latest was launched in December last year, and the findings are due to be published no later than May 2023.

With the Prime Minister under pressure to balance the books, she was asked by broadcasters in Birmingham whether she will end up raising the state pension age beyond 67.

“What’s first of all important is that we dealt with the energy prices people were facing. We’ve helped to curb inflation through that intervention.

“We’ve reduced taxes to get the economy growing.

“And that is what we need to do because we are facing a very difficult international situation, a slowing global economy.

“So yes, I will do what it takes to fix those issues.”

Caroline Abrahams, charity director at Age UK, said: “Raising the state pension age improves the Government’s finances in the longer term, but there’s no objective justification for it at the moment as life expectancy has clearly stalled.

“Age UK cannot support such a move, especially as we know that the people who will lose out the most are those unable to work up to their state pension age due to ill health and caring responsibilities, as well as anyone with few or outdated qualifications who becomes unemployed in mid-life.

“As things stand, and against the context of endemic ageism in the labour market, any decision by the Government to make today’s 50-somethings wait longer for their state pension would be setting up hundreds of thousands of ordinary men and women for a miserable and impoverished period in their run-up to retirement – a regressive and deeply regrettable step.”