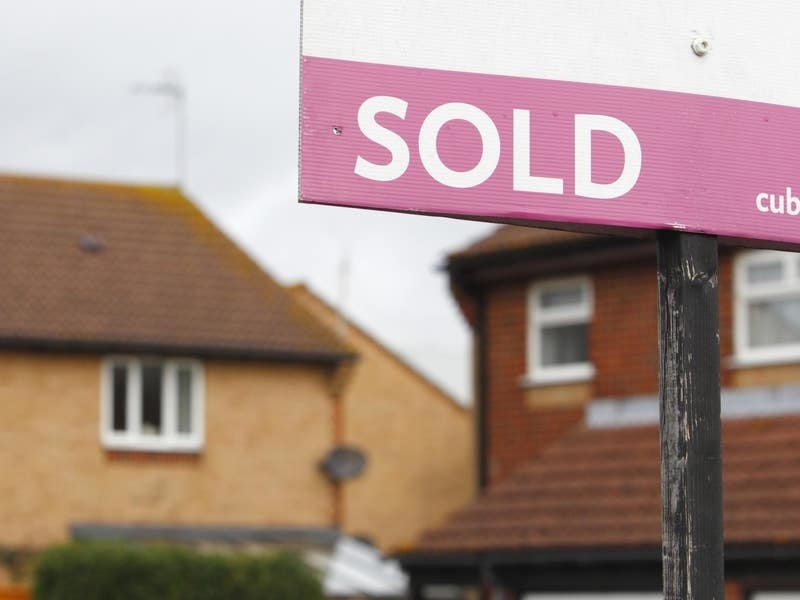 The number of home-buyer mortgage approvals increased sharply in August, to the highest level since January, according to the Bank of England.

But experts said the jump in loan approvals is likely to reflect people trying to lock into mortgage deals amid expectations of rising interest rates, rather than being evidence of a strengthening in demand.

This is the highest level since 74,500 approvals were recorded in January, and a notable rise following a downward trend over the previous several months, the Bank’s Money and Credit report said.

Lenders have been increasing their rates, following a rise in swap rates, which are used to price mortgages.

Nationwide Building Society reported on Friday that house price growth stalled month on month in September, but, on an annual basis, property values were still 9.5% higher than a year earlier.

Approvals for re-mortgaging (which only capture re-mortgaging with a different lender) also continued to increase, to 49,400 in August from 48,400 in July. This is close to the pre-pandemic average in the 12 months up to February 2020 of 49,500, the Bank of England said.

Samuel Tombs, chief UK economist at Pantheon Macroeconomics, said: “The sudden leap in house purchase mortgage approvals in August to their highest level since January likely reflects people attempting to secure loans ahead of expected increases in mortgage rates, rather than a fundamental strengthening of demand.”

Founding director of Revolution Brokers, Almas Uddin, said: “Mortgage approvals have continued to climb skyward in recent months, despite mortgage rates increasing in line with numerous base rate hikes by the Bank of England.

“This has been spurred by a sense of urgency from the nation’s home-buyers, who are keen to secure what remain fairly reasonable rates in anticipation of further increases to come this year.”

Jeremy Leaf, a north London estate agent and a former residential chairman at the Royal Institution of Chartered Surveyors (Rics), said: “These figures look very much like the calm before the potential storm, following the recent turmoil on the financial markets.

“Nevertheless, we certainly believe activity will retain its momentum for a few months at least as buyers seek to take advantage of lower mortgage rates before they climb even higher.

“Approvals are generally a better indicator of direction of travel for the market than more volatile house prices so we will be keeping an even closer watch on approvals over the next few months.”

Households continued to deposit less money into their accounts than they did before the coronavirus pandemic.

The combined net flow into both bank and building society deposits and NS&I accounts in August was unchanged at £4.3 billion, remaining below the average monthly flow of £5.5 billion during the 12-month pre-pandemic period up to February 2020.