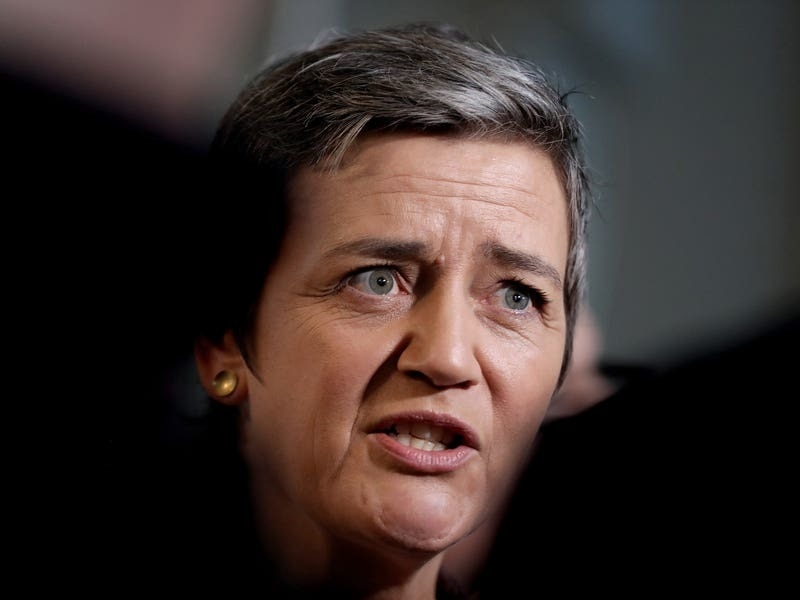 An EU Commissioner has said the UK should be finding ways to resolve the impasse over the Northern Ireland Protocol.

European Commission executive vice-president Margrethe Vestager said the European Union has tabled “so many pragmatic solutions” to the issues raised by the UK.

The EU and the UK remains deadlocked over the Northern Ireland Protocol.

The relationship between Brussels and London has been strained by the British Government tabling legislation that would seek to rip up post-Brexit arrangements.

Ms Vestager is visiting Dublin for a series of meetings with the Government amid the energy crisis.

Asked whether she has concerns that the economic turmoil in Britain will place further strain on relations, Ms Vestager said: “Well, as I see it, when you are in a strained situation. You should not increase strain, you should find ways to put to rest problems that you’ve had in the past.

“The European Union stands with Ireland to find solutions in the EU-UK protocol and we have tabled so many pragmatic solutions to the issues raised by the UK.

Ms Vestager was critical of the British legislation designed to override parts of the protocol.

“The protocol is really important for fair competition, level playing field and for Ireland being as fully an integrated part of the single market as has been, as it should continue to be,” she told RTE Morning Ireland.

Meanwhile, the Commissioner also said she appreciates the “strong Irish support” for the country’s commitment to a minimum corporate tax rate of 15%.

“What I really appreciate is the strong Irish support for a rule to set a minimum of 15% effective taxation.

“I think the work done in the Euro group and Ireland supporting this measure, that is basically a global measure, is really, really important, because that will that will make sure that corporations contribute.”

Ms Vestager is set to discuss the ongoing war in Ukraine with during her meeting with the Government on Friday, and the energy crisis the conflict has created.

She said that EU’s seven sanctions have taken their toll on the Russian economy, and that the EU is in it for the “long haul”.

“Sanctions they must be maintained because obviously, the Russians, they are trying to find their ways around it,” she added.

“Russian sanctions will be maintained and new sanctions should be imposed after these scam referendums that has been held in in parts of Ukraine.”