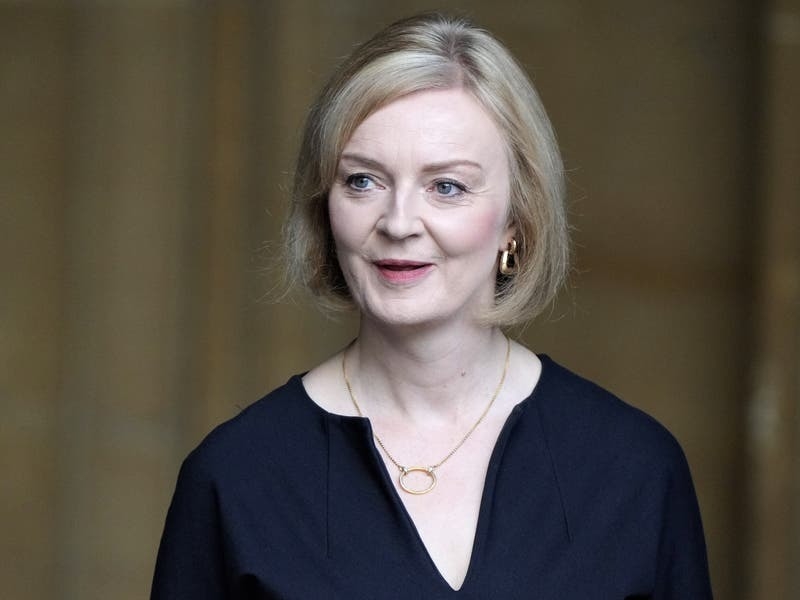 Prime Minister Liz Truss has insisted the Government’s tax-cutting measures are the “right plan” in the face of rising energy bills and to get the economy growing despite market turmoil sparked by the Chancellor’s mini-budget.

In her first public comments since the mini-budget market chaos, Ms Truss defended Chancellor Kwasi Kwarteng’s measures, insisting “urgent action” was needed, although she admitted the Government’s decisions have been “controversial”.

The Prime Minister told BBC Radio Leeds: “We had to take urgent action to get our economy growing, get Britain moving and also deal with inflation.

She said the mini-budget was the “right plan”, in spite of mounting calls – including from the International Monetary Fund (IMF) – for a U-turn on some of the policies announced last Friday after the pound sunk to a record low of 1.03 against the US dollar on Monday.

As Ms Truss took to the airwaves, the FTSE 100 Index in London fell by more than 2% at one stage following a rollercoaster ride of volatility on Wednesday, with the bounce from the Bank of England’s intervention fading as investors remained worried about the Government’s economic plans.

On Wednesday, the Bank launched an emergency government bond-buying programme to prevent borrowing costs from spiralling out of control and stave off a “material risk to UK financial stability”.

The Bank announced it was stepping in to buy up to £65 billion worth of government bonds – known as gilts – at an “urgent pace” after fears over the Government’s tax-cutting plans sent the pound tumbling and sparked a sell-off in the gilts market, which left some UK pension funds teetering on the brink of collapse.

He told BBC News: “What is more important here? The Chancellor and the Prime Minister saving face or saving the mortgage payments of millions of people across the country?

Arriving for a visit to a local employer in Darlington on Thursday, Mr Kwarteng insisted he would be sticking to his guns.

“Absolutely. We are sticking to the growth plan and we are going to help people with energy bills. That’s my two top priorities,” he told the PA news agency.

Ms Truss faced public questioning about her economic plans for the first time following the fallout from the mini-budget as she toured regional BBC radio stations in a morning round of interviews.

Asked whether she would stick to her plan, Ms Truss told BBC Radio Norfolk: “This is the right plan that we have set out.

“This is about making sure people are going into the winter not worried about high fuel bills, which is what we were looking at.

“It was simply unconscionable that we could have allowed that to happen.”

She acknowledged the measures announced in the mini-budget last week would take time to have an effect and sought to assure that the Chancellor was working “very, very closely” with Bank of England governor Andrew Bailey.

She said: “Of course lots of measures we have announced won’t happen overnight. We won’t see growth come through overnight.

“What is important is that we are putting this country on a better trajectory for the long term.”

“There are always ways that we can organise things more efficiently. What I want to make sure is that taxpayer money is focused on front line services,” she said in a pooled clip for broadcasters.

The Bank’s extraordinary intervention effectively saw it bail out the Government and came amid echoes of the 2008 financial crisis.

It stepped in as the market woes forced pension funds to sell UK government bonds to head off worries over their solvency, which threatened to see them suffer severe losses.

It came after the value of some long-dated bonds had halved in value in recent days.

The gilts sell-off eased after the emergency action, while the pound has also steadied since Monday’s record plunge – standing at 1.08 US dollars thanks in part to the Bank’s move to signal that “significant” interest rate hikes may be on the way to calm sterling and tame inflation.

But there are fears the pound may yet be heading towards parity with the dollar, with the Chancellor not planning to give more details on how tax cuts will be funded until his November fiscal event.

Former Bank governor Sir Mark Carney has also warned the Government’s measures have seen it work at “cross-purposes” with the central bank and under-cut the UK’s key economic institutions.

Different government departments have reportedly been asked to draw up plans for efficiency savings aimed at reducing future borrowing.

It all comes just days before Tory MPs and thousands of members will descend upon Birmingham for Ms Truss’ first party conference as Prime Minister.

Some of the party’s “big beasts”, including defeated leadership candidate Rishi Sunak, are reportedly not attending the conference.