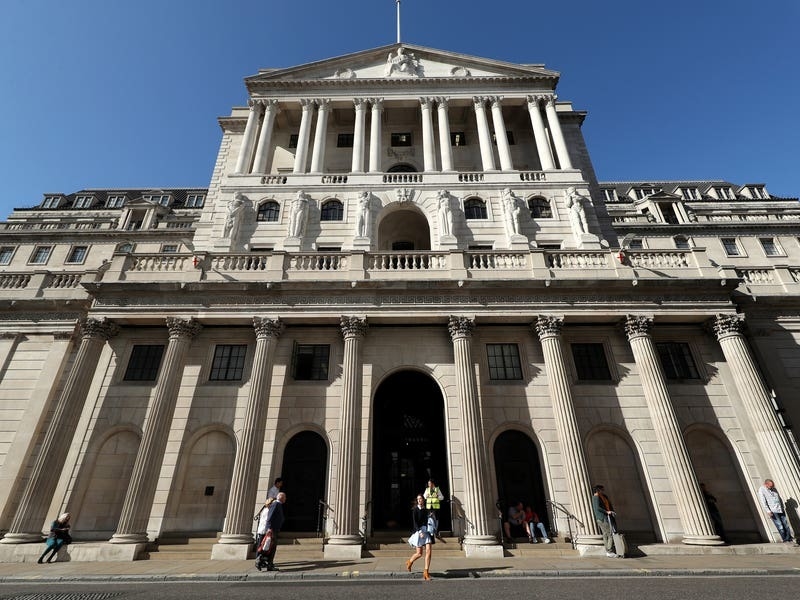 The pound’s plunge to a record low against the US dollar has sparked speculation that the Bank of England may be forced to hike interest rates in an emergency move to stem the run on sterling.

Financial markets were awash with speculation that the Bank may need to increase rates less than a week after it last pushed the button on a rate rise to 2.25% and before its next scheduled meeting in November.

Market experts said the Bank may need to increase rates by as much as one percentage point – to 3.25% – to steady the plunging pound as it hurtles towards parity with the US dollar following the Chancellor’s mini-budget tax cut announcements.

Neil Wilson, chief market analyst at Markets.com, said: “The central bank is in a tough place and any intervention might only be a sticking plaster as the path of least resistance for the pound is lower; parity gravity.

“Despite this, to not act would be wilful neglect.”

He said Mr Bailey’s tenure “will be remembered for this moment”, but added the Governor will need to take a “considered approach” and also balance the risk of a knee-jerk reaction creating more panic in markets.

He said: “If the BoE stands idly by as the pound craters it would be as guilty as (Kwasi) Kwarteng.

“But it might hope that sterling rights itself and recovers before it needs to say or do anything: the parity gravity makes this rather risky.”

The comments came as Sir John Gieve, former deputy governor of the Bank of England, said he would be worried if he was still in the job as sterling falls against the dollar.

He told BBC Radio 4’s Today programme: “I think I would be worried.

“The Bank, and indeed the Government, have indicated that they are going to take their next decision in November and publish forecasts and, so on that point, the worry is that they may have to take action a bit sooner than that.”

Former Bank policymaker Martin Weale had cautioned last week that the new Government’s economic plans would “end in tears” – with a run on the pound in an event similar to what was recorded in 1976.

Financial markets are currently pricing in rates to rise from 2.25% to 3.75% in November, which implies a rise before the next meeting and at the scheduled decision on November 3.

The Bank has already increased rates seven times in a row to try and rein in soaring inflation, with the latest hike last Thursday from 1.75% to 2.25% – the highest level since December 2008.

Russ Mould, investment director at AJ Bell, said there was co-ordinated central bank action to devalue the US dollar in 1985 – the last time the pound was this low against the dollar.

He said: “Multi-year lows in not just sterling but the (Japanese) yen and euro against the greenback also hark back to the mid-eighties when only multi-lateral Government intervention stopped the dollar in its tracks, with the so-called Plaza Accord.

“The G5 – as they were then – agreed at a meeting in New York to devalue the dollar against the Japanese yen, German deutschmark, French franc and the pound, and with the Bank of Japan already intervening in the foreign exchange markets it will be interesting to see if we get any co-ordinated action this time around.”

BREAKING: One person has died, two injured and ‘about a dozen’ missing after huge explosion in St Helier

'We saw about six flats and three floors all completely collapsed'

Snowfall in Jersey possible – but Met Office not confident in forecast

Jeremy Hunt: People do not want ‘endless wrangling over the constitution’