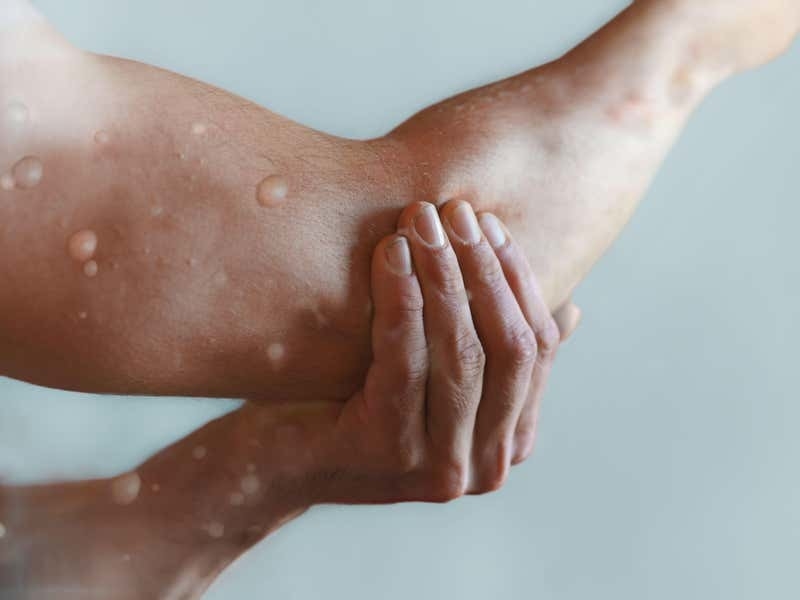 Those most at risk from monkeypox will be offered second doses of the vaccine, as cases continue to fall, the UK Health Security Agency (UKHSA) said.

Sexual health clinics will continue to prioritise offering first doses to those at highest risk.

Some clinics will offer eligible people a second dose, which the UKHSA said should provide longer-term protection.

Modelling published on Friday suggests vaccinating 25% of the groups most at risk could significantly reduce the risk of transmission.

“Prioritising vaccine stock where possible for second doses for those at highest risk will help us maximise protection and interrupt transmission. When you are called forward for vaccination, please take up the offer.”

The Joint Committee on Vaccination and Immunisation (JCVI) endorsed the UKHSA’s proposal to offer second doses to those at highest risk.

There are no current plans to widen the offer of vaccination beyond the existing priority cohorts, but the decision will be kept under review.

Those that are eligible for vaccination will be called by the NHS.

Second doses will be offered from around two or three months after the first dose.

As of September 20, more than 45,000 people have received a dose of the vaccine, including over 40,000 gay, bisexual and other men who have sex with men who are at highest risk of exposure.

After falling throughout August, the number of monkeypox cases in the UK has continued to decrease.

There was a peak of 60 cases per day in mid-July.

In early September there were fewer than 15 cases per day on average.

As of September 16, there were 3,585 confirmed and highly probable cases of monkeypox in the UK.

Analysis of wider infection trends suggests changes in behaviour in the groups most at risk may have contributed to the reduced case rates.

The UKHSA also confirmed delivery of 20,000 additional vaccine doses from Bavarian Nordic, the single global supplier of the vaccine being used in response to the current outbreak of monkeypox in the UK.

The vaccine doses are available for NHS services to order and are being distributed now, with a further 80,000 vaccine doses expected to arrive later this month.

Everyone at highest risk will have access to two doses of the vaccine in the coming months.