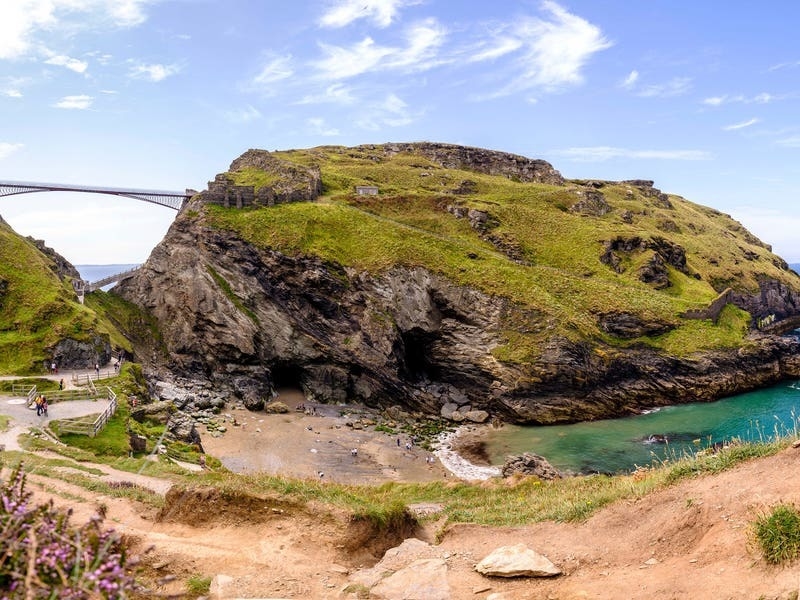 A Cornish castle immortalised in British mythology as the place of King Arthur’s conception is at risk of tumbling into the sea as climate change increases the pace of coastal erosion.

Tintagel Castle is one of several sites at risk of being lost forever, English Heritage has warned, as rising seas pound the coastline.

The heritage body described the rate of land lost over the last few years as “alarming”, warning that sea levels are now rising at their fastest rate for nearly three millenia.

The charity has now launched a multimillion-pound fundraising appeal to fund works to halt the damage to the sites it manages.

He continued: “To give this some context, last century sea levels rose by 14cm along the southern coast of England.

“Climate change is accelerating the issues faced by our coastal heritage and creating huge challenges for organisations like English Heritage seeking to protect it.”

Mr Woodside added: “Rising sea levels and more regular storms pose a real risk to the future of many of our sites.”

His mythological account of the history of the kings of Britain, Historia Regum Britanniae, cemented Tintagel’s place in the national imagination.

It is thought this new-found celebrity inspired Richard, Earl of Cornwall, to start building a castle there in the 1230s.

English Heritage said the site has always battled with erosion, with parts of the castle already falling into the sea by the 14th century.

But it said recently parts of the cliff directly in front of the visitors centre had been lost, affecting the viewing area and the coastal path.

It is hoping to raise £40,000 to repair this and the damage caused by last winter’s storms.

It is situated on a terrace cut from the rocky river bank, making it vulnerable to flooding, English Heritage said.

On the island of St Mary’s in the Isles of Scilly, the Garrison Walls are also at risk.

The walls, which were built to strengthen the island’s defences after the attempted invasion by the Spanish Armada, have “pinch points” which take the full force of the tide and make them vulnerable to erosion.

Hurst Castle in Hampshire, an artillery fortress built by Henry VIII, saw a huge section of the 18th century east wing collapse in February 2021 after the sea undercut its foundations.

English Heritage said work to stabilise the damaged section has been completed, but warned the sea walls around the original Tudor fort are also in urgent need of repair at an estimated cost of £160,000.

In Cumbria, 14th-century Piel Castle stands on a rapidly eroding low-lying island around half a mile from the coast of Morecambe Bay.

Built to guard Barrow-in-Furness against pirates and Scots raiders, swathes of the surrounding island have already been lost, while some of the castle fell into the sea in the 19th century.

Mr Woodside said: “Hundreds of heritage sites in the UK and around the world are increasingly at risk.

“If these coastal properties are to survive the coming decades, we will need to strengthen their walls and build sea defences to protect them. It is for this reason that we are launching a public appeal to raise funds for this vital conservation work.”