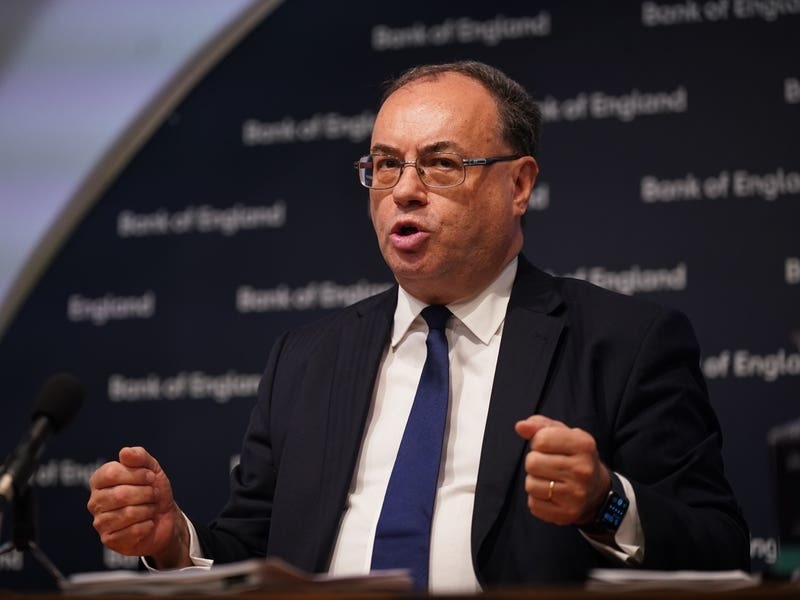 The UK’s global competitiveness could be harmed by too much political interference in the regulation of the City of London, the Bank of England (BoE) governor has said.

Tory leadership contenders Liz Truss and Rishi Sunak have both said they want to reform key EU financial regulations, and give politicians more power to intervene in regulators’ decisions, in an effort to boost the nation’s economy.

In an open letter to the Treasury Select Committee, dated July 27, Andrew Bailey said regulatory independence was vital to the nation’s “international standing”.

His comments came in the wake of the Government introducing a Financial Services and Markets Bill aimed at revoking retained EU law on financial services.

Mr Bailey said that the BoE “welcome the proposals for regulators to have increased responsibility for setting regulatory requirements… within a strong policy and accountability framework set and overseen by Parliament”.

However, he stressed “anything that would weaken the independence of regulators would undermine the aims of the reforms”.

Mr Bailey continued: “We welcome the increased accountability mechanisms set out in in the Bill, which strike an appropriate balance between the desire for independent regulators to be more responsive to new risks and opportunities and the need for Parliament, stakeholders, and the public at large to hold regulators to account fully.”

In a statement to the Financial Times, the Treasury said: “The Government welcomes the governor’s comments and will continue to work closely with the regulators as we implement the reforms.”