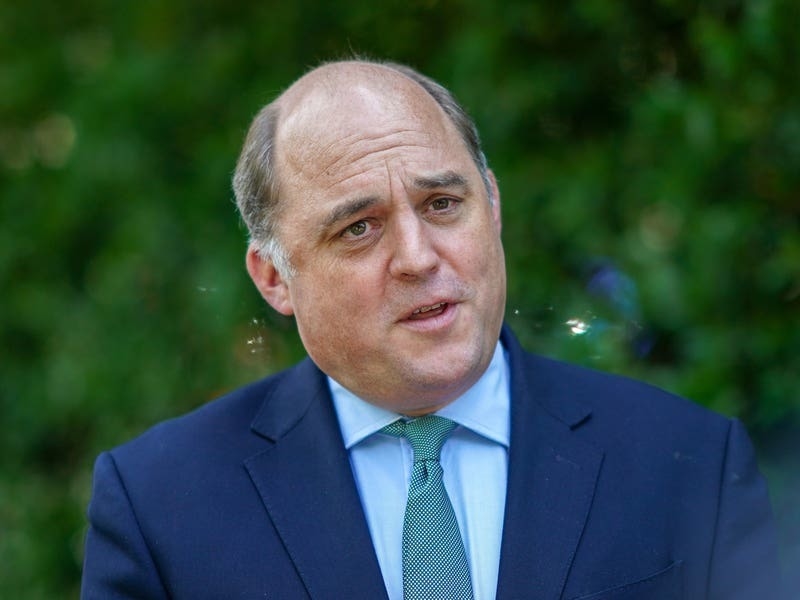 The Defence Secretary has said it is “clear” explosions at a Russian air base in Crimea were not caused by “someone dropping a cigarette”, as he dismissed Moscow’s “excuses” for the blasts.

It comes amid speculation the fireballs – which killed one person and wounded several more – were the result of a Ukrainian attack.

Ben Wallace said he believes anyone’s “manual of war” would deem the site on the Crimean peninsula – which was annexed by Moscow in 2014 – a “legitimate target” for Ukraine to strike.

Ukraine’s air force has claimed nine Russian jets were destroyed in the blasts on Tuesday, although the country’s officials have stopped short of publicly claiming responsibility.

Moscow, meanwhile, has denied any aircraft were damaged, or that an attack took place.

He told the BBC: “We’ve pretty much dismissed most of the Russian, I think, excuses – everything from a cigarette butt, I think was one of them, that might have set off two simultaneous large explosions.

“I think when you just look at the footage of two simultaneous explosions not quite next to each other, and some of the reported damage even by the Russian authorities, I think it’s clear that that’s not something that happens by someone dropping a cigarette.”

Russia’s state news agency Tass cited an unnamed defence ministry source as saying the key cause of the blasts seemed to be “violations of fire safety rules”.

Asked if the base was a legitimate target for the Ukrainians to strike, Mr Wallace said: “First and foremost, Russia has illegally invaded, not just in 2014, but now Ukrainian territory.

“Ukraine, under United Nations articles, is perfectly entitled to defend its territory and take what action it needs to against an invading force.

“So, is it legitimate? It’s absolutely legitimate for Ukraine to take lethal force, if necessary, but take force in order to regain not only its territory, but also to push back its invader.

“And that air force base has been used by Russian air forces to bomb Ukrainian targets. So I think in anybody’s sort of manual of war it would be a legitimate target.”