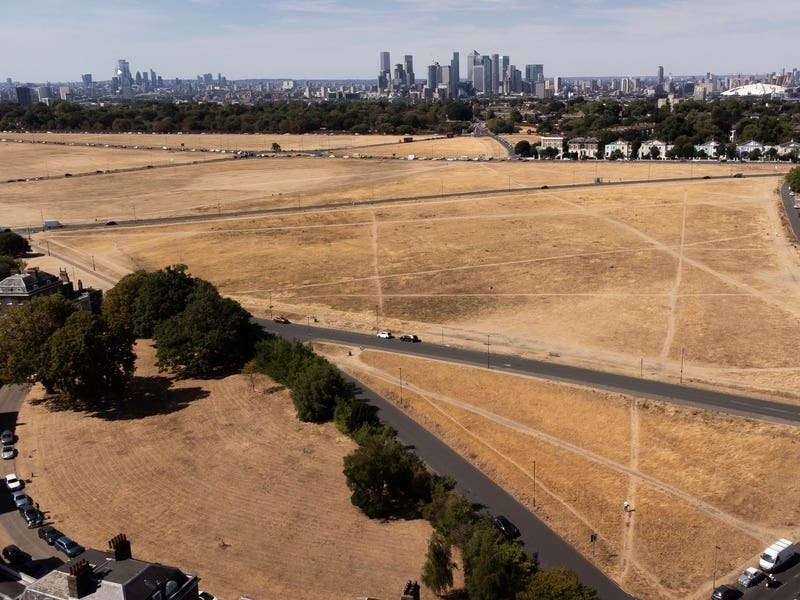 Britain is braced for another heatwave that will last longer than July’s record-breaking hot spell, with highs of up to 35C expected next week, forecasters have said.

Temperatures over the coming days will remain lower than last month’s scorching 40.3C but the warmth will continue over a “prolonged period”, the Met Office has said.

People have been urged not to host barbecues in the tinder-dry conditions after 15 homes were evacuated following a garden fire that spread out of control in Essex.

Area manager Neil Fenwick said: “While summer weather usually provides the perfect opportunity to host a barbecue or gather around a chiminea in the evening, we’re strongly discouraging people from having any kinds of fires at the moment.

“The ground across Essex is extremely dry allowing fires to spread easily and quickly.”

The whole of England and Wales is likely to see such weather continue over the coming week as high pressure builds across the UK.

Parts of north-west Scotland may be cloudier and breezier up to Wednesday, but fine weather is expected for all areas of the country later in the week.

Met Office meteorologist Tom Morgan said: “It will be a lot of sunshine for a vast majority of the UK and also temperatures rising day after day.

“Not everyone will initially see those sunny conditions, but towards the end of the week even Scotland and Northern Ireland will join the rest of the UK in having generally fine, sunny and very warm if not hot conditions.

“It does look like a prolonged period of dry weather and obviously that’s bad news for southern England where some rain would really be useful now.

“In terms of temperatures we’re looking at them build from 28C or 29C tomorrow to the low to mid 30s from Thursday onwards, so a fairly widespread heatwave developing across the UK this week.

“The peak of the temperatures look likely to occur on Friday or Saturday.”

Mr Morgan said the West Midlands and West Country could see the highest temperatures, with a maximum of around 35C predicted, but added this was still uncertain.

He added: “The heatwave we saw at the end of July, that was relatively short-lived and saw exceptionally high, record-breakingly high temperatures.

“We’re quite confident temperatures will not go as high as they did during July, but the difference is that this is going to be quite a prolonged period of temperatures in the low 30s, so it will be very notable nonetheless.

“Heatwave criteria are likely to be met across many parts of the UK and there will no doubt be some adverse impacts from heatwave exhaustion, dehydration and so on, so we do anticipate some potentially adverse effects to the NHS and more vulnerable people having heat-related problems through this period of time.”

The Met Office has urged people to follow precautions to avoid becoming overheated, including closing curtains and windows during the day and avoiding the midday sun.

It comes after the Environment Secretary urged more water companies to impose hosepipe bans during an unusually dry August.

George Eustice said some firms have already “rightly” taken action to mitigate the effects of the prolonged dry weather as he encouraged others to follow suit.

His remarks, the first public intervention by ministers, signal possible restrictions on watering gardens, washing cars or filling pools with hosepipes for millions more people across southern England in the coming days.

Southern Water has already imposed a hosepipe ban for customers in Hampshire and on the Isle of Wight, followed exactly a week later for South East Water customers in Kent and Sussex.

Welsh Water has also announced a ban for Pembrokeshire and Carmarthenshire later this month.