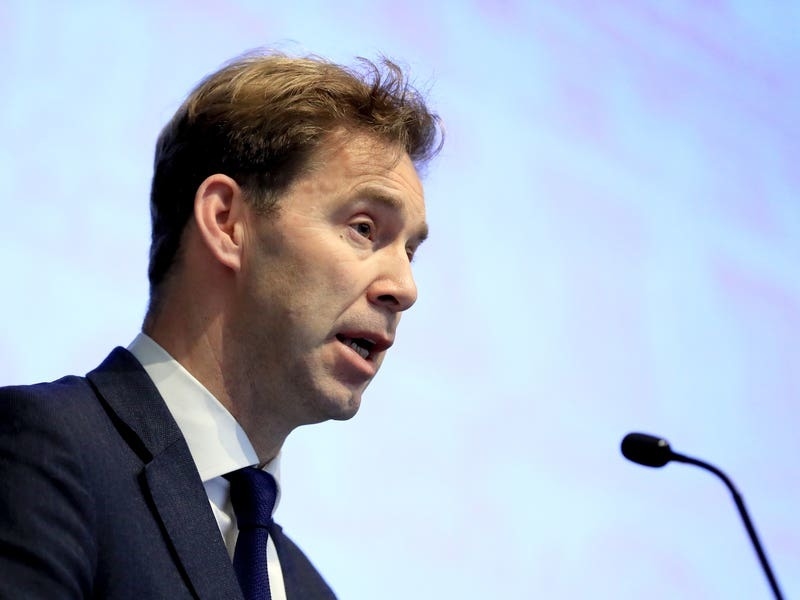 Tobias Ellwood, the Tory MP who lost the party whip after he failed to support the Government in a confidence vote on Monday, said it had been temporarily restored to allow him to vote in the final ballot of the leadership contest.

The Penny Mordaunt-supporting MP had not been expected to have a vote in the remaining ballot of the contest on Wednesday, after he was penalised by the party for missing the confidence vote.

The former minister and chairman of the Commons Defence Committee had argued he was unable to travel back to the UK from a meeting with the president of Moldova.

But on Wednesday afternoon, as voting in the ballot of Tory MPs got under way in Westminster, he tweeted: “Delighted to report my request for a momentary return of the whip has been granted – just long enough for my proxy vote to be cast!”

He also made clear he was still backing Ms Mordaunt.

The decision to strip Mr Ellwood of the party whip had prompted suggestions, rejected outright by allies of the Prime Minister, that Mr Johnson was working to boost Liz Truss’s campaign for No 10.

With Rishi Sunak practically guaranteed a place in the run-off vote of Tory party members, who choose between the final two candidates, it is only Ms Mordaunt standing between the Foreign Secretary and her place in the next decisive stage of the contest.

“After Tobias Ellwood MP failed to attend an important vote he had the Conservative Party whip suspended.

“To ensure that the whips’ office neutrality in the leadership contest cannot be questioned, the whip has been temporarily unsuspended from Tobias Ellwood MP.

“Upon the conclusion of today’s leadership contest, Tobias Ellwood MP will have the whip suspended.”

Mr Ellwood had earlier said that recent weeks have been a “sad chapter” in the history of the Conservatives, warning that the party had “lost our way”.

Mr Ellwood told Sky News that he deeply regretted losing the whip, but said he did not ignore the whip’s office and kept the party informed of his movements.

“I am very sorry I didn’t make it back.”

He told Sky News that he did not want to speculate about the reasons why he specifically lost the whip, adding: “I’d be then fuelling the blue-on-blue (attacks), which I’m actually trying to avoid.

“Let’s focus on how we can move forward and make sure that we conclude this leadership campaign to the highest professional standard that I think the British people want to see.”

Mr Ellwood had harsh words for his party, after a turbulent few weeks in British politics that has seen the Conservative Party unseat Mr Johnson as Prime Minister, a precursor to what has turned into an increasingly bitter contest to replace him.

Speaking to Sky News from Odesa, Ukraine, he said: “The nation wants to be impressed and inspired, not demoralised, by what they’re witnessing right now.

“And we need to perhaps exhibit greater decorum, dial the temperature down a bit, showcase the ideas, the vision, focus on those things that are important, that the nation wants to see.

“That’s what will earn us the right to stay in Government, otherwise we’re just going to be letting ourselves down and indeed committing ourselves to probably a long spell in opposition.”

He said of the Bournemouth MP: “He was in Moldova, rather than Ukraine. He was not on Government work, he is a backbench MP.

Mr Clarke suggested that Mr Ellwood knew the consequences of missing the vote.

“Look, I’m not a member of the whip’s office. What I will say is that there are clear arrangements in place which all MPs understand, which govern the conditions for absence from votes, most especially critical votes like a motion of confidence in the Government, which has the potential to trigger a general election,” Mr Clarke told Sky News.